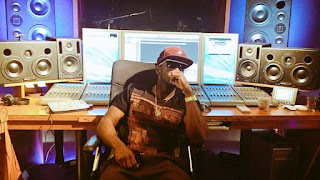 From the early stages of his music journey Beloit Wisconsin, US native Daiyon, the Million Dollar Voice, has  worked with Lil Jon, Bun B and has recently written for  and recorded songs with Grammy certified platinum producers Vudu Spellz (Ludacris, DTP, R.Kelly, Jamie Foxx, Bangladesh ) and Arthur McArthur (Chris Brown, Wiz Kalifa, Drake, Rick Ross, Big Sean, Dr. Dre)  so it is safe to say Daiyon is no stranger to the ways of the music industry. Traveling, performing and recording in the US and overseas has contributed to Daiyon’s strong work ethic and his seasoned diverse sound has put him in a unique category of his own. Opening for major artists Lil Wayne, Young Jeezy,  G Unit, Young Dro and other big names in the industry gave Daiyon his first  taste of the natural high he gets from performing. He loves the energy he receives from the audience and he loves his fans dearly.  His featured  rap verse  and video appearance on Dj Sun Junkie & Cece Peniston’s  single “Piece Of That”  opened up many opportunities for touring and broadening his fan base. Daiyon’s added spice to the song has contributed to bridging the gap between new & old school music lovers  of pop, dance, edm, hip hop & R&B. “Piece Of That” is still climbing several internet radio charts and has already charted at #1 and #3 on Starfleets Dj Pool charts. The single also charted Internationally at #21 on the offiicialcharts.net between Meghan Trainor (#20) & Katy Perry (#22).

Daiyon’s first promo single “HANDS UP” climbed to #2 above Flo Rida, Nicki Minaj, Will.I.Am, David Guetta, and Jessie J, on Kiss Fm's stations Top 10 charts - 99.4 & 102.5 (Canaries), Kiss Fm 91.6 (Sweden), and KissFMlive.com. Daiyon’s previous released material, including Hands Up, Get Down, We Live, See Me Now ft Cece Peniston and Party Tonight have all received  great feedback and support from Dj’s, PD’s, and industry tastemakers and have helped in creating a buzz in the music community.

Daiyon is not just a buzz worthy artist, writer, or an attractive, marketable sex symbol who loves his fans, but a brand with a clothing and sports apparel line, health & fitness inspired products a modeling venture, International Dime Piece Fan Club.


Listen out for Hands Up and other independent music releases by Daiyon on Skunk Radio Live Hip Hop, Pop and Electronic Music programs.