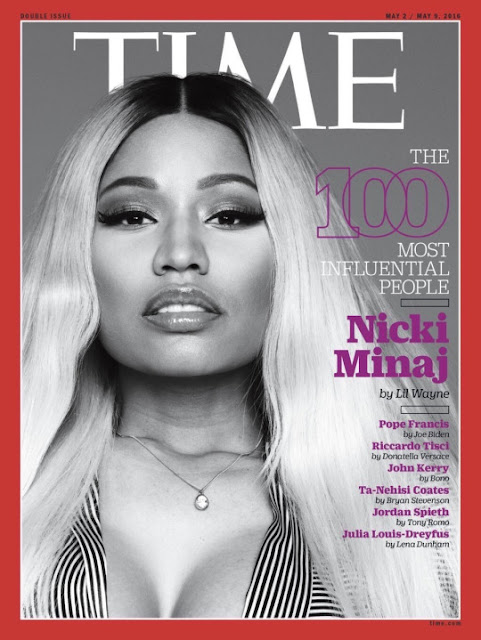 TIME Magazine rolled out their annual 100 Most Influential People magazine covers. They've got several different black and white covers with different public figures on each one, Leonardo DiCaprio, Mark Zuckerberg, Priyanka Chopra and Nicki Minaj among them.

10 Health factors that you can improv…
An Officer and a Spy
How to Get Rid of Mice – 5 Methods
How Do Travel Insurance Companies Cov…
MICRO BUSINESSES
For Nicki Minaj's cover, we get an introduction on the superstar from Lil Wayne who writes two paragraphs describing his first impressions of Nicki, from the street DVD days, and reflects on all she's accomplished present-day. Read what he wrote below.
"You know, in New York they used to have these street DVDs. It just so happened that I appeared in one, and when I looked at the finished product, Nicki Minaj was on a part of the DVD. I was like, “Woooooow!” She was just being Nicki without the glitz and glamour. When I heard the first two and four bars, it wasn’t even about her rapping better than any female rapper. It was about, man, she’s rapping better than other rappers—period."
"I always wanted more for my artists and saw Nicki’s potential from the first moment I laid eyes on her. She’s reached far beyond everything I would have imagined. Man, she’s so influential and doing all the right things. She’s an icon, a boss and a role model to all these young girls out here on how to do it the right way. Her work ethic speaks volumes and has yielded these results. The scary thing is she’s still going. Ha! Nicki Minaj will go down as one of the best to do it in the history of music."


This post first appeared on X URBAN MUSIC MAG, please read the originial post: here
People also like
10 Health factors that you can improve with Delta 8
An Officer and a Spy
How to Get Rid of Mice – 5 Methods
How Do Travel Insurance Companies Cover Covid-19?
MICRO BUSINESSES
The Eight Wives of Henry VI society (EWH6)