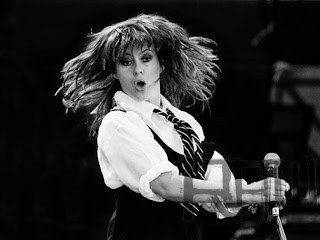 Former Divinyls singer Chrissy Amphlett has died in New York after a long battle with cancer.


The Geelong-born Amphlett, the cousin of the 1960s pop icon ''Little Pattie'' Thompson, rose to fame as the feisty lead singer of the Divinyls, who formed in 1980.

Famous for Amphlett's sexy schoolgirl outfit, torn fishnets and wild on-stage antics, the Divinyls had their first hits, Boys in Town and Only Lonely, after appearing in the 1982 film Monkey Grip.


They had four Top 10 albums in Australia and one in the US. Their biggest-selling single, I Touch Myself, in 1991, was a No.1 hit in Australia, and made the Top 10 in the US and Britain. 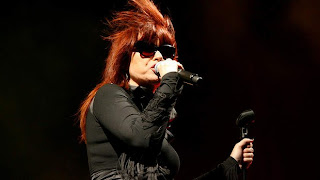 Global tributes continue to roll in for Chrissy Amphlett, who died from illnesses associated with breast cancer and multiple sclerosis, aged 53

The Australian public paid Amphlett the ultimate compliment, pushing the Essential Divinyls album to number one in the iTunes chart, 22 years after it was first released, while the band's 1990 smash hit I Touch Myself had climbed to 17 in the singles chart.

Overseas music magazine NME reported Amphlett's passing yesterday afternoon UK time as a main news item on its website, while the BBC noted that her biggest hit I Touch Myself featured in two films* and was covered by Pink in 2009. The BBC also quoted Russell Crowe who said he'd remember her "loving life and reciting verse"

On Twitter, female singers and celebrities especially were moved to note her passing. Singer-songwriter Sia Furler called Amphlett "one of my greatest influences", comedian Ruby Rose said she was "one of Australia's most iconic, talented and fearless female artists", while Australian musician Clare Bowditch was more subdued: "Take a big bow. Thank you for what you did."

Melbourne columnist Helen Razer said: "I have yet to see a performer pleasure a mic, caress a crowd or smoulder with the heat of Christina Amphlett. Vale". Brisbane singer-songwriter Kate Miller-Heidke and Melbourne music presenter Myf Warhurst also tweeted about Amphlett's death.

Selena Gomez and Margaret Cho were among foreign celebrities to acknowledge her passing and back-at-home comedian Adam Hills called her a "Trail Blazer in a School Uniform", adding: "She deserves a bigger send off than Thatcher." 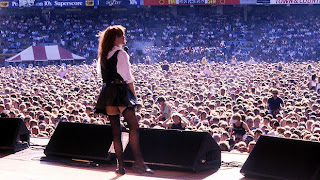