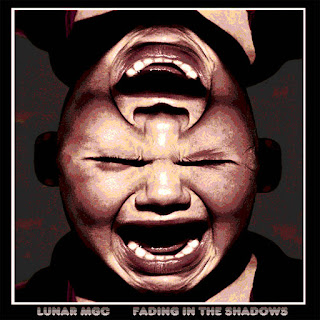 Sunday mornings are easy for a multitude of reasons. We all have our rituals and mine today was relatively common getting up brewing some coffee, making an elaborate breakfast sandwich and buying/listening to a few new albums on bandcamp. Today I grabbed 4 albums randomly throughout the Morning and listened to each of them while fertilizing the lawn, cleaning up the kitchen, and picking up the mess left by my rugrats.

A Guide To Visiting Antigua, Guatemal…
The Friday Roundup – Speech to Text, …
Chuck Rock Game Comparison
How come so many Christians don’t rea…
Beard Bib – Solution For Messy Groomi…
Electric Love Machine – Electric Love Machine
This one hit me with just the right amount of heat. Not only is the band name brilliant, but the music takes on a similar form of Finnish Doom. Not so much doom, it just sounded better to say in that sentence to me, but tripped out stoner/psych with a helping of blues and side of Rock n roll. ELM as you may say when you’re feeling lazy has released a fantastic sounding album which reminds me of their friends Craneium, who released a stellar album last year on bandcamp. Whatever they’re drinking up there in Finland is working. You don’t even need a significant other to enjoy the satisfaction given by the Electric Love Machine. It’s cheap, it’s easy, and it’s sure to provide you with an eargasm or three.

“Crunchy shards of psych scatter the skies as the manic riff fueled machine cranks out a magnetic orgy of noise. Kick off your boots, yank your mind backward and let the ELM take you to the moon and back!!
Alien TV – Vol. 1
Alien TV was recommended via the Hard Rock Revolution facebook group this morning and I noticed I had it in my wishlist from a week or so ago without giving it a listen yet. The recommendation was enough to get me to push play. What else was I going to listen to while I pulled those dandelions from the freshly aerated lawn? It helps me out quite a bit as a matter of fact, and what we have here is some hard driving Greek Stoner Rock. The Greeks are doing to Heavy stoner rock what the Swedes are doing with the Retro Blues. Monopolizing on a high energy rock output with catchy grooves and stellar vocals, Alien TV have nailed it with Vol.1. 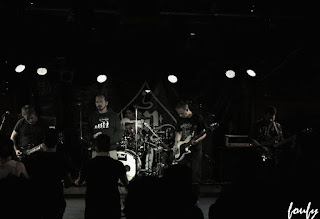 “Greece is beginning to monopolize on this thick, groovy guitar riff driven, balls through the walls RAWK and roll! The vocals are burly, yet melodic and the overall tone ranges from high to low and everywhere in between. This is great! Favorite track: Downtown Miners.”
Linus Pauling Quartet - Ampalanche
Texas psych rockers Linus Pauling Quartet bring a unique style of heavy rock loaded with psychedelics and smoking with an Americana tinged blues. Sprinklings of 70’s rock scatter amongst a wildly melancholic energy. It only took one listen to spend my lunch money on this album. This would go great on vinyl. Linus Paul is doing the country of Texas a service with the cool take on heavy psych. Dig it!!

“The poppy psych is smitten with bluesy groove and heavy riffs as the western riffology professes a spirit of Americana unto its doom ridden attitude and punk smothered heart.”
Lunar Mgc – Fading in the Shadows
I first pushed play this morning on the bands Truth (EP) which was a pleasant surprise. However, it played through much too fast. The eerie atmosphere, combined with wicked riffage caught my attention and led me straight to the full length new LP called Fading in the Shadows. I needed length as the EP had me begging for more which was perfect.

“Fading in the Shadows lurks intensely with psychedelics and lunges steadily using sinister melodies and heavy, angular riffs. Talk about a stiff upper lip, these guys deliver the goods.”
Whether you’re in a rush to get to church, just getting home from tearing down the club all night long, or just lounging around the house hoping Monday never comes, Sunday morning is the perfect time to blast new tunes on bandcamp. See, that wasn’t so hard, you downloaded a couple bad ass albums with the click of a couple buttons. Good job, keep it up! I’ll see you next time.
-The Huntsman


This post first appeared on The Ripple Effect, please read the originial post: here
People also like
A Guide To Visiting Antigua, Guatemala: The Best 5 Things To Do And See
The Friday Roundup – Speech to Text, Text to Speech and Subtitles.
Chuck Rock Game Comparison
How come so many Christians don’t really know God?
Beard Bib – Solution For Messy Grooming
Firebird – Making Of Story