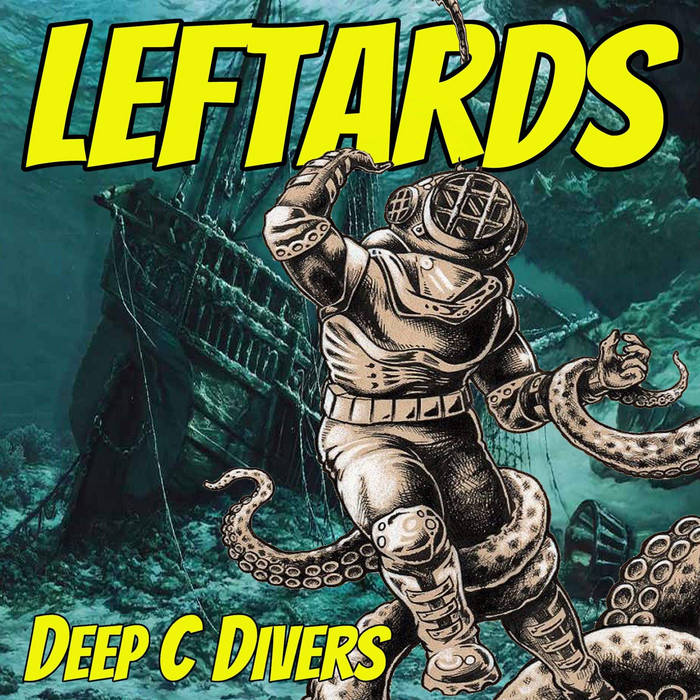 Wreckless Enterprise, an indie label seemingly dedicated to releasing everything on seven inch vinyl, including a twelve Band compilation, have another great release under their belt.

The Leftards Deep C Divers EP is a very different beast to the predecessor, ‘Apocalypse Cabaret’. This exciting four track release has a heightened style and production. There’s a positive, driving sound that seems to have as much in common with mid-sixties garage punk just before the bands started to slide into the psychedelic sounds a few years later (as it does here with a brilliantly subtle use of studio effects) as much as it does with the late seventies first wave of punk.

Kestrel Lodge campsite
Good health and fitness is worth figh…
Deep Narrator – Prince of Piano
Not all advice is good advice
Home Decorating with Small Rugs
This is an earthquake of noise and frenzy. The sounds are blasted out with raw, jagged power that will detonate a new gateway into your mind. Drums thunder and guitars roar as you’re taken on a journey by four individual musicians attuned to each other and all giving colour to the canvas.
From Breech Birth’s warped tape vibe into (Do tha) Blobfish surfie stomp garage force on side one to live favourite Party Drugs and closer, Orange Clown, The Leftards cover new ground yet retain elements of who they are. They are a political, fun, high octane, old school punk rock band and that fits them like a glove.
Not a band to rest on their laurels, The Leftards are already working on a follow-up release in between video shoots and the infighting all good bands have. Deep C Divers is a slab of vinyl worthy of a spot on the shelf of your collection. To quote our mate Sven, “It’s good. But it.”
Keep up with them cause trust us, they are an absolute GOTTA SEE band and we really dig them.