Album Review: the xx – I See You 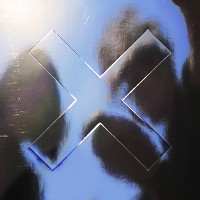 If a new band with a wildly successful debut Album falls victim to the so-called “sophomore slump” with their second release, then their third album is inevitably viewed as a comeback effort of sorts. Such has apparently been the case with London indie pop trio the xx, who recently released ‘I See You’, the follow up to their 2009 debut ‘xx’ and 2012 sophomore LP ‘Coexist’.

Seven journaling topics anyone can us…
Why Friday The 13th Will Be Your Luck…
BuzzFeed Editor, Lara Parker, Uses Ca…
The Brick Turns 21
Elliptic’s solution to keep track of …

For the xx, album number three came after a slight detour. The year 2015 saw band member Jamie xx (aka Jamie Smith) put out a solo album titled ‘In Colour’, which our own Editor Mary described as “polarising” in her essay from June of that year. ‘In Colour’ wasn’t a complete separation for Jamie xx and his bandmates (the xx co-lead singer Romy Madley-Croft contributed vocals), and as far as sonic colour is concerned, ‘I See You’ is similarly entwined with Smith’s solo work.

The brighter-than-expected overall tone colour of ‘I See You’ leans heavily on Smith’s electro-dance production talents throughout the album. This is not to say that the xx have delved into sunny-sweet pop, only that they’ve lightened things up a bit, and added some texture as well. Album opener ‘Dangerous’ is a prime example, starting off with a chorus of brass and bouncing steadily along to Smith’s beat-driven shuffle. The vocal lines provided by Madley-Croft and Oliver Sims are relegated to secondary status behind the bold statements made in the instrumental arrangement.

The middle of the album becomes a bit wrapped up in its own dark, downtempo production vibe, but while the songs run together, there are still a few moments of brilliance. Sims’s voice is subtle and smooth against the sharp-edged backdrop of Smith’s synths in ‘A Violent Noise’, while Madley-Croft’s vocals in ‘Performance’ are poignantly fragile, laid over a stark, strikingly minimalist instrumental setting.

The album’s lead single ‘On Hold’, featured by editor Mary in this past In the Post, was chosen for good reason. It’s really the only song on the album with a distinct pop hook. While certainly not upbeat, it does pick up the rhythmic pace a little bit, and it allows the album to rebuild some of the momentum lost in the middle section. ‘I Dare You’ has a similar rhythmic energy and radio-friendly quality, and Madley-Croft’s lead vocal in the lines “I’ve been a romantic for so long / all I’ve ever heard are love songs” is as enticing here as it was in the album’s opening tracks. But it’s Smith, in the end, who has the figurative last word in the dark and shadowy final track ‘Test Me’, scored with subtle brass behind the vocal lines and echoing ambient synth sounds in the extended coda.

‘I See You’ is undoubtedly a product of the xx’s growth, both as a group and as individual musicians. While Smith’s contribution is perhaps the most pronounced change, it says something for the musicianship of Madley-Croft and Sims that they have been able to adapt stylistically and adopt a fresh take on the band’s established sound.

The xx’s third LP ‘I See You’ is out now on Young Turks. TGTF’s extensive previous coverage of the xx is collected back here.

The post Album Review: the xx – I See You appeared first on There Goes The Fear, a UK/US/IE Music Web site.

Album Review: the xx – I See You