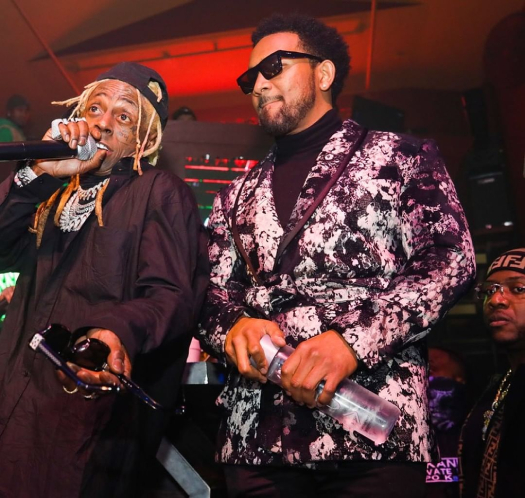 Over the weekend, Lil Wayne hosted an “All Black Affair” show at Spire Nightclub in Houston, Texas on January 15th to celebrate Larry Morrow‘s birthday.

While at the event, Weezy got on the mic to ask if there is any Dallas Cowboys fans in the crowd, as well as to perform “Rollin’“, “Wasted“, “Steady Mobbin’“, and “A Milli” live.

Tekashi 6ix9ine Gets Punched In The H…
LIT Activewear – Buy 2, Get an extra …
Civilians fleeing Mariupol describe s…
7 Best Straight Razors for a Sharp, C…
Lessons From the Business World: How …

You can check out some footage of Tunechi performing his hits live at Spire Nightclub in H-Town after the jump below! Were you in attendance?

This post first appeared on Lil Wayne, please read the originial post: here
People also like
Tekashi 6ix9ine Gets Punched In The Head Inside Miami Nightclub, Right In Front Of His Goons
LIT Activewear – Buy 2, Get an extra 1 FREE
Civilians fleeing Mariupol describe street-to-street battles
7 Best Straight Razors for a Sharp, Close Shave (Ranked)
Lessons From the Business World: How School Districts Can Recruit and Retain Top Talent
ALBUM: DJ Sabby – NextUp Vol. 1
How to develop a waste food delivery app like Too Good To Go?
Can Dogecoin Reach $1 or $100? [SEE EXPERT ANALYSIS]