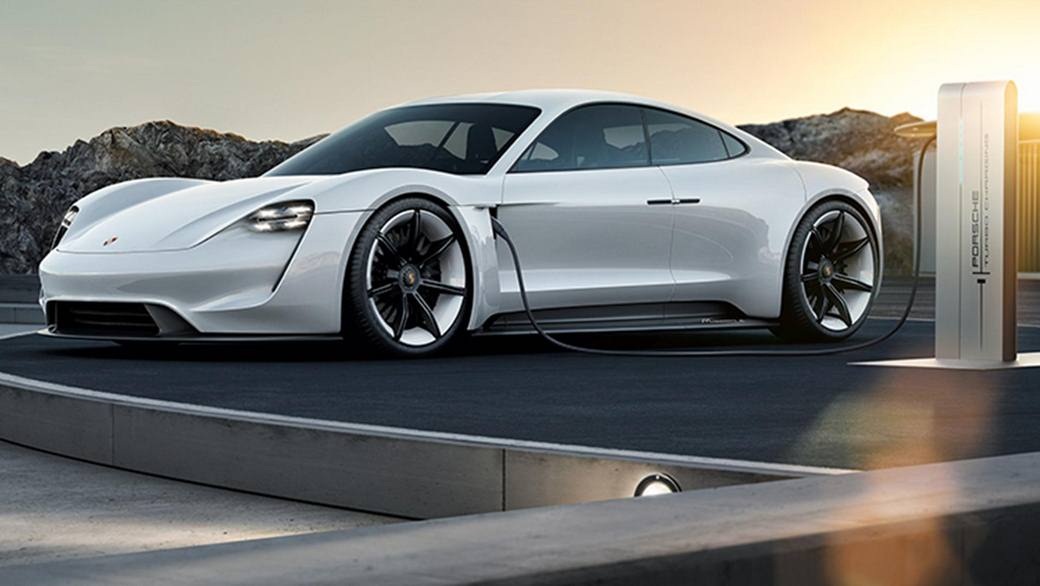 ‘On the one hand,’ says Oliver Blume, chairman of the executive board of Porsche (right), ‘in the future you will have electric cars with a lot of digitalisation and connectivity, but on the other hand you will have the need – especially for Porsche – to launch puristic race cars like the 911.  We will go to both strategies – the new one and the old one.
‘Maybe it’s a mad example,’ he continues, ‘but talking about sport shoes, today you can buy sport shoes  of the ’70s or the ’80s and people love it. I’m convinced that in ten or 15 years we will also have fans that would like to drive a real sports car where they can feel that it’s a real car. That’s our strategy in the future for Porsche. ’Blume is talking at the launch of the new Panamera in Berlin and this strategy certainly sounds very good indeed from our perspective. We ask him whether this means that Porsche will keep naturally aspirated engines and manual gearboxes.
‘Yes, for us it is important,’ he replies. ‘With our new strategy I think it will be very important to have the real sports cars where you can feel driving. On the other hand we will have the new technology, and to combine it, that will be Porsche.’ We already know that the technology side of Porsche’s two-pronged future will be headlined by a production version of the Mission e concept (pictured). This is due at the end of the decade. Blume says it will sit ‘a bit below a Panamera’ and stresses that when Porsche does launch an electric car ‘it must be the highest performance car in the market’. The Tesla P90D is referenced. Blume also says that a range of 500km is crucial, as is the ability to recharge 80 per cent of the battery in 15 minutes. This will require charging stations capable of delivering over 150kW (compared with Tesla's 120kW supercharger stations) and Porsche – or rather the VW group – is working on a charging network with electric companies in various countries. But, says Blume, the electric car ‘will be a real Porsche and you can drive it with the performance like a 918 or a 911’. So, Porsche’s future sounds like the best of both worlds. Incredibly fast, digitally connected electric cars but also slightly old-school Porsches that retain and even emphasise everything we love about the thrill of driving. In these uncertain times, this all sounds rather comforting.
By: Henry Catchpole