On October 18th, NFTOne Pass will be launched grandly, and multi-dimensional value will break the limit of NFT value! 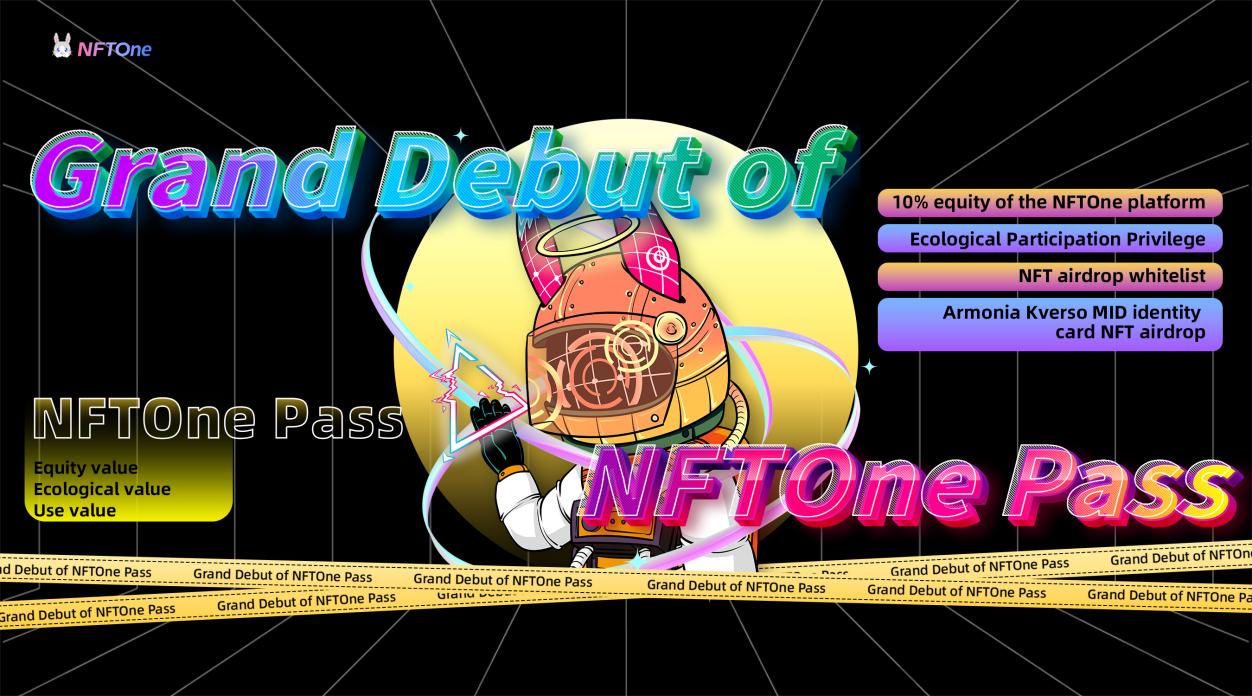 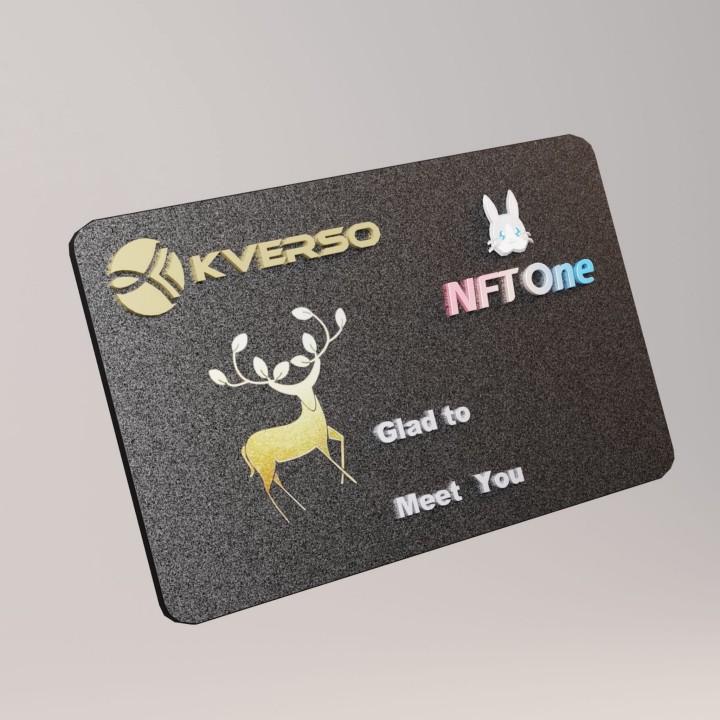 NFTOne is a comprehensive platform based on blockchain technology that provides NFT minting, discovery, collection and trading, founded in June 2022 and invested by OneWorld Foundation.

NFTOne provides a central hub for the minting, promotion, circulation and value mining of NFT, and it makes it accessible between every digital product enthusiast and founder within easy reach of NFT. NFTOne platform connects artists with art lovers, digital product enthusiasts, and collectors through the market and ecological network, creating an NFT ecosystem with convenient minting, lower transaction costs, safety and reliability.

NFTOne will be committed to building a metaverse ecosystem in all aspects in the future, taking NFTOne as the core of value reversal, creating a metaverse value ecosystem such as NFT+GameFi+DeFi+DAO, realizing the full-ecological layout of Web3.0, leading a new wave of industry, and creating a cohesive and empowering ecosystem.

NFTOne Pass is the equity NFT certificate of NFTOne platform issued based on Armonia Meta Chain, the total amount of issuance is 120,000. The equity NFT is bound to NFTOne licensed subject equity in compliance. A total of 120,000 NFTOne Passes correspond to 10% equity of the platform. 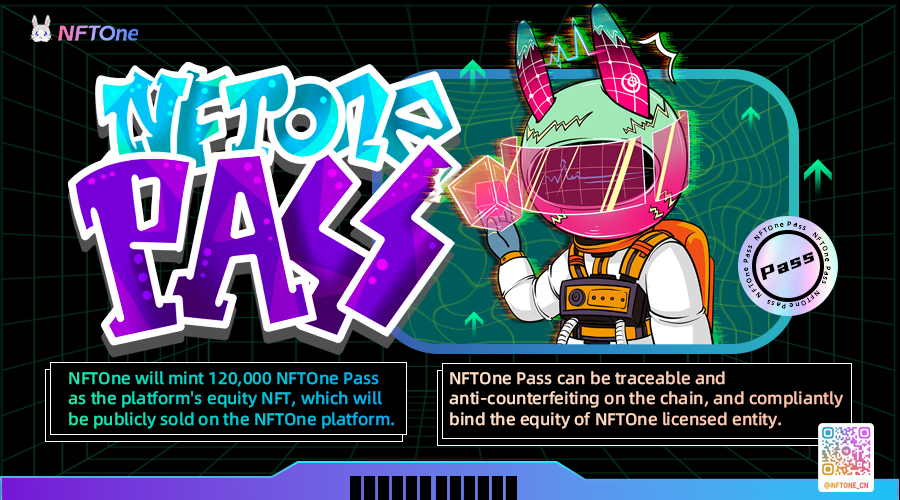 Analyze NFTOne Pass value from NFTOne future development. Since its foundation, NFTOne has taken in-depth exploration of NFT intrinsic value as the core strategy of future development, and finally realize the complex of NFT+gamefi+DAO with NFTOne as the core to create Web3.0 full-ecological layout. Tightly integrate the virtual world with the real world in the economic system, social system and identity system to form a dynamic new economy and enhance the overall value assessment of the NFTOne platform.

Analyze the value of NFTOne Pass from the NFTOne ecological cooperation. In addition to its own expansion ecosystem, NFTOne will also cooperate with high-quality GameFi and other ecologies in the market, and the other ecological NFTs can be traded on the NFTOne platform, which hopes to become a bridge between the real world and metaverse. And NFTOne Pass holders can enjoy internal and external ecological participation privileges and NFT airdrop opportunities.

Analyze the value of NFTOne Pass from the IP expansion of NFTOne. In order to enrich the NFT content on the platform and meet the diverse collection and purchase needs of users, NFTOne independently signed and designed a variety of IP images, including the Ruby Rabbit series, the twelve constellation series, Hatsune Miku’s two-dimensional IP, historical series IP of world cultural heritage, IP of Pacquiao and other fighting athletes, World Cup star character IP, NBA star character IP, world star artist character IP, and a number of artist creators, so as to meet the creative needs of quality NFTs. NFTOne will use more diversified IP to promote the project value growth and rapid development.

In addition to this revenue, NFTOne Pass also has the attribute of whitelist, the platform will also use the upcoming NFTs for airdrop from time to time in an indefinite form, the airdrop target are the shareholders of NFTOne platform, and NFTs obtained from the airdrops can be freely traded in the market. 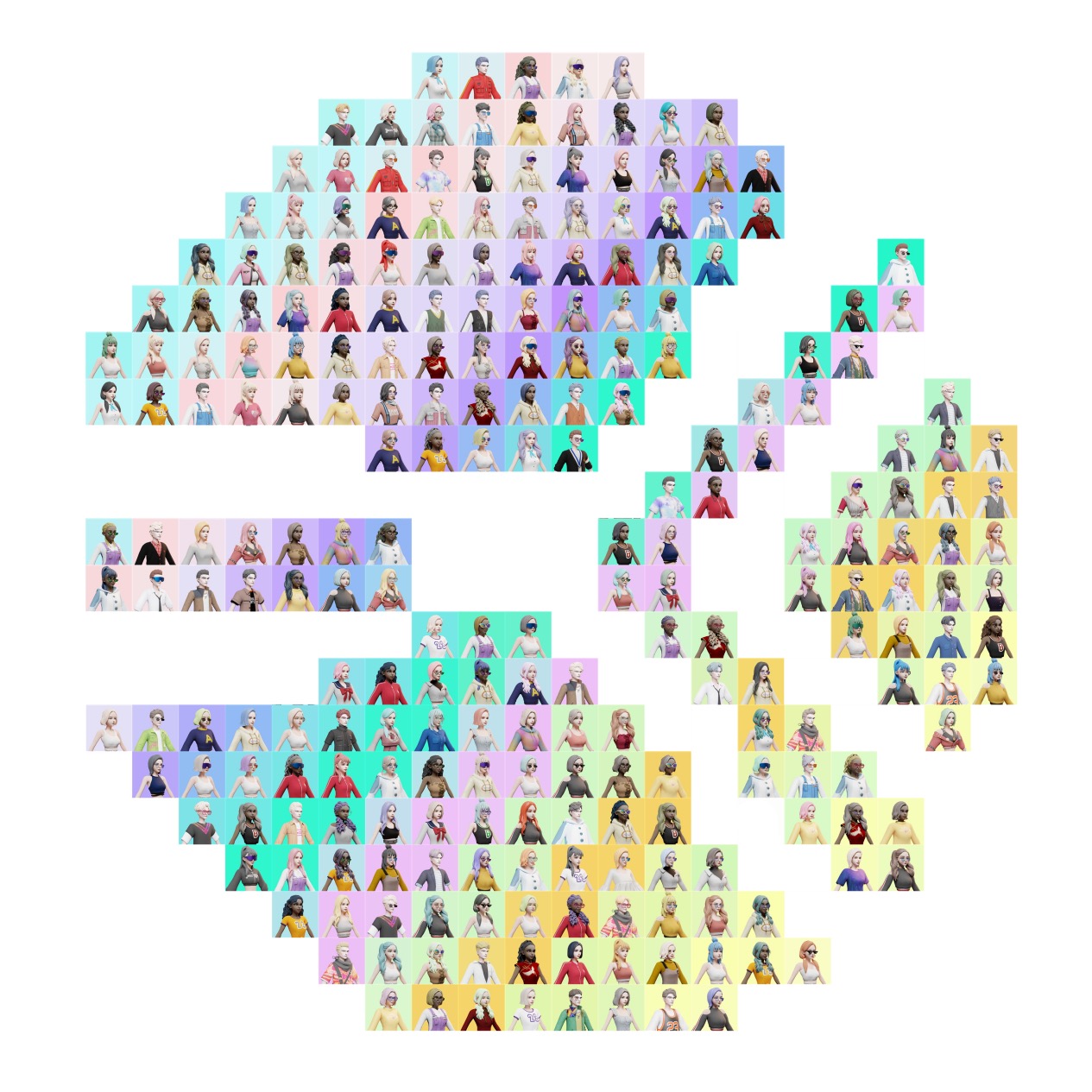 Since its inception, NFTOne has taken in-depth exploration of the intrinsic value of NFT as its core strategy for future development, and eventually realized a complex of NFT+GameFi+DAO with NFTOne as the core to create a web3.0 full-ecological layout. NFTOne Pass will be the access threshold to enter NFTOne ecological projects in the future, with rich use value.

NFTOne Pass is the entry threshold for entering the Armonia Kverso Metaverse. Users with NFTOne Pass can get the airdrop of Armonia Kverso MID identity card NFT, and each NFTOne Pass can be bound to a virtual human MID identity NFT, and the MID identity NFT can be instantly airdropped by purchasing an NFTOne Pass.The virtual human NFT with MID identity can enter the Kverso metaverse scene for personalized dress up (such as shaping facial features, clothing matching and other image design), social interaction, entertainment interaction, enter the digital space (virtual store, metaverse e-commerce, etc.) and expand to other ecosystems. 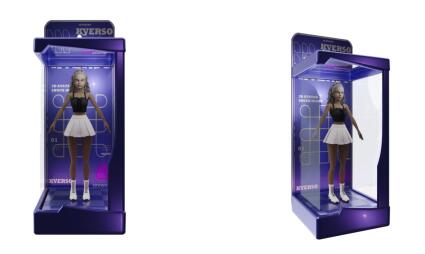 The first 10,000 holders with the most NFTOne Pass will receive 10,000 avatar NFT blind boxes and clothing NFT boxes airdropped by Armonia Kverso. After the 6 phases of sale are completed, the airdrop will be launched. If users have the same number of NFTOne Passes, they will be judged by the time of purchase, the earlier the time, the higher the

For details of the Armonia Kverso, please check:

NFTOne｜Become the supreme black card in the Web3.0 world

NFTOne Pass is the equity NFT certificate of the NFTOne platform. It has a unique attribute additional mechanism and aggregates the positive rights and interests of all Web3.0 projects in the NFTOne ecosystem, so as to realize the continuous accumulation of the value of NFTOne Pass and make it easier for users in the NFTOne ecosystem to participate in the revenue and governance of Web3.0 projects such as DeFi, GameFi, DAO, etc.

On October 18th, NFTOne Pass will be launched grandly, and multi-dimensional value will break the limit of NFT value!