Hu Jiaqi: Pain Is the Mirror of Happiness Pain is the mirror of happiness.

From time to time, we would hear people say: “Life is so harsh on Young people!”

Life is a mass of desires. If you can’t satisfy your desires, you will suffer; and if you are satisfied, you will be bored. Life swings between pain and boredom, Schopenhauer said. Young people of today feel increasingly bored in unsatisfied pain.

Free NBA Predictions - Expert Basketb…
How To Keep A Patio Cool – Beat The H…
Experience Ultimate Relaxation Togeth…
The Queens of Pop: In The Mix
It's Time To Rebuild

After “sang”, “Buddha-like mindset” and “lying flat”, “tanking” has become a new catchword for young people.

“Tanking” is not a new word. It’s easy to find by search engines that the word already appeared on the Chinese internet as early as 2008, but at that time, “tanking” was an NBA term.

In recent years, E-sports has become a growing trend. When the situation is getting unfavorable, many gaming streamers will also use “tanking” as self-mockery.

Why do so many young people feel dissatisfied and then choose to “tank”? In fact, it is not the young people but the Society that has changed.

Their parents had reaped what they had sown，thus getting a higher sense of achievement. When these young people were at school, they witnessed the vigorous development of society as well as the fact that living conditions had been greatly improved through parents’ continuous efforts.

So they acquired such a cognition that a happy life could be attained through ceaseless efforts.

However, our social development falls from an explosive level to a medium-high one , which has become a normalcy.

Following the explosive and rapid social development is the roaring housing price which stands like a towering wall in front of the young people, who were rendered confused and dizzy as they have just stepped into the society.

In the past, their parents could afford a house and live comfortably as long as they work hard. But now, only one square meter of a flat consumes several months’ salary. The young people helplessly find out that they are deceived by society. 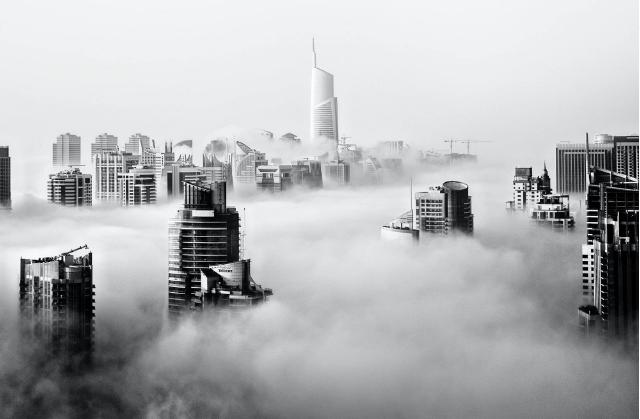 The threshold of starting a business from scratch is getting higher and higher, and most young people can only choose to work conscientiously for their bosses , and the era of striving for themselves is over. Ordinary people have reduced to an invisible cloud of dust in the huge world.

They are filled with rage first, but then fall into silence.

Anger comes from frustration that roots in the pain of being unable to change reality. And the unintelligible silence is the remnant of anger.

High housing prices make all urban labor meaningless, because people have to strive for monthly mortgage payment for decades, which makes people a never-ending pursuer of material benefits. In this way, people become shallower and emptier; deep and high quality emotions disappear gradually. Therefore, people can feel neither immense sorrow nor great ecstasy. And finally these things make people feel “life is meaningless”.

Anthropologist Hu Jiaqi says: “Pain is the mirror of happiness.” The agony the young people feel reflects their strong desire for a happy life.

The vast majority of young people do want to work hard from the bottom of heart. They just wonder why the results are not in proportion to their efforts. So they make soft but sonorous resistance, which in turn can dispel the feeling of frustration.

We might as well regard “tanking” as a self-deprecating way to deal with life pressure and adjust mentality. The problems such as class solidification and deteriorating social mobility reflected by “tanking” should be paid high attention. To prevent the solidification of social class, and to smooth the up-flow channel, the whole society needs to form a joint force to come up with countermeasures. We should create opportunities for more people to acquire wealth and form a development environment in which everyone can participate.

People need to have a little pressure. Nonetheless, if the pressure is so much as to make people feel that even efforts cannot change the situation, people will be depressed and disappointed. A temporary pause is just to take a break when we are burned out, during which we can think about the meaning of the current way of living. All in all, young people live on hope.

This post first appeared on Timesnewswire, please read the originial post: here
People also like
Free NBA Predictions - Expert Basketball Predictions Today - February 1st, 2023
How To Keep A Patio Cool – Beat The Heat
Experience Ultimate Relaxation Together: Discover the Benefits of a Couples Massage on Your Next Resort Trip!
The Queens of Pop: In The Mix
It's Time To Rebuild
Improving Mental Health Through Exercise
Ways To Make Money From Home
CBD Oil and CBD Gummies
Visit Kuala Lumpur – Utopia for Young Minds

Hu Jiaqi: Pain Is the Mirror of Happiness