At the end of August, Jinan City, Shandong Province, China held the Yellow River Basin Pilot Free Trade Zone Alliance and the High-quality Development Conference of Opening to the Outside World. This is the first grand event held in the FTZ.

In order to implement the relevant requirements of the ‘Yellow River Basin Ecological Protection and High-quality Development Planning Outline’ on ‘Promoting the Pilot Free Trade Zone along the Yellow River with high standards’, Jinan took the lead in proposing the concept of ‘Yellow River Chorus’.

The relevant leaders and department heads of the Ministry of Commerce, the relevant commercial departments of nine provinces and cities along the Yellow River, the free trade zone management committee, the heads of economic functional zone management agencies, key institutions and enterprise representatives gathered in Jinan to discuss the development plan of the Yellow River Pilot Free Trade Zone together. This is an important opportunity for Jinan to persist in reform and Innovation and expand its opening up. 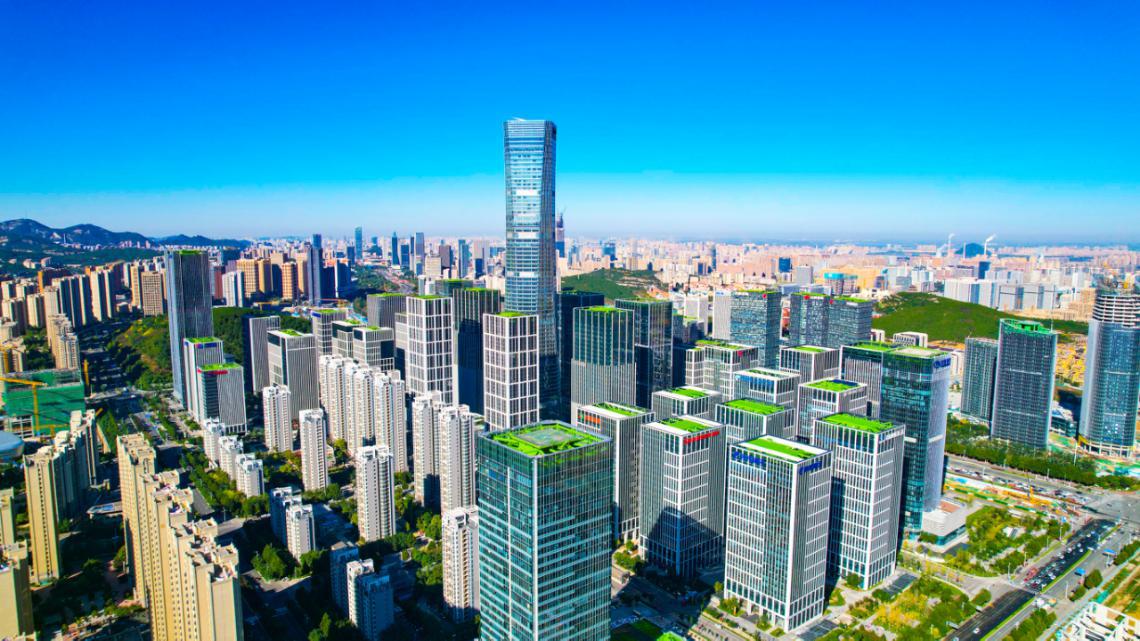 At present, the implementation rate of the pilot task of the ‘Overall Plan of China (Shandong) Pilot Free Trade Zone’ issued by the State Council has reached 96.5%, and more than 650 reform and innovation measures have been introduced, forming 265 innovative cases and achievements. Among them, 19 pioneering achievements have been recognized by relevant state ministries and commissions, and 31 have been popularized in Shandong Province. Among the 51 new cases of replication and promotion in the province, 20 are from the Jinan area. A total of 39,000 new enterprises have been set up, with the import and export of 164.3 billion yuan and the actual use of foreign capital of 2.67 billion US dollars, accounting for less than 0.4% of the city’s land, contributing 34% of the city’s import and export volume and 36% of the utilized foreign capital.

In the past three years, the demonstration and leading role of the reform and opening-up pilot zone of the Jinan Free Trade Zone and the new economic and social growth pole have become increasingly apparent.

Simplifying administrative examination and approval have been continuously promoted. The first batch undertook 167 provincial-level authority items delegated by 22 provincial authorities, among which high-frequency items such as investment, trade, finance, people’s livelihood, etc. were all ‘handled within the district’. With the support of blockchain technology, ‘One Box Double Chain’ was first implemented in the country, and the average amount of people’s work was saved by 61%. Reform measures such as ‘separation of licenses and certificates’, ‘integration of multiple inspections’ for construction projects and registration confirmation system for commercial entities have been promoted, and the examination and approval time has been shortened to 10 minutes in the shortest time. In the first half of this year, 7,523 new companies were established, an increase of 15.9% compared with the same period of last year, accounting for 15.5% of the whole city. 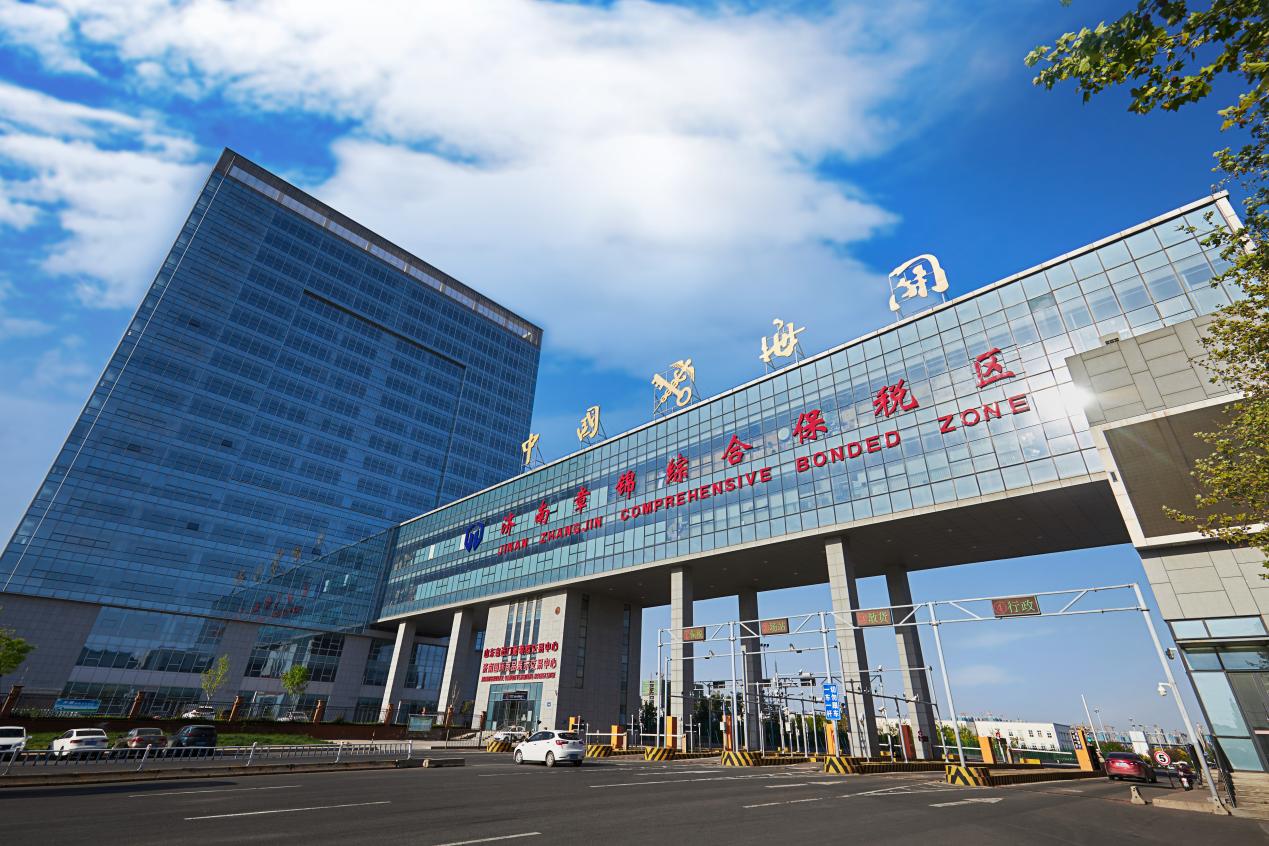 The simplification of investment is promoted. The negative list of foreign investment access was well used, and 17 measures to promote investment and trade facilitation in FTZ were formulated, and the ‘ten measures to support Jinan to build a new open highland’ were put forward. Multi-certification was integrated, and the application could be completed at one time, thus realizing the whole chain and the whole process of the filing business of foreign trade enterprises. The customs have also introduced some innovative measures, such as paperless export registration documents. Through the establishment of an ‘international trade’ window, the information sharing of 25 ports is realized, the integrated service plate of ‘enterprise intelligence matching’ is established, and the integrated service platform of ‘international economic and trade technical standards’ is established, which provides convenience for enterprises to go overseas. A total of more than 1,400 foreign trade enterprises have been added to the whole region, accounting for 23.3% of the city. 247 new foreign investments, accounting for 26.5% of the city.

Service innovation has been promoted. Twelve departments, including the Joint Municipal Procurator-ate, issued a three-year action plan to improve the business environment based on the rule of law, newly established 11 special legal service institutions, such as the Free Trade Circuit Court and the pro curatorial workstation, and launched the online and offline integration innovation mode of ‘smart court with consultation based on the rule of law and flexible law enforcement’, and built a ‘six-in-one’ legal service guarantee system of litigation, arbitration, mediation, notarization, judicial authentication and pro curatorial supervision. The intellectual property system in line with international standards has been improved, and free trade intellectual property rights protection assistance workstations, judicial authentication workstations, and intellectual property service platforms have been built, and intellectual property service clusters and one-stop service windows for overseas rights protection have been built, so that the whole chain of services such as accepting intellectual property applications, displaying transactions, and rights protection assistance can be realized. More than 360 international commercial disputes have been mediated, with a mediation success rate of over 85%.

Taking the opportunity of building a unified national market, the Jinan area will promote in-depth reform and innovation, open up domestic and international markets and overcome difficulties, fully tap new growth points of the open economy, actively serve and integrate into the new development pattern. 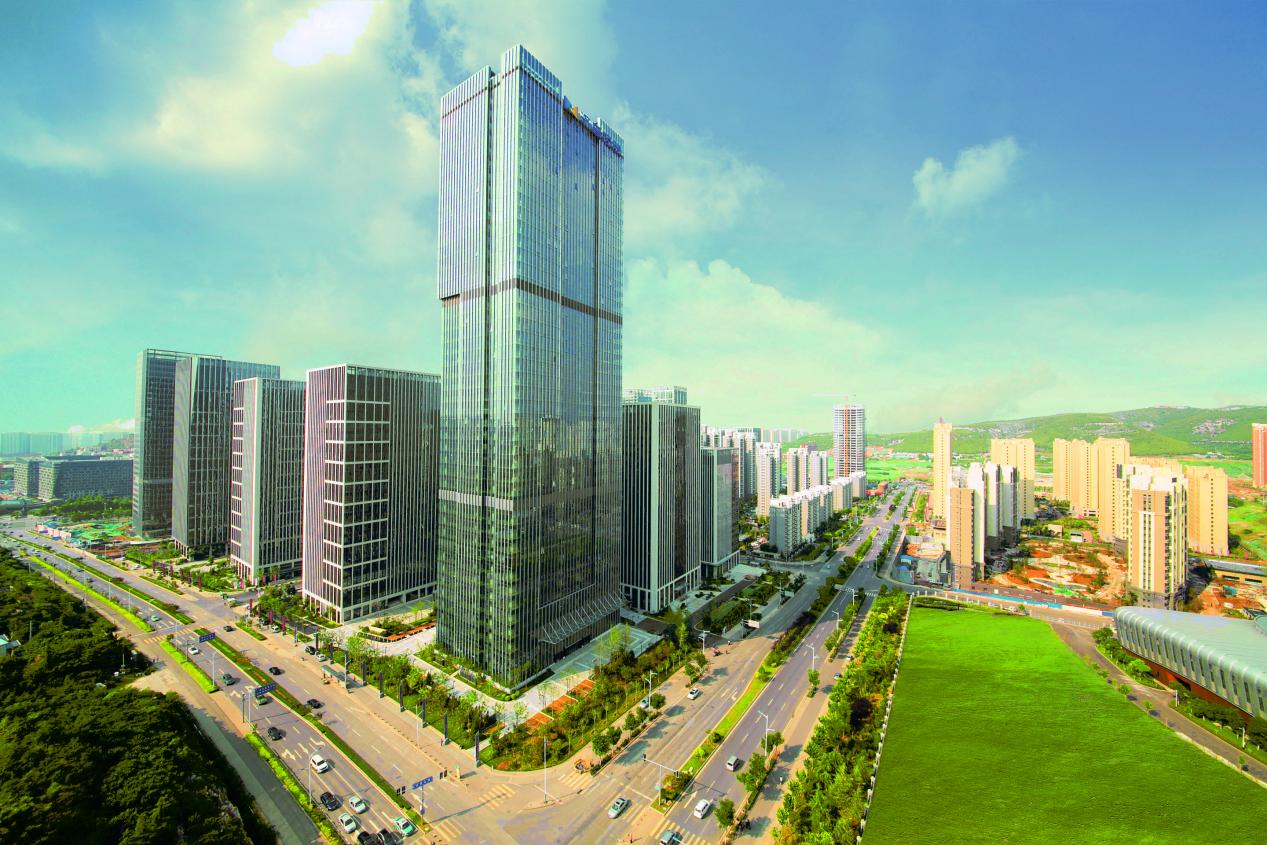 The passage to sea is unblocked to serve the national strategy. Linking Guangdong-Hong Kong-Macao Greater Bay Area’s development strategy, signing a strategic cooperation agreement with the Hengqin area in Zhuhai, and promoting six enterprises and institutions such as Hongjitang and Provincial Pharmaceutical Research Institute to carry out in-depth cooperation in Guangdong and Macao, so as to open up a new development model of offshore traditional Chinese medicine; The reform and innovation vitality of Hainan Free Trade Zone and Shandong Free Trade Zone has been fully utilized, and strategic cooperation has been carried out with more than 10 enterprises such as Wuzhishan City and Qionghai City in Hainan Province. Through policy connection and industrial cooperation, more than 10 enterprises such as Qilu Pharmaceutical and Biobase have set up R&D and manufacturing bases in Hainan; Cooperation agreements with Xixian New District in Shaanxi, Kaifeng Free Trade Zone in Henan, cultural park cooperation, industrial cultivation and other aspects have provided an innovative experience for the coordinated development of cross-regional cultures; Through regional linkage, activate the vitality of China-Laos railway, jointly promote the connection between China-Laos railway and China-Europe trains with Yunnan, Kunming and other regions, and make collaborative innovation in the fields of cargo collection, customs clearance, logistics and distribution, and open up Southeast Asia; The interconnection of international logistics hubs, Eurasian trade centers, comprehensive bonded areas, inner ports, trains and other areas along the ‘the belt and road initiative’.

Resources are concentrated to build an open platform. The industrial development plan of Zhangjin Comprehensive Insurance Zone is formulated, and bonded R&D, scientific and technological services and cross-border e-commerce are concentrated. Public service platforms such as culture creativity, product production, and cross-language services have been built, driving more than 2,000 cultural and creative enterprises in the Yellow River region. Chinese cultural boutique counters have been set up in Tokyo, Japan, and Seoul, South Korea, becoming national cultural export bases. The relevant departments of the state have been actively engaged in opening up innovative resources and concentrating scientific and technological innovative resources, and successfully passed the construction of China-Europe (Jinan) Green Manufacturing Industrial Park. 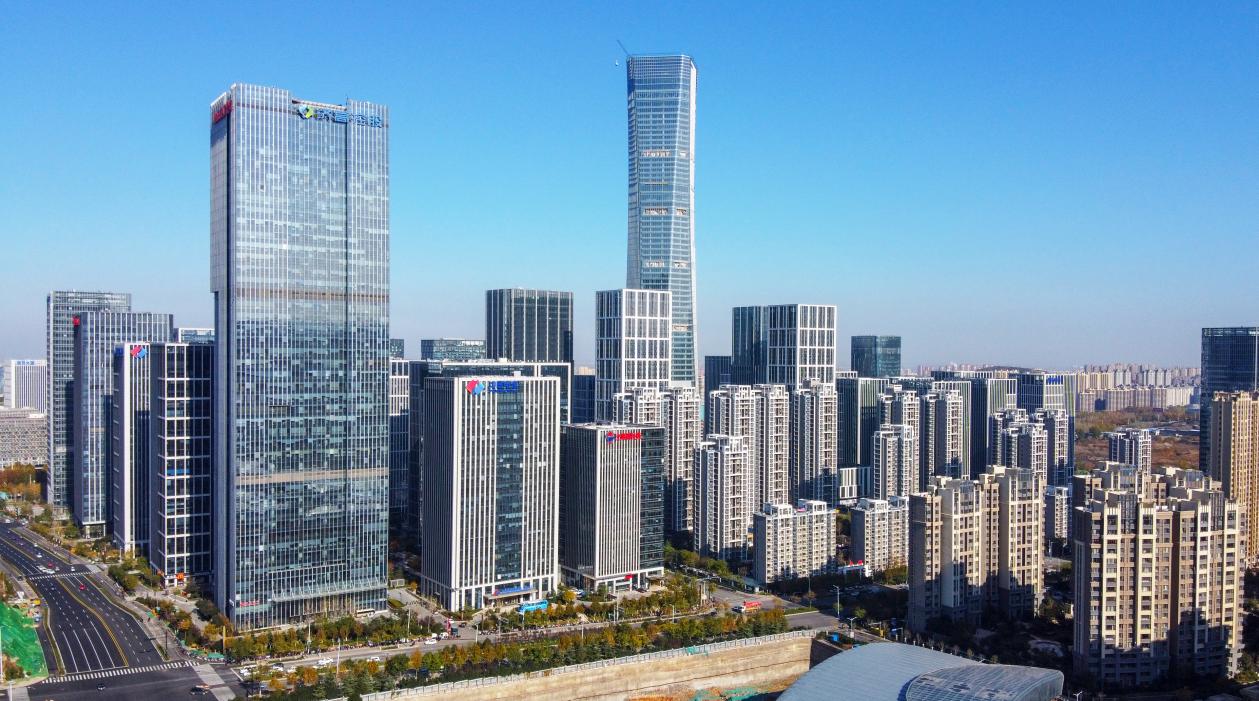 The biopharmaceutical industry has been accelerated. Registered Chinese medicine clinics, smart pharmacies and other development models have taken the lead, breaking through policy bottlenecks such as medical insurance application, tolerance handling and scope of practice, and improving the development and service level of Chinese medicine. In 2021, enterprises above designated size in the medical and health industry achieved an operating income of 49.2 billion yuan, an increase of 20% over the same period of last year.

Finance has been vigorously developed. Nine measures to support the financial reform of science and technology innovation and 19 measures to promote the high-quality development of the financial leasing industry were formulated, and the pilot work of qualified overseas limited liability companies was promoted. More than 10 corporate financial institutions, such as Ergo and hengfeng bank, were brought together, and 22 new branches were established. Standard Chartered Bank and HSBC also set up branches in this area.

The integration of the provincial capital economic circle is supported. The provincial-level free trade intermodal innovation demonstration zone has been established to support the linkage development of the provincial economic circle. Relying on the development advantages of Jinan’s regional medical and health care industry, it has carried out industrial collaborative innovation with Leling City, Dezhou, the provincial economic circle, promoted the pilot reform of import customs clearance mode of homologous products of medicine and food, and established medical and health care cooperation with eight national-level high-tech zones and development zones such as Tai ‘an, Dezhou and Zibo, forming a new open development pattern of ‘Pilot Free Trade Zone with Linkage Innovation Zones and Radiation Driven Zones’. The sharing of dividends in the FTZ among provinces and autonomous regions has been promoted. In terms of Shanghai’s establishment of ‘Greenland Global Commodity Trading Hub’ and ‘Green International Import Jinan Logistics Center’, the spillover effect of Shanghai’s ‘China International Import Expo(CIIE)’ was brought into full play, 50 countries were introduced, 70 exhibition halls were set up, and 22,000 kinds of foreign goods were gathered, so that citizens in the provincial economic circle could enjoy the new international consumption experience of ‘buying and selling the world’. The new model of ‘internet plus medical insurance with medical treatment and medicine’ on the Internet medical service platform in Shandong Province has been popularized in Zibo and Dezhou.

Provincial collaborative innovation has been promoted. The special policy support of the central government agencies in the economy, customs, foreign exchange, banking supervision and other units and provincial authorities has been actively won; The ‘on-chain free trade’ 5G auxiliary supervision system and the one-click confirmation system for the retention and refund of value-added tax are recommended by the provincial government as innovative achievements of national replication and promotion. The provincial commerce customs and other departments have been jointly promoted to actively promote the trade mode of imported medical equipment, customs clearance facilitation of homologous products of medicine and food, pilot of cross-border e-commerce retail import medicine, cross-border barter trade, etc., so as to link the construction of innovation zones.

The establishment of the Yellow River Basin Pilot Free Trade Zone Alliance has brought unprecedented opportunities to Jinan. Jinan will take this opportunity to open a new chapter, play the role of the Pilot Free Trade Zone as a carrier to promote the flow of factors, as a driving force for innovation and development, as a bridge to smooth the dual circulation, deepen reform and expand opening up.