Our latest collection of T.S. Eliot quotes on Everyday Power.

Thomas Stearns Eliot was a poet, dramatist, literary critic, and editor who won the Nobel Prize in Literature in 1948 for “his outstanding, pioneer contribution to present-day poetry”.

Eliot is considered one of the greatest poets in the English language. His poems are some of the of the best-known, including “The Waste Land”, “Ash Wednesday”, and “Four Quartets”.

A highly influential poet, Eliot’s works played a key role in the literary transition from 19th-century Romantic poetry to 20th-century Modernist poetry. His works have been translated into at least twenty-two languages.

In honor of one of the most daring innovators of twentieth-century poetry, below is our collection of T.S. Eliot Quotes, collected from a variety of sources over the years.

1. ”Only those who will risk going too far can possibly find out how far one can go.” – T.S. Eliot

2. ”To do the useful thing, to say the courageous thing, to contemplate the beautiful thing: that is enough for one man’s life.” – T.S. Eliot

4. ”Genuine poetry can communicate before it is understood.” – T.S Eliot 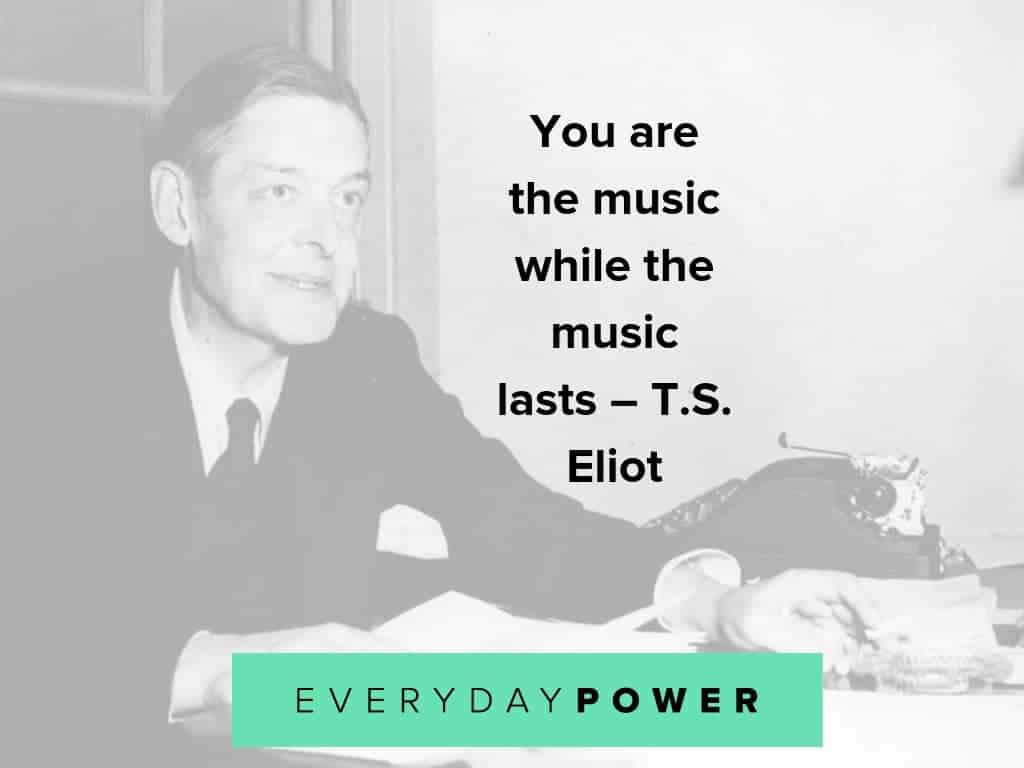 6. ”If you haven’t the strength to impose your own terms upon life, then you must accept the terms it offers you.” – T.S. Eliot

7. ”Love is most nearly itself when here and now cease to matter.” – T.S. Eliot

8. ”Immature poets imitate; mature poets steal; bad poets deface what they take, and good poets make it into something better, or at least something different.” – T.S. Eliot

9. ”There’s no vocabulary For love within a family, love that’s lived in But not looked at, love within the light of which All else is seen, the love within which All other love finds speech. This love is silent.” – T.S. Eliot

11. ”Most of the evil in this world is done by people with good intentions.” – T. S. Eliot

12. ”The most important thing for poets to do is to write as little as possible.” – T. S. Eliot

15. ”Most of the trouble in the world is caused by people wanting to be important.” – T. S. Eliot 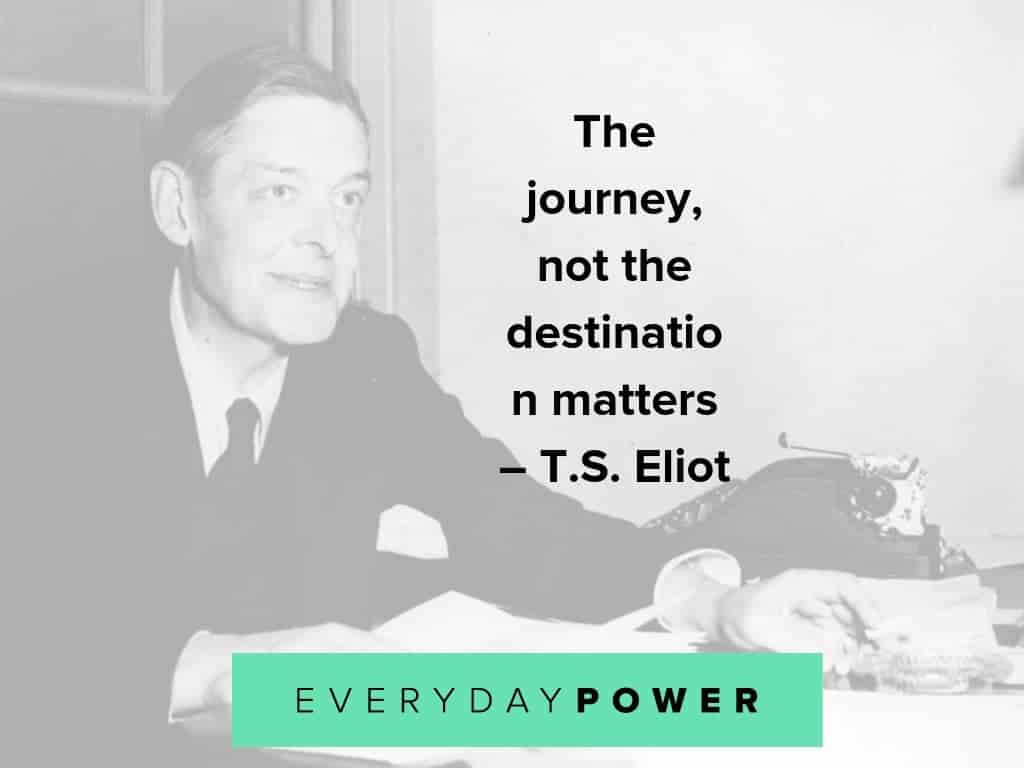 17. ”We shall not cease from exploration. And the end of all our exploring will be to arrive where we started and know the place for the first time.” – T.S. Eliot

18. ”If you haven’t the strength to impose your own terms upon life, then you must accept the terms it offers you.” – T. S. Eliot

19. ”What do we live for if not to make life less difficult for each other?” – T.S Eliot

20. ”Our lives are mostly a constant evasion of ourselves.” – T.S Eliot

You might also like these thought-provoking Pablo Neruda quotes that will leave you questioning life and love.

21. ”Every phrase and every sentence is an end and a beginning, every poem an epitaph.” – T. S. Eliot

22. ”When a great poet has lived, certain things have been done once for all, and cannot be achieved again.” – T. S. Eliot

24. ”Not less of love, but expanding of love beyond desire, and so liberation From the Future as well as the past.” – T. S. Eliot

25. ”It seems just possible that a poem might happen to a very young man: but a poem is not poetry –That is a life.” – T.S. Eliot

Which of these T.S. Eliot quotes was your favorite?

T.S. Eliot is considered by many to be the single most influential poetic work of the twentieth century.

A leader of the Modernist movement in poetry, Eliot will always be remembered for his poetic genius. Hopefully, the above quotes will inspire you to pursue your dreams and become a success.

Did you enjoy these T.S. Eliot quotes? Which of the quotes resonated with you best? Tell us in the comment section below. We would love to hear all about it.