This Betrayal quotes collection will help you heal from it and inspire you to move forward.

Betrayal hurts so badly. It is one of the most devastating experiences in life and one that’s difficult to understand. It shatters the trust you had in others and leaves you feeling like you’re all on your own.

I was nervous about switching therapi…
كيف تصبح سعيدا في الحياة
What is Conversion Tracking? How to S… 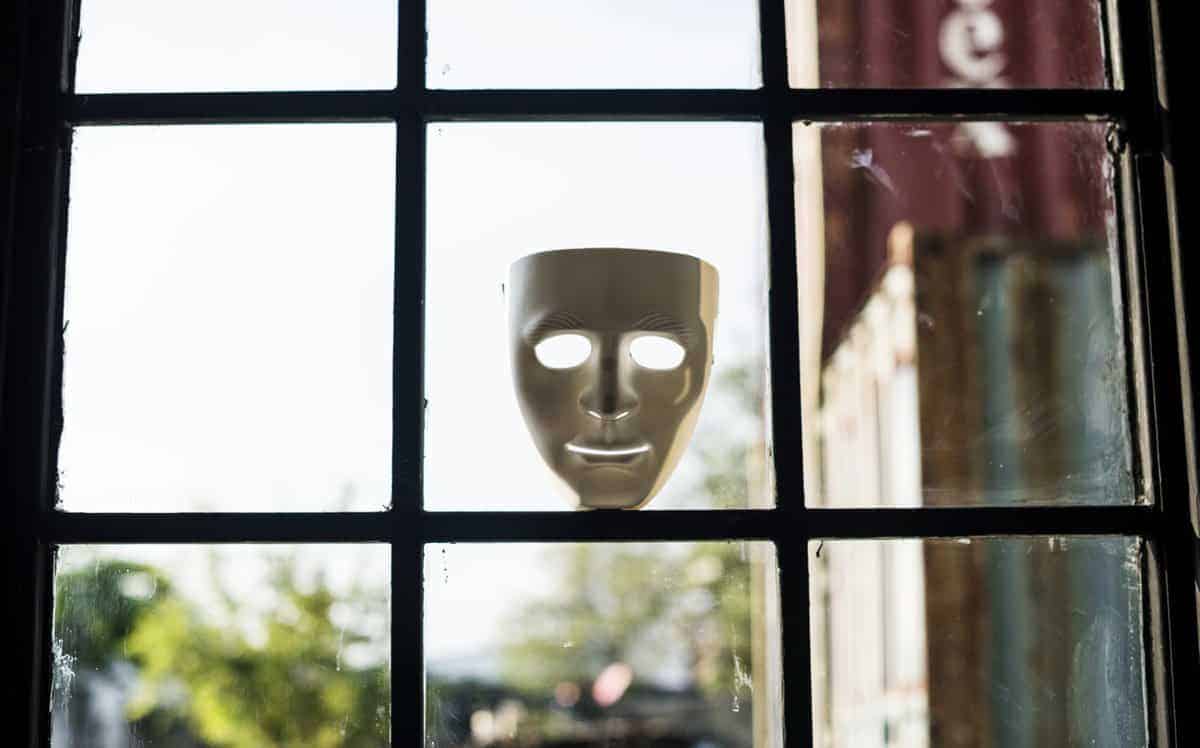 When a person close to you violates your trust, it calls everything into question and provides no easy answers. You can recover from a lot of wrongs but betrayal is hard to process.

But although you may not avoid feeling the sting from betrayal, you can heal from it. Understand that it’s not your fault. It’s not you. It’s humankind.

Instead of allowing the other person’s behavior to negatively shape your life, learn to grow and evolve from the experience. Move on and trust those who you can count on.

Focus on the things that will nurture your spirit and fill your soul with happiness. Remember that you’re in control of your emotions and of how you treat others.

To help you heal and move forward, below is our collection of inspirational, wise, and uplifting Betrayal Quotes, betrayal sayings, and betrayal proverbs, collected from a variety of sources over the years.

Also check out our collection of fake people quotes to help you weed through those phony friends.

1. ”Everyone suffers at least one bad betrayal in their lifetime. It’s what unites us. The trick is not to let it destroy your trust in others when that happens. Don’t let them take that from you.” – Sherrilyn Kenyon

2. ”To me, the thing that is worse than death is betrayal. You see, I could conceive death, but I could not conceive betrayal.” – Malcolm X 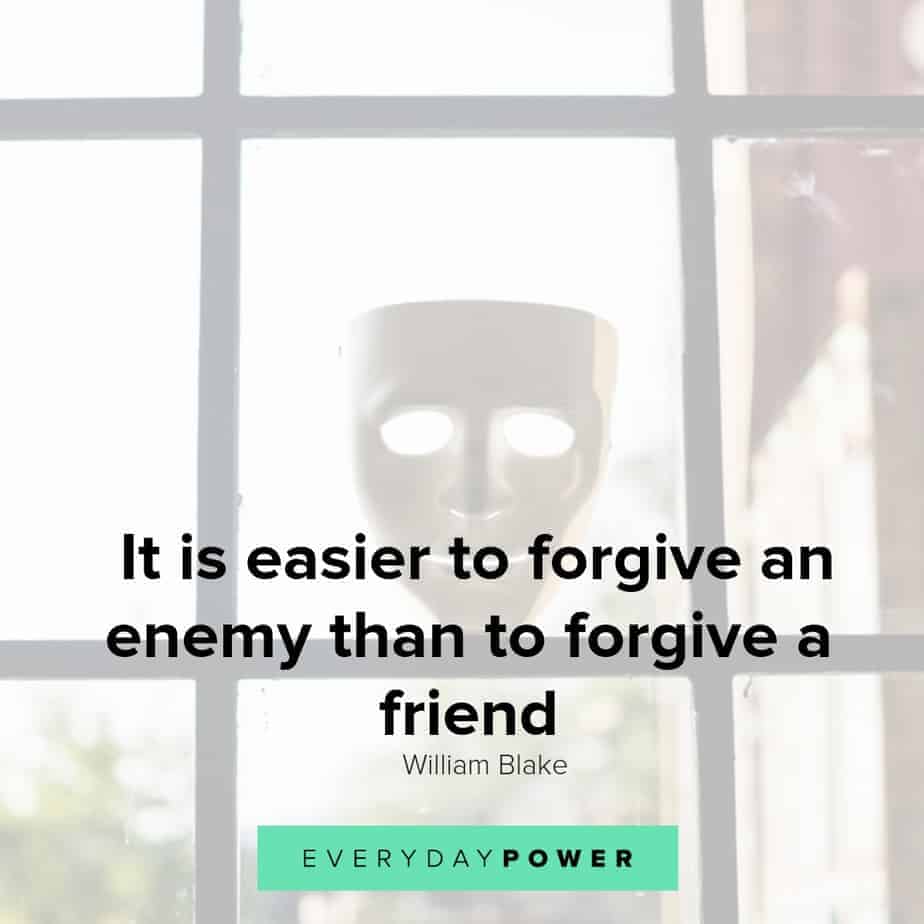 4. ”All trust involves vulnerability and risk, and nothing would count as trust if there were no possibility of betrayal.” – Robert C. Solomon

5. ”You know that you have been stabbed when you feel the deep pain of betrayal.” – Les Parrott

7. ”Betrayal is never easy to handle and there is no right way to accept it.” – Christine Feehan

8. “Better to have an enemy who slaps you in the face than a friend who stabs you in the back.” – Unknown

9. “Love and marriage are wonderful arenas in which to place a character. We are most likely to risk our morals and beliefs while in love. Betrayal gives tremendous insights into a character as well.” – Anita Shreve

10. ”Tragedy in life normally comes with betrayal and compromise, and trading on your integrity and not having dignity in life. That’s really where failure comes.” – Tom Cochrane

Betrayal quotes to help you recover from it

11. “It’s funny how sometimes the people you’d take a bullet for are the ones behind the trigger.” – Unknown

12. “I could never hurt him enough to make his betrayal stop hurting. And it hurts, in every part of my body.”  – Veronica Roth

13. ”If you’re betrayed, release disappointment at once. By that way, the bitterness has no time to take root.”  – Toba Beta

14. ”The worst pain in the world goes beyond the physical. Even further beyond any other emotional pain one can feel. It is the betrayal of a friend.” –  Heather Brewer

15. ”Betrayal is the only truth that sticks.” – Arthur Miller 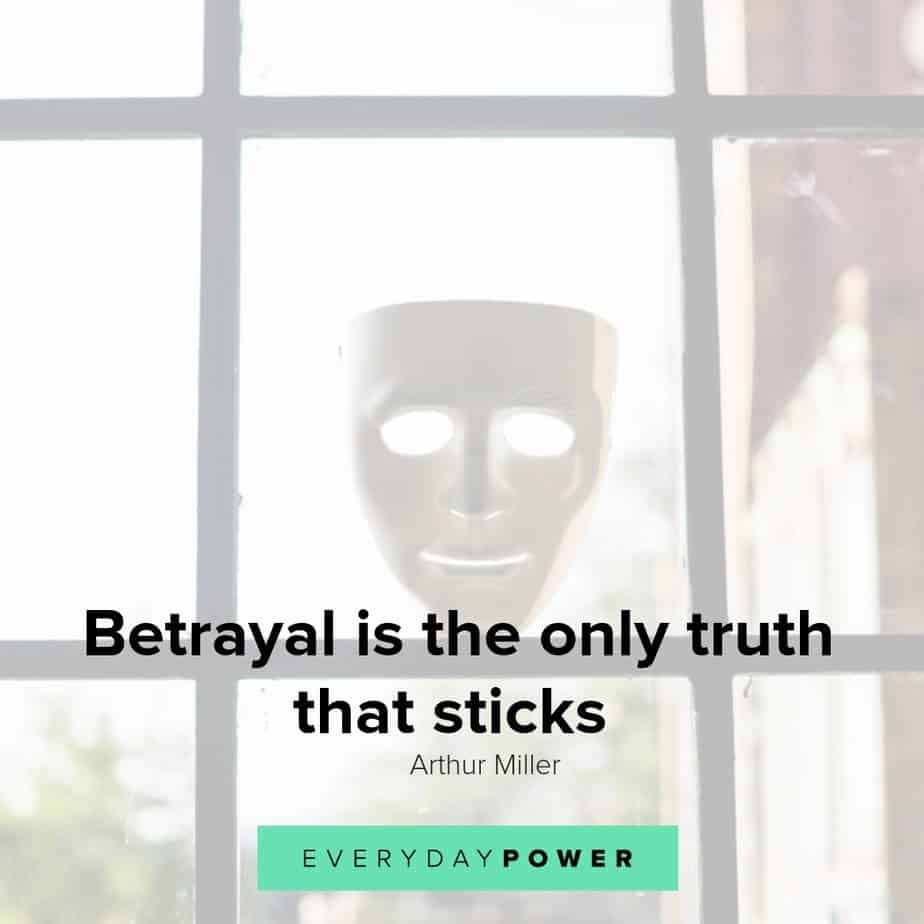 16. ”I have been stabbed in the back by those I needed the most. I’ve been lied to by those I love. And I have felt alone when I couldn’t afford to be. But at the end of the day, I had to learn to be my own best Friend, because there’s going to be days where no one is going to be there for me but myself.” – Unknown

17. ”Faithful are the wounds of a friend, but the kisses of an enemy are deceitful.” – Proverbs 27:6

18. “There is always a lesson of a lifetime to learn in every betrayal.” – Edmond Mbiaka

19. ”Betray a friend and you’ll often find you have ruined yourself.” — Aesop

21. ”Sometimes, instead of being hurt, you should look at betrayal as a gift. It makes it that much easier to sweep it up and toss it out with the rest of the trash. And why is that you ask? Because trash starts to stink…and when it does, it has no more value in your life.” – Donna Schoenrock

22. ”One of the hardest lessons in life is letting go. Whether it’s guilt, anger, love, loss or betrayal. Change is never easy. We fight to hold on and we fight to let go. If you’ve been hurt until it breaks your soul into pieces, your perspective in life will definitely change, and no one and nothing in this world could ever hurt you again.” – Mareez Reyes

23. ”Forgive yourself for the blindness that put you in the path of those who betrayed you. Sometimes a good heart doesn’t see the bad.” – Unknown

24. “Some people are willing to betray years of friendship just to get a little bit of the spotlight.” – Lauren Conrad

25. ”An honest enemy is better than a false friend. When in doubt, pay more attention to what people do and less to what they say. Actions not only speak louder than words, they are more difficult to fake.” – Zero Dean

26. ”I’m mature enough to forgive you, but I’m not dumb enough to trust you again.” – Unknown 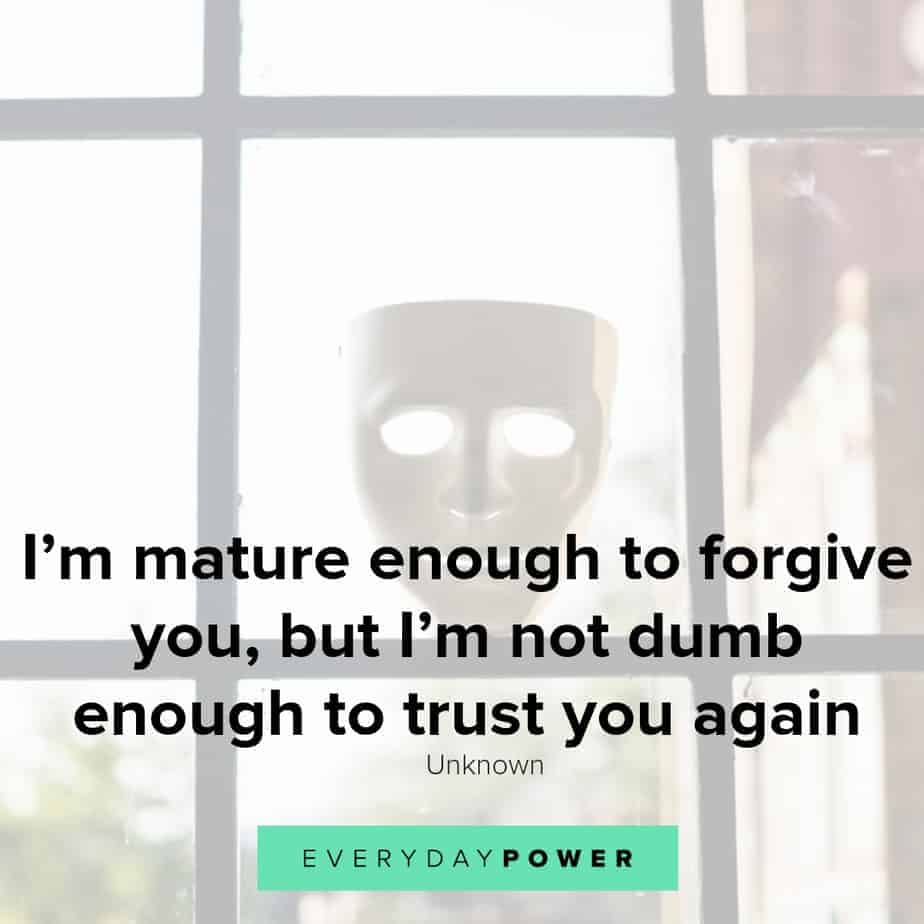 27. “Love comes to those who still hope after disappointment, who still believe after betrayal, and who still love after they’ve been hurt.” – Unknown

28. ”I may be many things, and there are even more I am not, but I would never do to you what you did to me, and I think that says a lot.” – Jessica Katoff

29. ”The knives of betrayal and drama cut deep and hurt… but they also trim away the nonsense and reveal your true friends.” – Steve Maraboli

30. “The worst feeling in the world is knowing you’ve been used and lied to by someone you trusted.” – Unknown

31. “It’s hard to tell who has your back, from who has it long enough just to stab you in it….” ― Nicole Richie

32. ”For there to be betrayal, there would have to have been trust first.” – Suzanne Collins

33. ”One should rather die than be betrayed. There is no deceit in death. It delivers precisely what it has promised. Betrayal, though … betrayal is the willful slaughter of hope.” – Steven Deitz 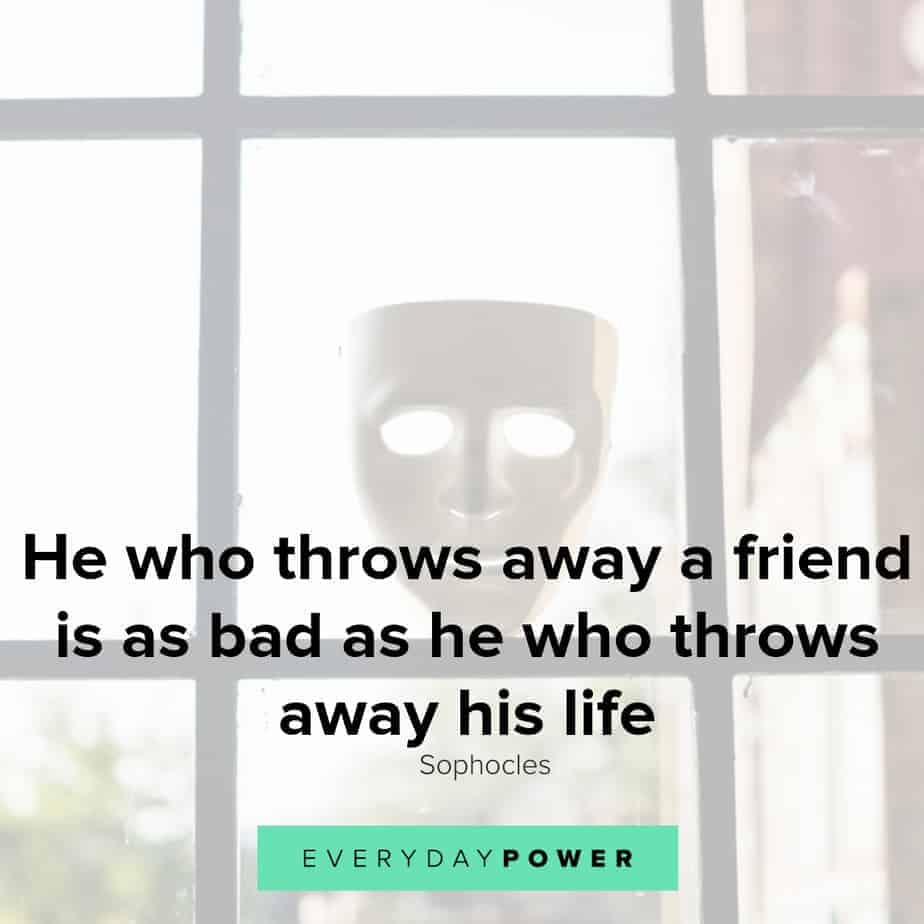 35. ”Pleasure which must be enjoyed at the expense of another’s pain, can never be such as a worthy mind can fully delight in.” – Samuel Johnson

36. ”Anyone who hasn’t experienced the ecstasy of betrayal knows nothing about ecstasy at all.” – Jean Genet

37. ”Backstabbers specialize in saying the wrong thing at the wrong time to the wrong person.” – Les Parrott

38. ”False friends are like our shadow, keeping close to us while we walk in the sunshine, but leaving us when we cross into the shade.” – Christian Nevell Bovee

39. ”Dealing with backstabbers, there was one thing I learned. They’re only powerful when you got your back turned.” – Eminem

Betrayal quotes to inspire and teach

41. ”He who advises you to be reserved to your friends wishes to betray you without witnesses.” – Don J. Manuel

42. “Only trust thyself, and another shall not betray thee.” – William Penn 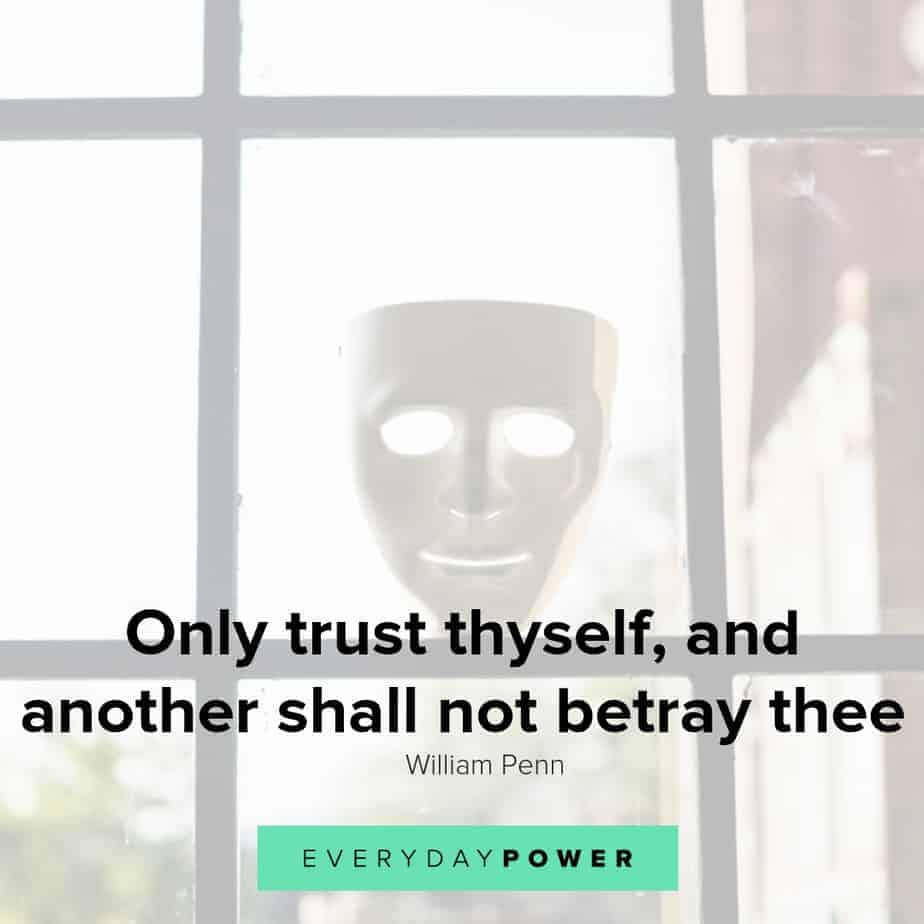 43. “When someone breaks your trust don’t feel stupid for trusting them. You didn’t do anything wrong they’re just an untrustworthy person.” – Sonya Parker

44. ”In life you can easily trust someone, but once the trust is broken it’s very difficult to trust anyone again.” – Sushan Sharma

45. ”Time alone can prove the worth of friendship. As time goes by we lose the false ones and keep the best. True friends stay when all the rest are gone.” – Ritu Ghatourey

46. ”Always sleep with one eye open. Never take anything for granted. Your best friends might just be your enemies.” – Sara Shepard

47. ”Keep talking about me behind my back, and watch God keep blessing me in front of your face.” – Unknown

48. “Don’t fear the enemy that attacks you, but the fake friend that hugs you.” – Unknown

49. ”Trust is a fragile thing once earned, it affords us tremendous freedom but once trust is lost, it can be impossible to recover of course the truth is, we never know who we can trust. Those we’re closest to can betray us.” – Mary Alice Young

51. “A man who trusts can never be betrayed, only mistaken.” – Cally, Blakes 7, “Mission to Destiny”

52. “We can tolerate our true enemies, but not the back stabbers and betrayers.” – Sanji Paul Arvind

53. “I am grateful to those who have betrayed me… They thought they were just stabbing me in the back, but they were also cutting me free from their poisonous life.” – Steve Maraboli

55. “Never trust on unknown hands, you will never know how they stand by you and back stab with their brains.” – Debolina Bhawal

56. “When you betray somebody else, you also betray yourself.” – Isaac Bashevis Singer

57. “Be certain that he who has betrayed thee once will betray thee again.” – Johann Caspar Lavater

58. “One of the favorite pastimes of Backstabbers is recounting slights and grievances they’ve carried for years.” – Les Parrott

59. “People on the top seldom have enemies, it’s most often the flattering ‘friend’ who stab them in the back.”― Amit Abraham

61. “An open enemy is better than a false friend.” – Greek Proverb

62. “The saddest thing about betrayal is that it never comes from your enemies.” – Unknown

63. “They talk of a man betraying his country, his friends, his sweetheart. There must be a moral bond first. All a man can betray is his conscience.” – Joseph Conrad

64. “Nothing hurts more than being disappointed by the single person you thought would never hurt you.” – Unknown

65. “You can either give negativity power over your life or you can choose happiness instead.” – Anais Nin

66. “Be careful to whom you trust. Betrayal always come from the persons you trusted.” – Anurag Prakash Ray

67. “If you do not express your own original ideas, if you do not listen to your own being, you will have betrayed yourself.” – Unknown

69. “The betrayal of trust carries a heavy taboo.” – Aldrich Ames

70. “It was a mistake”, you said. But the cruel thing was, it felt like the mistake was mine, for trusting you.” – David Levithan

Which of these betrayal quotes resonated with you best?

Betrayal hurts the most. It stabs you in the back and leaves you wondering what you did wrong to deserve such kind of treatment.

When you’re betrayed, you can lose your ability to trust, both in yourself and others. But although the lingering pain is not easy to forget, you can recover from betrayal and move forward.

Did you enjoy these betrayal quotes? Which of the quotes was your favorite? Let us know in the comment section below.