How to Get Rid of a Curse

Having a Curse put on you can affect your life in a negative way. It can change relationships that were once good and healthy. Just because a relationship goes bad for no good reason does not necessarily mean a curse has been implemented, however it is possible and serious if that is the case. In addition to relationship issues, a curse can cause financial ruin which often leads to drinking and other addiction problems. It can also cause unnecessary negative energy to build up and follow you wherever you go. 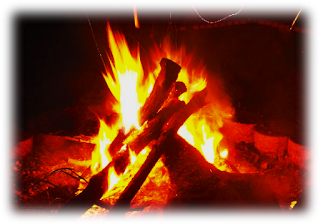 There are many types of curses that can be put on someone to make negative things happen that normally would not. Some curses fade over time and go away on their own, and others are generational curses that are passed down from a previous family member. Unfortunately generational curses tend to become unfair because people end up paying a high price for something bad their great great grandfather did before they were born. As much as generational curses have become less and less predominant, they still exist and need to be broken at some point before they go away. The good news is that as we become more knowledgeable as a society of this problem, the easier it is to address.

Besides generational curses, there are also other types of curses that can be put in place by different forms of practice. These curses can be referred to as:
It is important to note that if you feel a curse has been cast against you, that it is removed and a circle of protection is put in its place to ensure another curse can not be cast again. If it is known that an enemy has put Curses on others in the past and now you are in the war path, action is taken to prevent a possible curse from taking over your life.
Signs of a curse varies. It has been known that people with curses on them find strange objects on their front door or property. This can include (but not limited to) dolls or parts of dolls, photos, strange powders, flowers, ashes in a bag, stained cloth and more. If you find yourself in a position where these objects are appearing on your property, don't panic. It does not mean that you are doomed and that everything bad that is happening in your life is because someone put a curse on you. It can be removed with a complete curse removal. Once a curse is removed, it is important to not give that curse any more energy by thinking or talking about it. Any time a thought runs through your head that something bad is happening because of this curse, immediately force yourself to think it was just bad luck. Continuing to give a curse any more energy can lead it to continue affecting you in a negative light which could lead to more bad luck than anyone deserves. If you change the way that you think it will change the way that you feel.
http://www.witchcraftmagicspells.org

This post first appeared on Witchcraft Magic Spells - Casting Spells That Work, please read the originial post: here
People also like
Historic Investment in Partnerships for Climate-Smart Commodities and Rural Projects | Hear What They’re Saying
Wu-Tang Clan's Raekwon The Chef At Trailblazers: Creating New York's Cannabis Industry For Generational Wealth, Knowledge And Happiness
Willian reveals abuse he and his family suffered was the reason behind Corinthians departure
Afrokillerz – Curse ft. Tefo Foxx
Insecurity: NASFAT leader reveals what will happen to those behind wanton killings in Nigeria
Ways to Improve Your Small Business
Ancient Gods: History of the World
What would happen to a modern-day Moses in America?
The Fifth Cup – The Cup Of Wrath, And God’s Chosen

How to Get Rid of a Curse