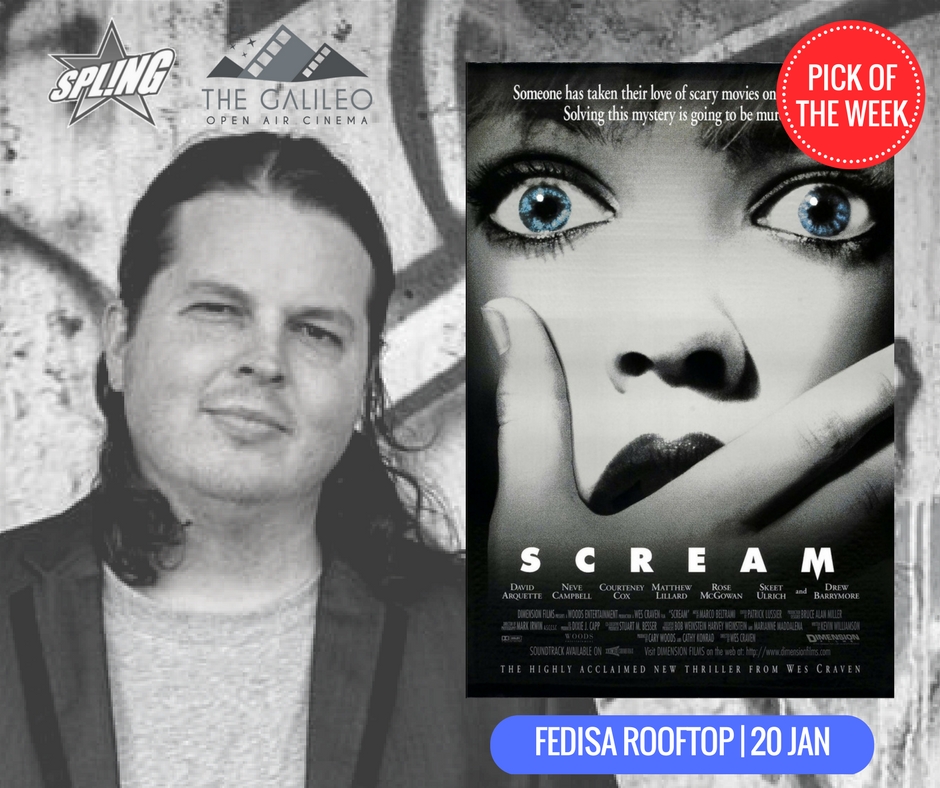 While the iconic Scream mask has been ridiculed, it has earned its place in Hollywood history. The late Wes Craven was known for his genre-bending and innovation, trademarks which have been neatly encapsulated by Scream. Part tribute to horror films and part self-referential comedy, this slasher has entrenched itself in pop culture and Neve Campbell has forever been emblazoned on our collective imagination as Sidney Prescott.

Scary enough to give you chills and funny enough to lampoon the horror genre as we know it, this isn't any ordinary slasher, but a masterful film from the mind of a horror luminary. While dark and often amusing, we're constantly thrown off-balance by surprising thrills with some nail-biting and blood-soaked scenes. While a piece of '90s memorabilia, it resurrected the teen slasher genre in its time inspiring film franchises like I Know What You Did Last Summer and Urban Legend.

This highly acclaimed horror thriller is showing under the stars at The Galileo Open Air Cinema.