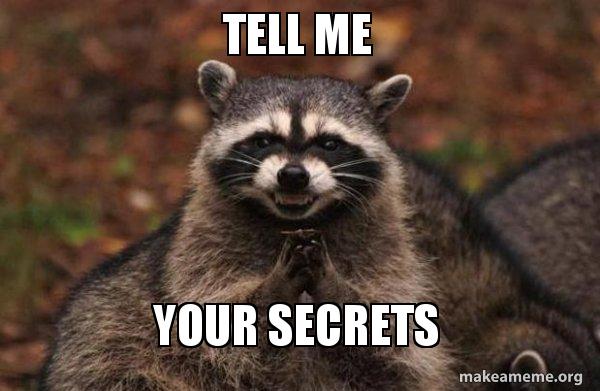 Yeah, it was a bank holiday and I wanted to blog something. Took the tag from Bikram's post and decided to enlighten you about my life. :)

This tag is pretty simple. Just strike out the things that You have not done so far and to make it a bit spicier add a line or two as explanation to the ones that you have Done..

How To Overcome Nightmares and Sleep …
Spider-Man: If This Be My Destiny - L…
9 Oral Sex Tips You Need To Know
Problems with valuations, again.
5 Practical Tips on How to Use Social…

2. Kissed someone… Well, I am single so I better not answer this.

3. Smoked a cigarette. …. Yes, but not properly. For various reasons I wanted to smoke so many times, but always found some reasons to not. So, smoking a cigarette for me means holding one between my fingers and pretending.

4. Got so drunk you passed out… Never. Not a big drinker.

5. Rode every ride at an amusement park… Nope. Don’t like roller coasters and the scary rides. I am only good for very gentle ones like boats and stuff.

6. Collected something stupid… when I was a boy we used to make playing cards out of match boxes, but I don’t think it counts as stupid because my friends did it as well and we used to play against each other.

8. Helped someone...Of course. Isn’t that part of being human?

10. Watched four  or more movies in one night…I am sure I have, have even watched at least 3 movies in the single day on the cinema. Probably 4 also at some point.

In , people used to hire a VCR for the night and play movies back to back, 3-4 movies a night. Have attended some of those sessions. That deserve a post of its own.

11. Snorted cocaine/Weed.. Never EVER going to do that.

12. Failed a subject…more than once.

13. Been in a car accident… a few, unfortunately. A bike accident too after which I had amnesia temporarily.

16. Burned yourself… Yes, many times, but not enough to need a hospital.

17. Run a marathon… Not gonna happen.

18. Cried yourself to sleep… Unfortunately, yes, a few times. Last time was when my mother passed away.

21. Written a 10 page letter… If emails count then yes, on a paper letter, no. And even with emails not the love sick kind of letter, just giving advice to young ones.

22. Gone skiing or Sailing… No, but hopefully, soon.

23. Cut yourself… Many times, but not enough to need a hospital.

24. Had a best friend… still do. And I have many very close friends. I am very lucky that way.

25. Lost someone you loved… Yes. More than one, unfortunately.

26. Got into trouble for something you didn’t do… Does homework count?

27. Stolen a book from the library… Nope. Never stolen a Book from anywhere. Begged and borrowed many books many times.

29. Watched the Harry Potter movies… First two, got bored in the third one.

32. Gambled in a casino… Several times. I enjoy it a lot, yet somehow never end up becoming a degenerate gambler.

33. Been in a school play… Kind of. Not like a real play, but been in some performance pieces at school time and later also. Wrote and directed some skits later.

34. Been fired from a job… Not in a “You’re fired!” kind of way but I worked as a contractor for many years.

35. Taken a lie detector test… No, never needed to.

38. Written poetry…Yes, you can even find some on this blog.

39. Read more than 20 books a year… I probably don’t average that now but when I was younger I used to read a lot. I have probably read that many a month sometimes.

40. Loved someone you shouldn’t have… Yes. Many times.

43. Had stitches… No and hope never need it. Fingers crossed.

44. Had more than 5 IM conversations going on at once.… 5 is a light session for me.

45. Been in a fist fight… Been in fights but not real fist fights. Always been a coward, always avoided fights. How do you think I developed this sense of humour?

46. Suffered any form of abuse…

47. Had a pet… Not me, but when I was very young we had two dogs. I don’t count that as me having a pet though.

50. Got a tattoo… No. I have commitment issues.

52. Got straight A’s… First two years of school I did well, then went down. Now, doing my Master’s at an advanced age and got distinction in both my module in semester 2.

53. Taken pictures with a webcam.. Yes, many times.

54. Lost something expensive… My heart. Again and again.

55. Gone to sleep with music on…Everybody has.

Take it forward people, and please comment here with your link so I can read yours.