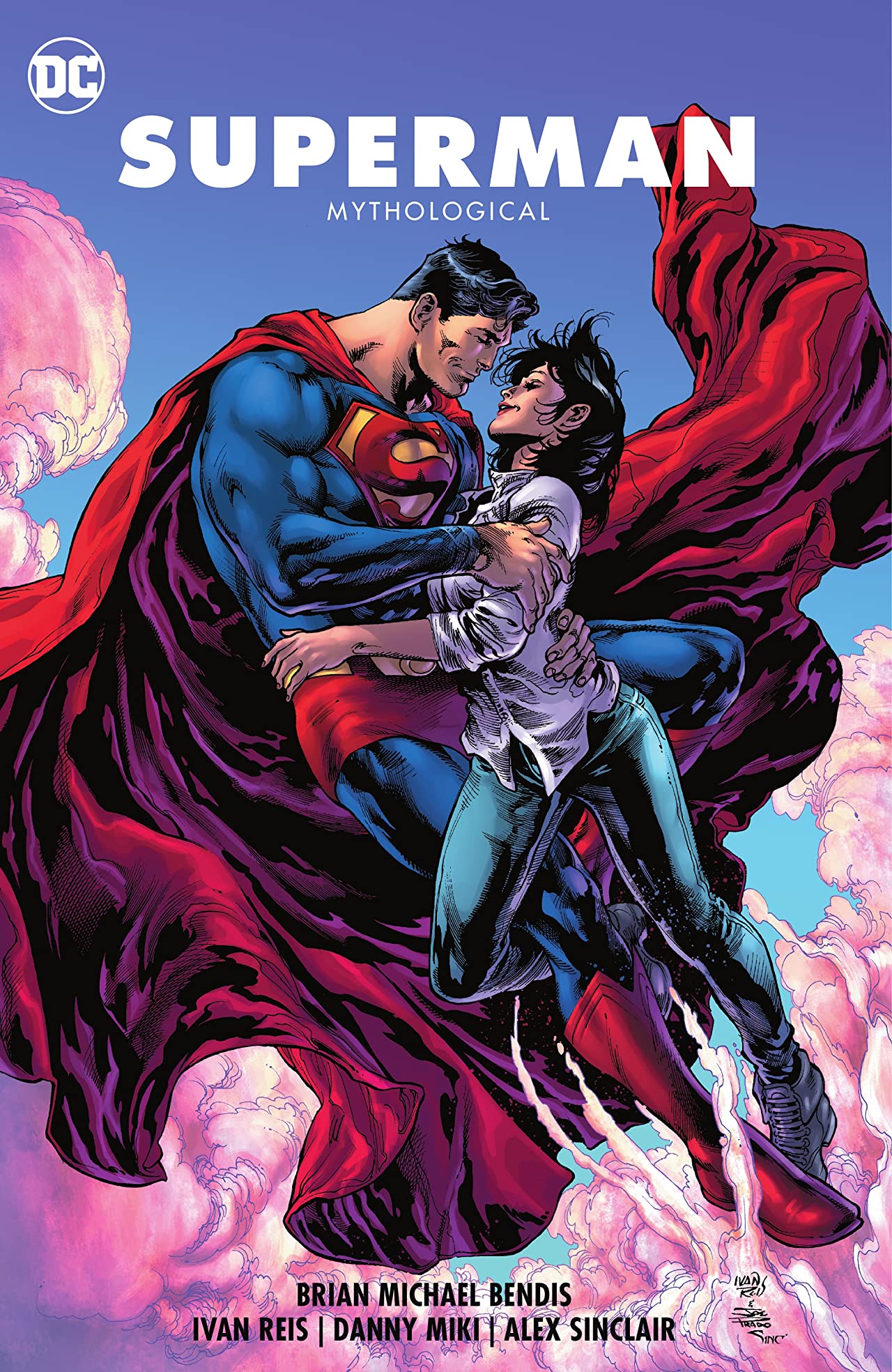 Writer Brian Michael Bendis does a nice job salvaging the ending of the Superman half of his Super-title run in Superman Vol. 4: Mythological. It is almost enough to convince one that this was Bendis' intended conclusion all along, though really I sense the story was only just getting started — that Superman’s very specific revelation last time around was the beginning of the story and not the beginning of the end.

The Sign of Four
Why I Chose to Be Vaccinated Against …
Smart Tips on How to Get More Likes o…
“The Friend Who May Not Seem a Friend…
Music Profile: Elliott Waits For No O…

Moreover, in Mythological Bendis begins to explore the psychological implications of a lot of things — of Superman’s revelation, yes, but more of that as a symptom instead of a cause, reaching farther back to Bendis' Man of Steel, Jon Kent’s disappearance and return, the fate of “Mr. Oz,” so on and so forth. It’s probably been a good 20 years since we’ve see Superman seek therapy — circa “Our World at War” — and it’s probably nigh time for a reminder that even superheroes need help too (and in a forum less polarizing than Heroes in Crisis).

It’s especially interesting since, as Bendis lightly touches on, the Bendis depiction of Clark Kent and Lois Lane is devoutly “our lives are weird by definition,” everything nontraditional, “roll with the punches,” and yet in the midst of that we see Superman raising a flag and admitting to being somewhat bowled over by it all. There’s contradiction here, and misgivings, and even a rather pregnant “but” that Bendis suggests but doesn’t pursue. All of that feels like we’re just getting to the top of the roller coaster when Bendis has to bow out. He covers it well with a lovely piece in the “Who is Superman” genre, but I can’t help think something better — maybe even a little darker — was yet to come.

Setting quite aside that this is the end of one half of Bendis' Superman run1, Mythological collects three stories all in the vein of a big monster comes hunting Superman and Superman has to fight him. That would ordinarily not be my kind of Superman story, but Bendis imbues each story with some kind of extra quality. For instance, Superman vs. Mongul is often an exercise in fisticuffs, but Bendis parallels it with Superman’s wish to avoid violence even as it often comes to him (a theme, really, of the volume as a whole), as well as Lois dealing with the political fallout when Superman — newly revealed as her husband Clark Kent — seems to have announced himself the king of planet Earth. Artist Ivan Reis comports himself well with scenes both grand and mundane (I would venture Reis has never looked better), and to an extent Mythological is peak Superman — not too complicated nor too simple, equally self-contained and connected, and with rare right mix of action and plot.

This continues into the two later plots. The Dr. Fate story particularly has plenty opportunity to go wrong — really what Bendis wants to do here is get Superman and Dr. Fate in a room so that medical student Khalid Nassour can act as makeshift therapist, but comics being what they are, an ancient demon has to appear so a Fate-helmeted Superman can knock him around. But even as Xanadoth is a little silly and it’s very likely we’ll never see him again, Bendis ties Xanadoth’s prolonged origin story to his Event Leviathan miniseries and weaves in a bunch of DC Universe spy antics, such that it doesn’t feel like filler even as it is in retrospect (plus the strong undercurrent of Superman recognizing his emotional issues).

The Synmar story, as others have noted, was hyped as the next big Superman tale only to herald Bendis' departure, and one imagines all is not wholly as it was intended to be. Still there’s a satisfactory through-way here from Bendis' inaugural villain Rogol Zaar, the destroyer-ish of Krypton (still fuzzy on that part) through to Synmar Utopica, created in answer to Kal-El being sent to Earth. As with the Mongul story, Bendis' Superman here is one who specifically tries to avoid violence as best as possible. The very final chapter is narrated by Lana Lang with help from Lois — Bendis final story runs the gamut from who Clark Kent was as a child to who he is today, with some fancy tap-dancing around Lana’s stint as the Rebirth Superwoman. Again, heartfelt “what does Superman mean to us” stories are not as unique as they once were, but Bendis still pulls at the heartstrings with his “what do we mean to Superman” sentiments.

It does still feel like a beat gets missed somewhere — that as much time as Bendis takes reestablishing Lana’s history and Clark stopping to chat with Jimmy and Steve Lombard and so on, this doesn’t seem like a writer wrapping up until only more toward the last two chapters. (I rather love the story’s slowness, but it’s incongruous with how little time is left.) There’s a moment too when Clark tells Lois he thinks he doesn’t feel stress in the manner he should because she’s always supporting him — that her incessant optimism perhaps isn’t the boon it might seem to be — which seems like it’s not a compliment even though Lois takes it to be. I wonder what the upshot of all of this would be — where therapy and having revealed his identity and all of it would take Superman, because it seems like Bendis only begins to delve into all of this just as his run is interrupted.

I can only hope that Brian Michael Bendis continuing to write Superman in Justice League means he’s not straying too far from the character. I know Justice League brings with it a certain expectation to feature all the characters equally — that Steve Lombard or Bethany Snow or Melody Moore are unlikely to get much page-time in Bendis' Justice League — but still Justice League remains my last best hope to get a little more resolution to Bendis' Super-titles run. To a certain extent Superman Vol. 4: Mythological is Bendis' first non-event trade of his Superman run — not establishing the United Planets, not revealing his identity, just dealing with the fallout of it all and “run of the mill” attacks by super-villains, and it’s just as compelling as I wanted it to be. That it’s also the end is a real shame.

This post first appeared on Collected Editions | Blog, Collected Comics Review, please read the originial post: here
People also like
The Sign of Four
Why I Chose to Be Vaccinated Against COVID-19
Smart Tips on How to Get More Likes on Your Instagram Posts
“The Friend Who May Not Seem a Friend” – The Cat and the Fire, Post 2 of 3
Music Profile: Elliott Waits For No One - Alternative Rock Band - Illinois, Usa | SRL Networks London Music PR
Look: Fujitsu Philippines opens modern HQ in Makati
قصة سيدنا موسى عليه الصلاة والسلام ج 2
Keeping in Touch
Why an everyday English field is a tranquillity base
Orée Battersea, Northcote Road