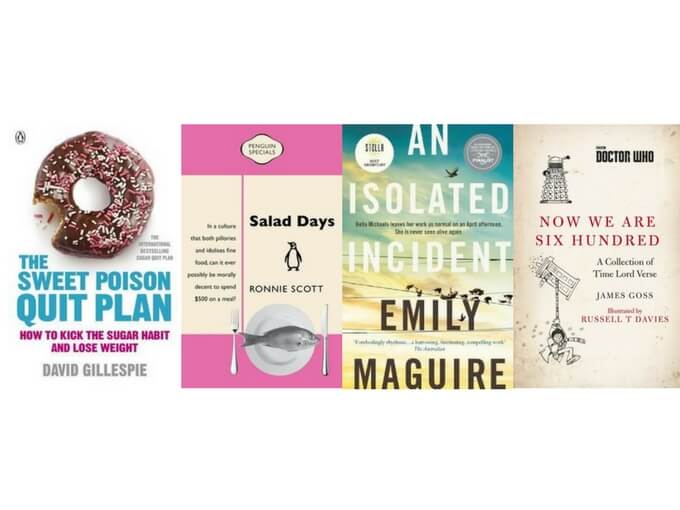 I’ve begun 2018 with a reapplied focus to read more and to better document those texts as I go to avoid the scenario of getting to the end of the month only to look back and think “Hmmm… what was that about again?” (I won’t say how often it’s happened…) How I record these thoughts will probably be in some sort of diary, but we’ll see.

Blackjack Strategy: Tips and Tricks t…
Best Things to Do in Cadaques, Beauti…
Building a Talent Pool in a Tight Mar…
Easy Pet Rocks Craft Idea For Kids
The Sign of Four

I picked up Salad Days by Ronnie Scott because I really like the Penguin Specials series – short texts, the perfect digestible (get it?) if you’re delving into a new topic or form. I’ve talked about several in the past – here and here – and this was my first nonfiction title. Scott’s essay examines food – specifically the rise of fine dining, as it incorporates cooking methods like molecular gastronomy, and what this says about us culturally.

This month’s random off-the-shelf gamble takes the shape of Doctor Who: Now We Are Six Hundred, a Book of poetry by James Goss and illustrated by former Doctor Who showrunner Russell T. Davies. Honestly, the illustrations are the best part – charming, deft and playful. While the poetry is uneven, and the better examples include ‘The Hard Stair’, ‘To Anonymous’ and ‘A Good Man’ (“Good men they take the long way round / It goes with all that higher ground”), I doubt the question of quality would even occur to younger fans who, I think, are the target audience. The fun energy would appeal more. I especially liked how most of the poems were written in response to particular episodes – this could be an interesting teaching tool, where students could write about an episode of their favourite show.

The next book up is An Isolated Incident by Emily Maguire. We’ve watched a lot – and I mean a LOT – of crime television over the summer as Keira is making her way through all twelve seasons of Bones. I don’t read a lot of crime fiction, but in light of our recent viewing activity, this novel choice might not seem such an isolated incident (I’m full of puns today, sorry. I’ll stop now). I was very impressed – I’ve travelled through the area it was set in, and others like it, countless times in my life. It felt familiar to the point of claustrophobic. If you can handle the subject matter, I recommend it.

Last up is The Sweet Poison Quit Plan by David Gillespie. I’d love to see statistics as to how much health and diet book sales/library borrowings go up in the new year by people wanting to start things off on a better foot. I’ll put my hand up in this instance – guilty! If you’re familiar with the work of Sarah Wilson and her ‘I Quit Sugar’ movement, and others like it, much of this information covers similar territory. Still, it’s good to get reminders. After I finished I remembered thinking I wish the recipes section at the end had been a little more thorough and then when I was doing research online – voilà! I came across The Sweet Poison Quit Plan Cookbook. If you’re the kind of person who prefers quick actionables, maybe you could start there and work your way back.

What are you reading this month?

This post first appeared on Karen Andrews - Learning Through Life And Creativi, please read the originial post: here
People also like
Blackjack Strategy: Tips and Tricks to Learn when Practicing Blackjack
Best Things to Do in Cadaques, Beautiful Town in Costa Brava
Building a Talent Pool in a Tight Market
Easy Pet Rocks Craft Idea For Kids
The Sign of Four
10 of the best rural glamping hideaways in Britain

Subscribe to Karen Andrews - Learning Through Life And Creativi