Benefits of Cold Showers: 7 Reasons Why Taking Cool Showers Is Good For Your Helalth

Taking cold showers instead of hot showers provides surprising health benefits from burning fat to depression relief for our skin and body.
Most of us have been caught in that skin cringing, and often dreaded moment of being the last one to shower. If you haven't then chances are that you've had someone walk into the bathroom, and flush the toilet mid-shower, leaving you covered in bone-chilling cold water. In these moments, instead of indulging in a hot luxurious shower, especially during the bitter cold winter months, we find ourselves shivering with discomfort and anger, but this may actually be advantageous to our health. Coined as the “James Bond Shower,” or often referred to as a “Scottish Shower,” turning the temperature down to freezing cold at the end can provide surprising benefits for our body and skin.

1. Increases Alertness
Taking a cold Shower in the morning, and  feeling cold water pour down over our body seems more horrifying than soothing. However, the deep breathing in response to our body’s shock helps us keep warm, as it’s increases our overall oxygen intake. Thus, our heart rate will also increase, releasing a rush of blood through our entire body. This gives us a natural dose of energy for the day.

Wuhan Weather Report
You Say Covid-19, I Say Hangar 18!
Everybody wants me, so when do I self…
فوائد شرب الماء على الريق
How long does it take CBD to work? Ho…
Katherine Hepburn, a Hollywood actress, was a fan of Cold Showers. She began taking them daily after being pushed by Dr. Thomas Norval Hepburn, a urologist and pioneer in social hygiene, The New York Times reported. Katherine would take ice-cold baths or showers during childhood and for the rest of her life — she would advise others to do so as well. The actress swore by cold showers, and had a high energy level to support her claims.
2. Refines Hair and Skin
When it comes to hair and skin, one of the most natural ways to maintain your appearance is with cold showers. Hot water has the tendency to dry out our skin, so it’s best to use cold water to tighten your cuticles and pores, which will prevent them from getting clogged. Cold water can “seal” the pores in the skin and scalp too, preventing dirt from getting in.
Jessica Krant, board-certified dermatologist, told The Huffington Post that ice-cold or lukewarm water can help our skin and prevent it from being stripped of its healthy natural oils too quickly. Remember, cold water only temporarily tightens skin as it constricts blood flow, but it does not shrink pores. When it comes to haircare, cold showers can make hair appear shinier, stronger, and healthier by flattening hair follicles, and increasing their ability to grip the scalp.
3. Improves Immunity and Circulation
Cold water can improve circulation by encouraging blood to surround our organs, which can then help combat some problems of the skin and heart. As cold water hits the body, it's ability to get blood circulating leads the arteries to more efficiently pump blood, therefore boosting our overall heart health, according to Dr. Joseph Mercola, a natural health expert. It can also lower blood pressure, clear blocked arteries, and improve our immune system.
4. Stimulates Weight Loss
Cold showers can aid weight loss in an unexpected way. The human body contains two types of fat tissue, white fat and brown fat. White fat is accumulated when we consume more calories than our body needs to function, and we don’t burn these calories for energy. This body fat piles up at our waist, lower back, neck, and thighs, and is the one we all struggle to eliminate. Brown fat is the good fat, which generates heat to keep our bodies warm, and is activated when exposed to extreme cold, according to the Joslin Diabetes Center, a Harvard Medical School affiliate. Thus, cold showers can promote brown fat activity.
A 2009 study found that exposure to extreme cold temperatures activated brown fat in 23 and 24 participants by a 15-fold increase, meaning someone could lose up to nine pounds in a year if they kept this practice up.
5. Speeds Up Muscle Soreness and Recovery
We have all seen athletes taking ice baths after training to reduce muscle soreness, but a quick cold shower after breaking a sweat at the gym can be just as effective, especially in relieving delayed-onset muscle soreness. A 2009 study analyzing 17 trials involved over 360 people who either rested or immersed themselves in cold water after resistance training, cycling, or running. It found that 24-minute cold water baths were effective in relieving sore muscles one to four days after exercises with a water temperature of 50 to 59 degrees Fahrenheit, or 10 to 15 degrees Celsius. However, some studies involved colder temperatures.
6. Eases Stress
Jumping into the shower without letting it heat up, or going into the ocean without slowly acclimating to it, can help promote hardening, increasing tolerance to stress, and even disease. A 1994 study found a drastic decrease in uric acid levels during and following exposure to a cold stimulus. There was also an increase in gluthathione, an antioxidant that keeps all other antioxidants performing at their optimal levels. The participants, who were 10 healthy people who swam regularly in ice-cold water during the winter, adapted to repeated oxidative stress.
7.  Relieves Depression
Cold showers have been shown to relieve depression symptoms due to the intense impact of cold receptors in the skin, which send an overwhelming amount of electrical impulses from the peripheral nerve endings to the brain. Thus, it produces an antidepressive effect, and boosts moods, making it a pick-me-up. A 2008 study found that cold hydrotherapy has an analgesic effect, and does not appear to have noticeable side effects or cause dependence. This treatment included one to two cold showers of 38 degrees Fahrenheit, two to three minutes long, followed by a five-minute gradual adaptation to make the procedure less shocking.
It’s time to take a duck to water, and try the benefits of hydrotherapy. 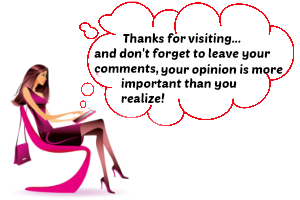 Benefits of Cold Showers: 7 Reasons Why Taking Cool Showers Is Good For Your Helalth