Think of your favorite Character in fiction. What’s the first thing that pops into your head? For most fans, this character embodies certain traits, whether it’s strength, knowledge, or their usually unwavering moral compass. However, there are occasional occurrences when a character says or does something that counters their consistent personality.

Get ready for the shocking and weird sides of some of your favorites with five wildly out of character moments!

The Justice League of Mind Wipes 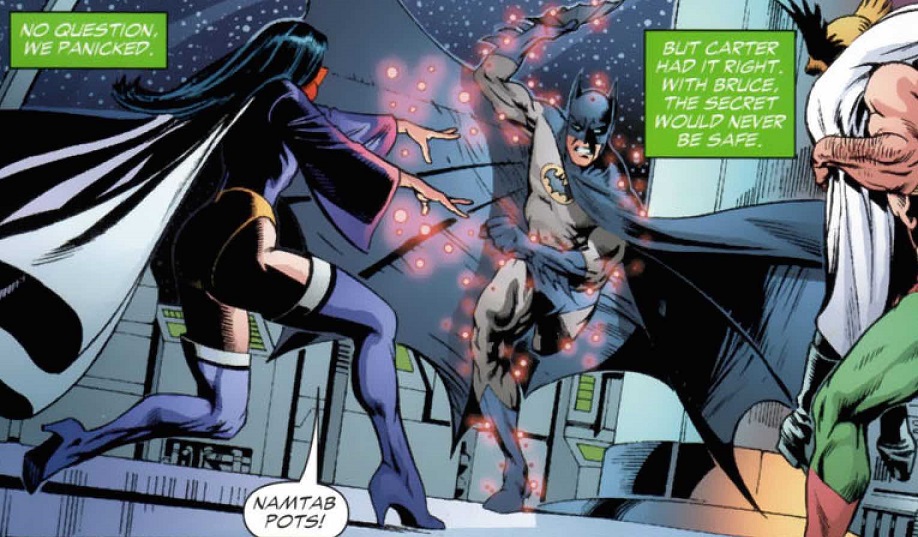 There’s a fine line between justice and revenge! Being the world’s greatest heroes, the Justice League know that better than most…well, except for that one time.

During Identity Crisis, it was revealed that Doctor Light once broke into the Watch Tower and did horrible things to Sue Dibney, wife of the Elongated Man. After the several League members brought him down, he threatened to attack their loved ones next. So, the assembled Leaguers had Zatanna erase Doctor Light’s memories which effectively lobotomized the villain. Make no mistake, what Light did was beyond terrible, but you could say he had it coming.

It’d be one thing if it was just Doctor Light, but they didn’t stop there. Batman walked in on the mind wipe and tried to stop it, but had his memories erased to preserve the secret! To mess with minds like this — one being the mind of a friend — is a behavior that brings shame to the Justice League! 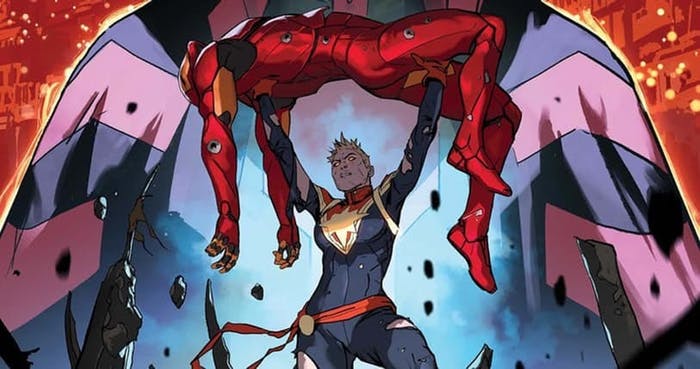 Sure, what Iron man did in the first Civil War was a contender for this list, too. Tony Stark was pretty cruel in that story, but what Captain Marvel in Civil War II was arguably worse!

Carol Danvers wanted to use an Inhuman’s visions of the future to stop crimes before they happened. Unfortunately, she forgot that a crime actually has to happen before punishment. Her behavior started a war with Iron man who disagreed with her methods, and her “abuse” of an Inhuman’s power.

What really killed any kind of high ground for Captain Marvel was how stubborn she became to prove the validity of her methods. She was constantly given proof that the visions could manipulated and weren’t set in stone, but she ignored it every time! Through that stubbornness, friends ended up getting injured or killed, yet she blatantly refused to change her methods.

And yes, Tony’s Negative Zone prison was bad, but technically, they arrested heroes who were breaking the law. Captain Marvel, however, jailed a bunch of people for crimes they didn’t commit! The whole thing just makes Captain Marvel look like a selfish dictator who won’t accept being wrong. And let’s not even get started on what she did to Iron Man in the end.

The Atom’s “Introduction to Pain” 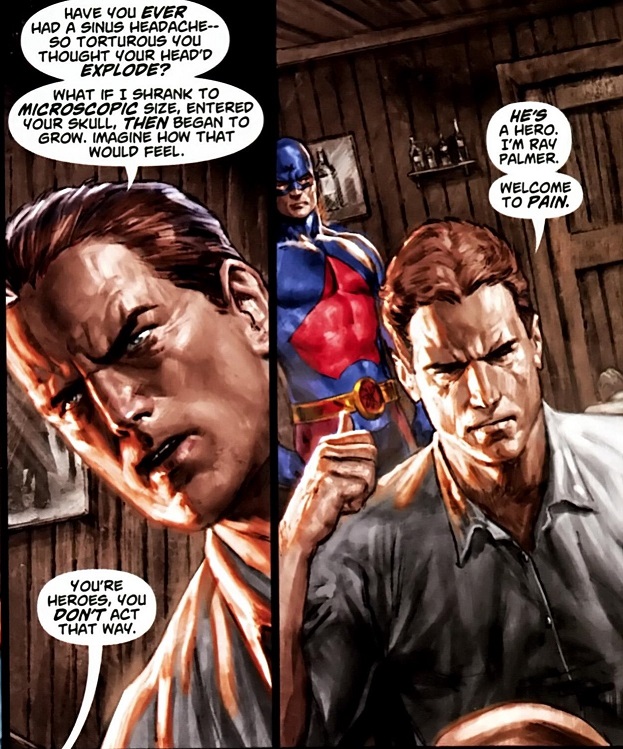 Whether it’s Ray Palmer or Ryan Choi, the Atom has always been more of a man of science than violence. So, the Atom would never consider torture. Ever. Well, except for that one time.

While on the hunt for some stolen technology, both Ray and Ryan managed to track down and defeat Killer Moth. To get the villain to talk, Ray shrunk down to microscopic size, entered Moth’s skull, and began to grow. The pain was so excruciating that Moth instantly gave up the info. Seeing the Atom torture someone like this was brutal — it was completely out of character. Was the writer suffering through a divorce or angry as at the landlord?

The “Clone-Life” Crisis of Peter Parker 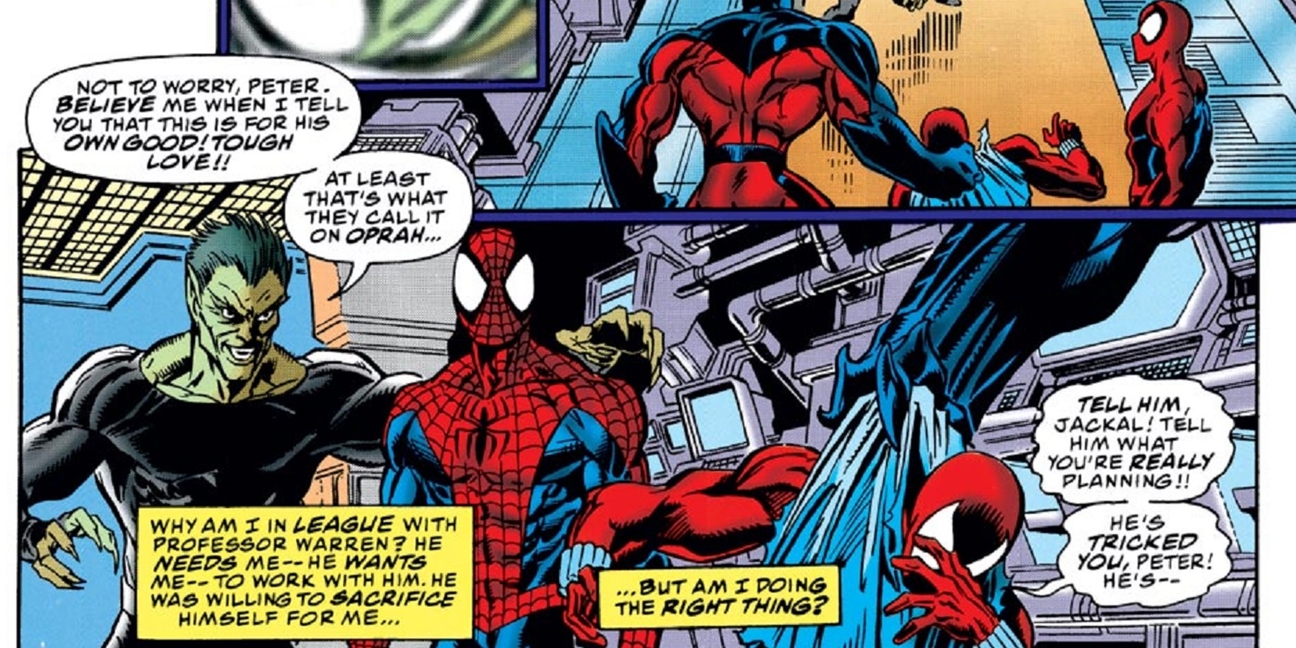 Oh Spidey, you sure had your fair share of ups and downs. In the controversial Clone Saga, it was revealed that Peter Parker was secretly a clone! Peter didn’t take this news well. Not well at all — it made Spider-Man so emotionally distraught, he became gullible enough to work for the Jackal! Since he drank the Kool-Aid, he did the villain’s dirty work, like beating up his friend Ben Riley (Scarlet Spider).

But his most questionable behavior involved hitting a pregnant Mary Jane while he flipped out over the news! Clone Saga will always remain infamous among fans of Spider-Man and it’s easy to see why. 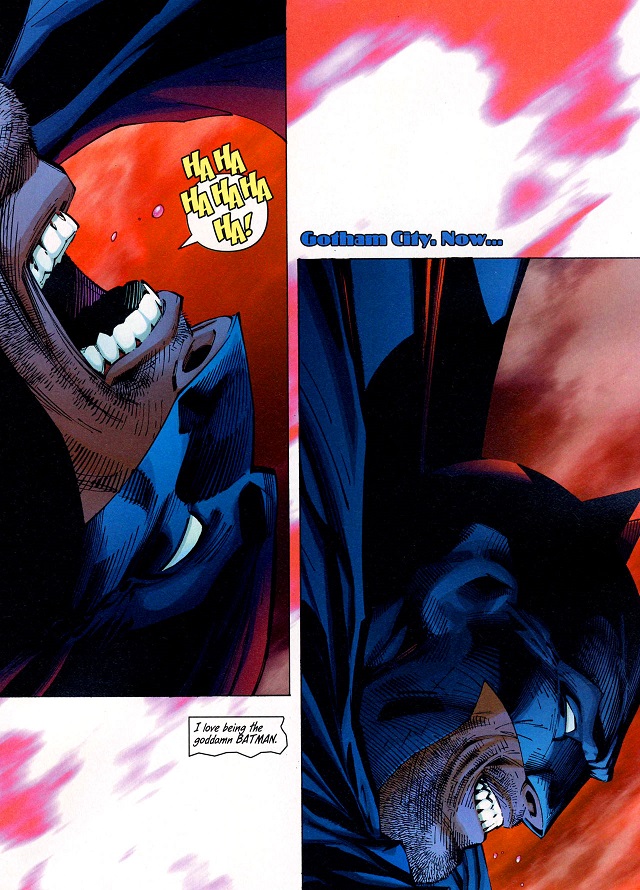 I want you to think of everything you know about Batman. Think of his morals, his personality, his demeanor, and what led him to becoming the Dark Knight. You got all that? Good. Now, take all of those things and chuck them out the window! That’s pretty much the Batman we got from All-Star Batman and Robin, the Boy Wonder.

This Batman kidnaps, tortures, kills, laughs like a maniac and treats everyone like garbage. How bad is it, you ask? After kidnapping a young Dick Grayson, he tries to make him eat rats and bats in the Batcave for food. Yeah, pretty bad.

It’s incredible just how horribly written Batman is here. It’d be one thing if this book existed in its own little world, but the writer, Frank Miller said otherwise. He claimed this is canon with his other works, like Batman: Year One and The Dark Knight Returns. Unfortunately, that makes no sense since Batman’s portrayal in All Star is very different than his portrayal in Miller’s earlier works. Are we sure this wasn’t supposed to be about Batman’s transformation into the Joker?

Which wild and crazy out of character moments do you think were the worst in comics? Let me know in the comments below!

The post Five Wildly Out of Character Moments from Usually Dependable Comic Book Characters appeared first on The Source by SuperHeroStuff.