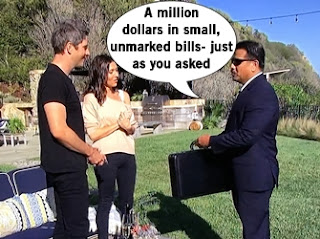 Arie rolls up to The Bachelor mansion on a motorcycle and it's about 50 times less cool than it should be. Becca K hops on the hog with Arie, sadly no sidecar, and they ride up to a private wardrobe fitting with celebrity stylist Rachel Zoe, a free pair of Louboutins, and a suitcase full of exquisite jewelry from creepy icon Neil Lane. Becca gets to showoff all her new gear in front of the girls before departing for the night portion of the date all dressed to the nines. The conversation between Becca and Arie is natural and genuine, with him talking about wanting love again and her opening up about her father than passed away. Becca gets a rose, gets to keep the Neil Lane earrings, and has a night full of smooching Arie under confetti. 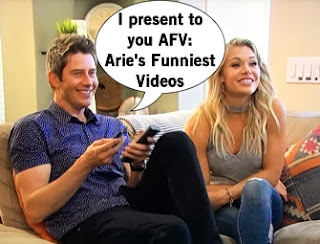 Everyone is surprised there is another 1-on-1 date this week and sort of a big one: Krystal takes a private plan with Arie to his hometown of Scottsdale, Arizona. Krystal gets to tour Arie's home like it's a really bad episode of House Hunters. Arie pulls out the photo album and some embarrassing home videos to show all about his life. But the biggest surprise of the date: Arie brings Krystal to his parents' house to meet them (and his brother). This is all a little intimidating to Krystal who worries she'll scare Arie off if she opens up already about her divorced parents and her homeless brother. Arie is not scared off by all this and chose her for this super early family date because he thinks she's amazing. Krystal receives the rose and gets to slow dance and kiss Arie while being serenaded by Connor something. 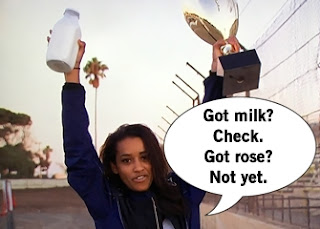 The group date girls are brought to the track for a demolition derby because I guess attempted vehicular homicide is one way to get to the final rose. All the girls are excited to spray paint their car and smash into each other except Annaliese who had a traumatic bumper car experience as a child. Arie comforts her and eventually a protective suit and helmet helps Annaliese calm down a little and bash into the others. But the demolition derby champion is Seinne who wins the trophy, gets celebratory milk, and maybe a little extra time with Arie, but I'm sure someone will interrupt them. At the cocktail party, Chelsea grabs Arie first to reveal her secret: she's a mom. Arie very slowly kisses Krystal and it's like time slows down in the most excruciatingly awful way imaginable. Seinne does get her time and reveals she lived in Scottsdale and went to Yale, which impresses Arie so they smooch and eventually she gets the date rose. Most girls are leaving the date happy but Bibiana is seething in anger over not getting time with Arie. 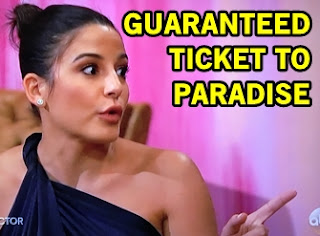 It's cocktail party time and everyone is hoping to get a little more time to prove their worth. Arie gives Brittant Y the "Most Hardcore" award from the demolition derby because she went so hard she ended up a the hospital. Arie and Bekah make out again, but this time she wears an absurdly large fur coat. Despite having a rose, Krystal interrupts for time with Arie since it's possible she won't get to talk to him again for a long time. Bibiana finally gets her alone time to learn more about Arie and Krystal interrupts a second time, which infuriates Bibiana who tells off Krystal. But good news: we learned Arie brought his dog to LA from Scottsdale. At the Rose Ceremony, despite all the drama, Bibiana gets the rose. The girls who don't get a rose had literally no airtime so I wish them well and know even with no airtime you can still get case on Bachelor in Paradise so best of luck!
[All images credited to ABC]