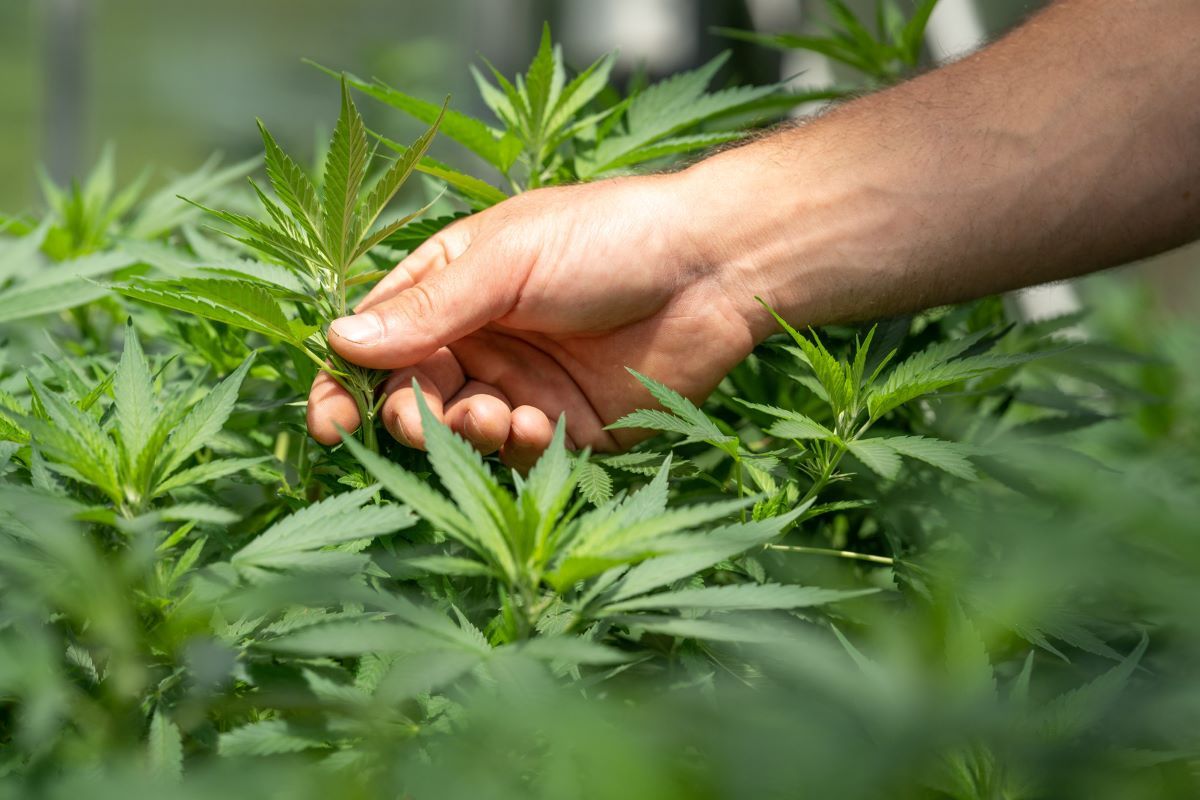 There are at least a half-dozen Cannabis industry groups in Washington, D.C. — but none of them are focused on tribal cannabis markets.

The Indigenous Cannabis Industry Association intends to change that.

As first reported in Politico by Natalie Fertig, the founder of the Indigenous Cannabis Industry Association (ICIA) and CEO is Rob Pero: a cannabis entrepreneur and member of the Bad River Band of the Lake Superior Tribe of Chippewa Indians in Wisconsin. Pero is also founder and CEO of Canndigenous– a holistic hemp producer, grower, and provider– and Perodigm– an Indigenous-led media agency based in Wisconsin.

Indigenous activist and publisher Mary Jane Oatman will be Executive Director and Chief Operations Officer of ICIA alongside Rob Pero. As a member of the Nez Pierce tribe, Oatman grew up faced with the struggles of cannabis legalization from a young age–her grandparents were put in prison for growing cannabis on tribal land in the 1980s– as such, she has become a staunch activist for the plant.

With a background in nonprofits, Mary Jane Oatman saw an opportunity in the cannabis industry to help protect Indigenous sovereignty through the preservation of Indigenous stories and founded the Indigenous Cannabis Coalition (ICANNC). She then founded THC Magazine in February 2020 as a form of educational material, and she’s working on finding the easiest way to increase access to THC Magazine– currently, the magazine is available for free download on their website.

This past 4/20, Oatman celebrated National Cannabis Day alongside five other tribal sovereign nations across the U.S. and Canada at “the second international Indigenous cannabis collaboration on record in the industry” hosted by Honeysuckle and collaboration of Indigenous cannabis activist groups (including Little Beach Harvest and the Shinnecock Indian Nation, TILT Holdings, Conor Green, and others).

Oatman’s newest adventure lies with Pero and the Indigenous Cannabis Industry Association, and her determination to “ensure that [ICIA is] advancing the inclusion and protection of tribal provisions in our nation's capital.”

What Will The Indigenous Cannabis Industry Association Do Exactly?

The new organization is starting with tribal partners primarily from Wisconsin, Michigan, Washington, and Oregon, but plans to be a resource for any tribe around the nation that is interested in the cannabis industry or already has a functioning cannabis market. Its mission will be twofold: providing resources to tribal cannabis programs, and advocating for tribal interests at the state and federal levels.

Pero also wants ICIA to be a resource for tribes seeking answers to cannabis questions — from how to address outside companies that want to use tribal land to assisting tribal members interested in the cannabis industry who don’t know where to start.

The ICIA team intends to give members of the association access to their network of Indigenous industry partners, advocacy groups, mentors, businesses and aspiring entrepreneurs to help understand the intricacies of Tribal, state, and federal policy when it comes to the plant and "to provide resources for Tribal governments and Indigenous people to design and advocate for equitable cannabis policies," as summarized by Patrick Williams for cannabisbusinesstimes.org.

“That, I think, is what we're seeing as the biggest value added,” Pero said. “To empower our independent tribal member-owned entrepreneurs to have a better understanding of the industry, and that there are mechanisms to help us be successful in this space.”

In short, the ICIA will “create opportunities for Indigenous people in cannabis and empower the Indigenous community through policy, programming, and outreach initiatives."

Cannabis, Indigenous Tribes, And Their Relationship With The Federal Government

The ICIA’s mission is a heavy one: every tribe has a slightly different relationship with the U.S. government, and tribal relationships with each state range from good to downright ugly. That means every tribe faces a unique situation when it comes to their cannabis market, and the resources ICIA will need to provide will vary accordingly.

“We're trying to provide as many options as possible, based upon the landscape we're currently looking at,” said Pero. That landscape? Cannabis’ fluctuating status of legality across the country; ICIA wants to be of service to tribes no matter the status of the plant.

Oatman asserts, “We have a long road ahead to advance our tribal communities in equity conversations, as many of our reservations still face unequal protections and disparate enforcement of laws regarding cannabis,” in her opening statement revealing herself as COO and Executive Director of the new association.

At the federal level, ICIA is focusing on removing cannabis from the Controlled Substances Act. If and when that happens, Pero says, every state is going to need to have a plan for what that looks like — and it still remains to be seen if or how the federal government will allow tribes to set their own rules. The same goes for the laws at the state level.

What’s Next For The Indigenous Cannabis Industry Association?

Oatman announced ICIA’s plan to host “a historic gathering in Washington DC on November 15-16, 2022,” the Indigenous Cannabis Policy Summit. The Executive Director also notes the conflict with MJ Biz Con, but states that “for our Indigenous communities still battling for federal descheduling, our focus and goals are to ensure that we are advancing the inclusion and protection of tribal provisions in our nation's capital.”

Oatman, Pero and the rest of the board of directors are excited to launch the Indigenous Cannabis Industry Association, and ultimately aim to create “opportunities and equity for our Indigenous people while empowering our communities through policy, programming, and outreach initiatives.”