The Best Dressed Men at the Royal Wedding

Tags: style coat wedding navy morning waist coat great style morning coat dress uniform kate middletons
May 1st 2011
View original
We all know that Sarah Burton, the late Alexander McQueen's right hand person, was responsible for Kate Middleton's beautiful Wedding gown. The simplicity, fit, and ornate detail of the dress made the now Duchess of Cambridge the most watched woman in the world last Friday. But what about the men? Not much has been said about Prince William's powerful red dress uniform from the Irish Guard regiment or David Beckham's finely tailored morning Coat with a matching top hat. Let's give these fine men some recognition on this special post from ISTYLEU.
The Duke of Cambridge: Showing authority, power and Great Style, the Duke wore the Dress Uniform of the Irish Guards regiment for his wedding. As a high ranking officer in the British Armed Forces (He's a Colonel), the red uniform features the Harp of Ireland and also the prestigious eight-pointed Start of the Most Illustrious Order of St. Patrick. I salute you for your great style, Duke! 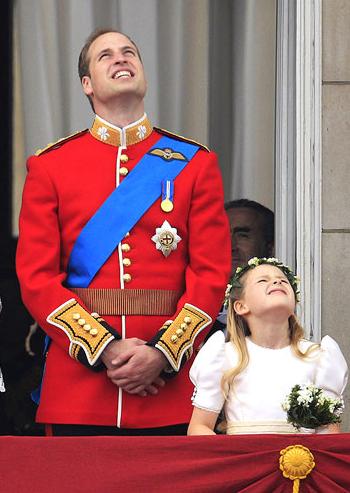 Photo from the Associated Press

James Middleton: Kate Middleton's brother, James, gets style points for mixing the best of pastels in his shirt, Waist Coat and tie, with his navy blue jacket. The powder blue shirt, alongside the contrasting white collar, canary yellow waistcoat and summer purple tie gives him a modern and classy look.

David Beckham: He's the ultimate male style icon. David rocked Wills and Kate nuptials with a gray cravat, matching Navy Morning and waist coats, and his charcoal gray trousers. Topping off the look was his top hat, which I don't think he ever wore. Who would want to mess with that slick back hair style anyway? Not David. 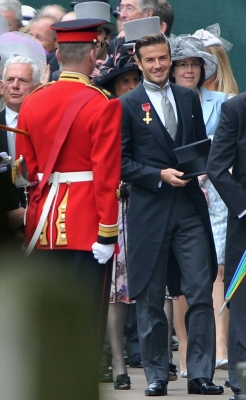 Image from Access Hollywood; By Getty Images
Elton John and David Furnish: One of England's and America's power couple, the two have very contrasting styles. Elton, is usually more colorful and overstated, whereas David who tends to be behind the scenes, is more classic and understated. Those differences can also be seen in their wedding ensemble. Elton mixes his navy Morning Coat with a pale yellow waist coat and a lavender tie, while David goes classic with a mix of navy and grays for his coats and tie. 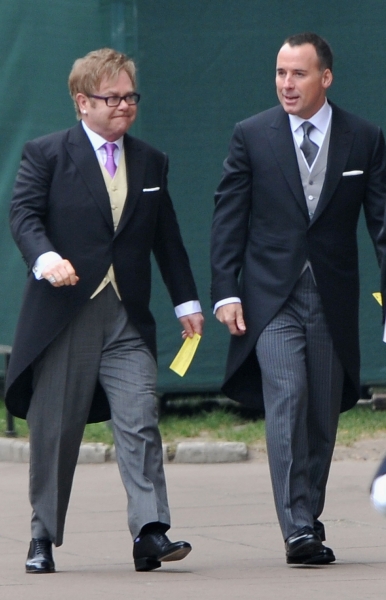 The Best Dressed Men at the Royal Wedding