Tottenham players have been spotted meeting up and training side-by-side in defiance of social-distancing guidelines.

Footage has emerged appearing to show Davinson Sanchez and Ryan Sessegnon jogging together on Hadley Common in north London, while right-back Serge Aurier was also pictured running alongside a friend. 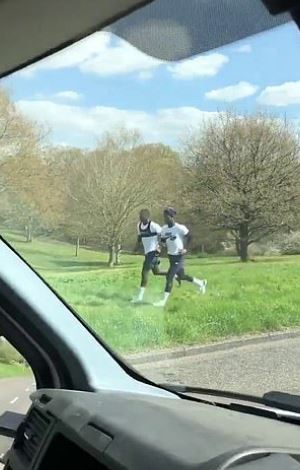 Government advice means outdoor exercise should be done no more than once a day, alone or with one other person from your own household.

Individuals are also advised to stay two metres apart at all times – and Spurs have been forced to remind their players of the rules.

When approached for comment, a club spokesperson told the Daily Mail: “All of our players have been reminded to respect social distancing when exercising outdoors.

“We shall continue to reinforce this message.”

Tottenham have already sparked outrage during the coronavirus crisis with their decision to furlough non-playing staff.

Liverpool recently reversed their decision to ask for government help with their wage bill after a fierce backlash and now Spurs are under pressure to do the same. 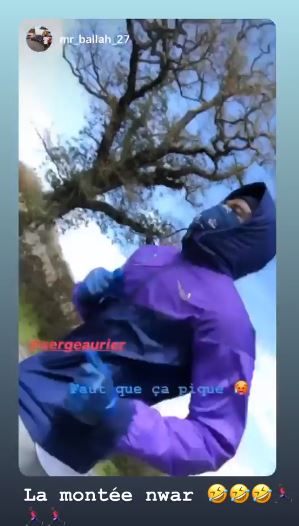 Aurier was also out training with a friend

Spurs’ players appear to be the latest footballers to flout lockdown after Man City’s Kyle Walker and Jack Grealish were both caught attending parties.

Ian Holloway joined talkSPORT on Tuesday to vent his fury, not only at footballers, but anybody who is ignoring the government’s restrictions.

He said: “Can they [the Government] make it any clearer, saying every day, ‘Don’t go out, help the NHS and save lives’?

“Really, if you’re flaunting that there’s something wrong with you.

“If you had one day on the frontline doing what all these doctors and nurses are having to do, you wouldn’t go out – it’s just frightening.

“I watched a film the other night, Midway, and these Americans were dive-bombing, coming down and trying to sort out the Japanese that hammered Pearl Harbour…

“Look what these people did for us. We’ve got to just stay indoors to save lives… and we cant do it? It doesn’t makes sense!

“It’s absolutely so disrespectful to generations and generations who fought and lived for us to make sure our world was a better place, and they cant do that? It’s all wrong!”