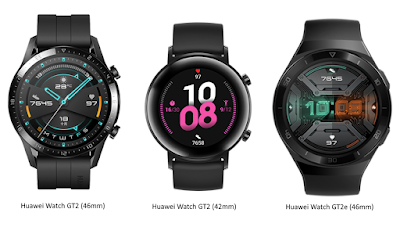 There are a lot of similarities in the specifications between Huawei Watch GT 2 and Huawei Watch GT 2e. Many people has been asking, beside the obvious different in price tag, what are the differences between both of them?

By the way, since the Huawei Watch GT 2e is newer, it comes with a firmware with more features, such as the SpO2 blood oxygen saturation measurement. The sports mode also increased from 15 to 100, with sport activity auto-detect capability.

[ Original from: The 8th Voyager http://voyager8.blogspot.com ]