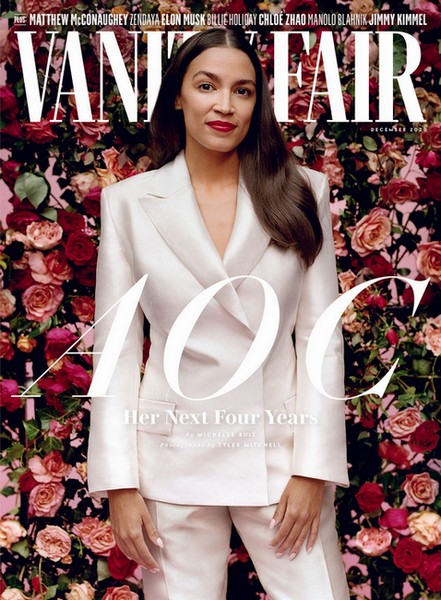 The threat of Donald Trump getting re-elected will see much of the American left voting for the centrist Joe Biden. The rallying call is to 'Dump Trump, then battle Biden'.

JOE BIDEN was not the first choice of the American left for President. That was Bernie Sanders. But the Democratic Party establishment rallied around Biden, just as it rallied around Hilary Clinton in 2016. And Biden, just like Clinton, is a fully subscribed member of the Washington establishment. But, despite the real lack of enthusiasm for the centrist politics of Biden, many on the left will vote for him - if only to topple Donald Trump.

WordPress Website Customization: Best…
How to Integrate Bitcoin Payments in …
Chatfuel Vs BotMyWork Chatbot Builder…
How and Why America Was Hit So Hard B…
New Mailchimp Review 2020

The Democratic Socialists of America, the largest socialist organisation in the United States, did not endorse Trump. But as one Los Angeles member of the DSA told me, watching another Trump victory unfurl on her television screen was not something she could bear contemplating. She agreed that Biden could be described as 'the lesser evil' but the 'greater evil' of Donald Trump was in a league of its own.

'Trump winning again is a nightmare scenario isn't it? So I've voted Biden without any real expectations for his presidency. The stakes are just too high to allow Trump and his cronies another four years.'

Katie Halper of the Katie Halper Show on YouTube and the Useless Idiots podcast says that Biden isn't driven by a desire for real change but a return to 'the good old days' when Barack Obama was president and he was his vice-president.

'The thing is that this guy is not the sociopath Trump is. That's what American politics has boiled down to - one candidate isn't a sociopath. But Biden's not motivated by unity or empathy or compassion. He's motivated to a return to the status quo of four years ago, which got us to were we are in the first place. Nothing would fundamentally change. So, bearing that in mind, we move forward'.

She says it was immensely frustrating watching Biden in the television debates avoid putting forward anything  that might of been construed as part of a left wing agenda, - an opportunity, she says, that Bemie Sanders would have grabbed with both hands.

'Instead of saying he wasn't a socialist, imagine if Biden had used the historic opportunity to say 'There's nothing radical about providing health care as a right. It's overwhelmingly popular. In fact, Mr. President, your life was literally saved by what you call socialised medicine.' But he didn't'

Long time socialist Dan La Botz says that for the first time in his life he is voting for a Democratic Party presidential candidate. But, at the same time, he has no illusions about who is voting for.

'Biden helped the Democratic Party to carry out the neoliberal turn from the working class to the professional classes, and he supported the racist and imperial policies of the Clinton and Obama presidencies. I am not a political supporter of either the Democratic Party nor of its candidate Joe Biden, but I urge a vote for him on narrow and pragmatic grounds: to prevent Trump from having a second term.'

He also points out that there is little in a way of a real alternative to the Democratic Party.

'I wish I could vote for the Green Party, a labour party, a socialist party, or some other progressive party on the left that represented a mass movement. Unfortunately there is no such alternative. As I said, I regret having to make this decision to vote for Biden, but I would regret even more a second term for Trump.'

In an open letter published in September, fifty writers and activists, including Noam Chomsky, Barbara Ehrenreich and Cornel West, urged the American left to focus first on defeating Trump and then taking the battle to Biden:

While parts of the American left are sceptical then any progress can be made within the Democratic Party itself, the progressive wing of the party has been quietly growing and organising throughout the four years of the Trump presidency. Led unofficially by congresswoman Alexandria Ocasio-Cortez, she and her fellow three 'squad' members will almost certainly be joined by a number of other socialist and left wing congress members in November.

Already AOC and organisations like the Justice Democrats and the Progressive Change Campaign have called on Biden to reject 'any nominee to an executive branch position who is currently or has been a lobbyist for any corporate client or an officer for a private corporation'.

While the Democratic Party establishment will regard the defeat of Trump as a return to 'normalcy', AOC has consistently said that he is a symptom of the wider malaise of American capitalism. And she has a warning for Joe Biden. She told Vanity Fair magazine this month:

'If people's lives don't feel different under President Biden, we're done. You know how many Trumps there are in waiting? I'm tired of incremental change - bullshit little ten percent tax cuts. I think, honestly, a lot of my dissent within the Democratic party comes from my lived experience. It’s not just that we can be better, it’s that we have to be better. We’re not good enough right now.'