Kerry Washington Explains Why She Didn’t Boycott The Oscars 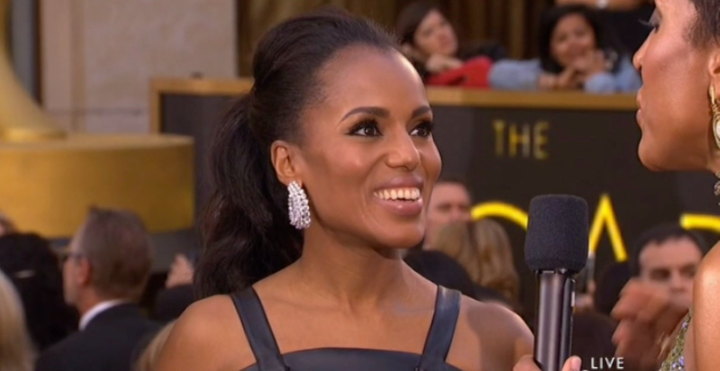 Some celebrities decided not to attend this year’s Academy Awards after the 2016 acting nominations were, for the second year in a row, comprised entirely of white performers.

On the red carpet before the ceremony, Scandal star Kerry Washington said that she understands and supports those who decided to boycott, but added that true change also requires diverse voices to be part of the conversation.

TSPSC RIMC Syllabus & Exam Pattern 20…
Risky Business: What Keeps You up a N…
Help For The Inner Journey
Tether’s Response to Baseless Complai…
Today I am thinking about who I am wr…

“A lot of people have asked me why I’m here tonight and the thing I’ve been thinking about is, if you look at the history of movements, the history of change, a lot of voices are needed at the table,” Washington, who is presenting at the Oscars, told Robin Roberts during ABC’s pre-show. “I really respect and actually admire some of the people who are not here tonight. I really get it. But for me, I felt like my voice, in my heart, my voice is best used at the table. As a new member of the academy, I want to make sure there’s institutional change so that we never have a year like this again, so that we can be as inclusive as possible.”

She went on to say that actors of color aren’t the only ones who should benefit from the changes Academy President Cheryl Boone Isaacs announced on Jan. 22. “It’s about women, it’s about people of color, [and] it’s about age,” Washington said. “It’s about making sure that our films and the awards we give for films represent humanity.”

Kerry Washington Explains Why She Didn’t Boycott The Oscars