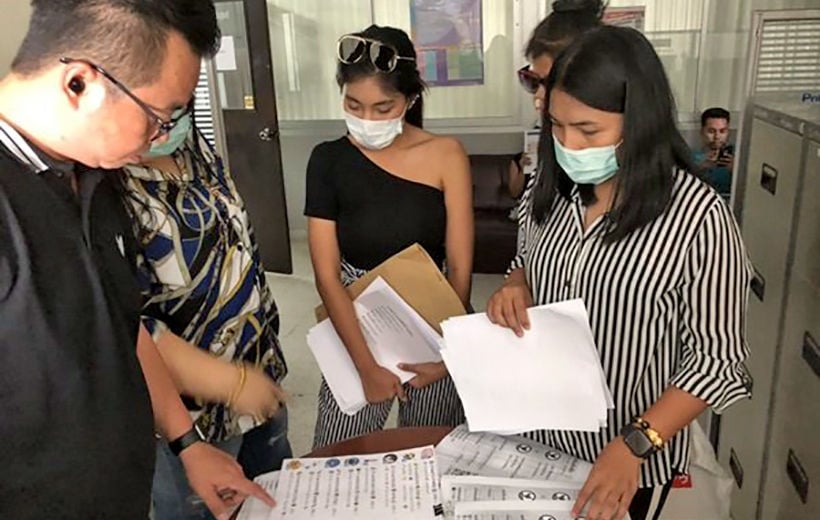 200 Thai wives of foreigners have reportedly lost up to 120 million baht in a Ponze Scheme on Koh Samui.

A group of 20 affected victims were represented by ‘Praew’ who reported to the Bophut Police Station to register a formal complaint. Bophut Police are trying to interview 30 victims each day since the complaint was registered on the weekend.

Local police chief Pol Col Thongchana Hankittikanjana says that Praew told them that the scheme started among friends, initiated by a woman identified only as ‘Bew’ who owned a gift shop in a department store on Samui.

Manager Online reports that the Thai wives of foreigners living on Koh Samui were among 200 people who had lost 120 million baht in the Ponzi or pyramid share scheme. Other wives of foreigners on the island were invited to invest in an online scheme called “Share Ban Bew Gift Shop” with contributions of 10,000-50,000 baht. Promises were made for ‘substantial returns’ on their investment.

Some of the investors actually received a 30% return on their initial investments but after a few payments, as often happens in these schemes, ‘Bew’ disappeared with a reported 120 million baht.

Praew explained that the victims were mostly wives of foreigners, public servants, hotel staff and other department store staff, according to Manager Online.