Coronavirus Monitor: Japan's New Cases Had No Link To China 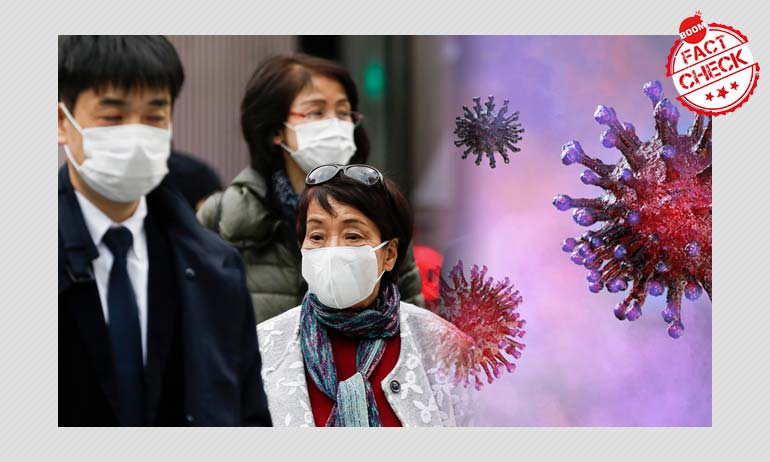 China's sudden removal of 108 Reported deaths from their tally claiming a statistical fallacy, caused confusion in the total global statistics.

How to Leverage Entrepreneurship and …
Cat Coronavirus Diary – Day 19

On February 13, China reported 116 number of deaths taking the Chinese tally to 1,483. Then on the same day, China's National Health Commission removed 108 names from those reported dead in the Hubei province, claiming they had been double counted, as reported by AFP.

In the midst of this, Japan, Hong Kong, and Philippines reported one death each taking the total number of reported deaths to 1,384.

In a recent development, Japan recorded new cases in patients with no travel history or any reported interaction with people travelling from China. Officials in Japan are currently conducting research to understand how the virus and the disease originated in these patients.

Here are the latest updates with regards to the virus:

The virus has so far claimed 1384 lives, 1381 from mainland China, and one each from Hong Kong, Japan, and Philippines.

The total number of confirmed cases for the Coronavirus have risen to more than 64,400 spread across 27 countries.

Over 7,007 people have recovered, according to a real time data monitor by John Hopkins University. The recovered cases have been kept under observation and are treated with a variety of medicines by various doctors.

Studies on the virus

The WHO has stated that the 14,000 cases registered on February 12,2020 were not only a one day increase see and that they are working with China to see how many days and weeks and how those numbers spread across those days and weeks.

The sudden rise in the cases in China was due to the change in the way Wuhan is defining COVID-19 positive cases. Wuhan is now referring to CT scans and not only genetic samples as they were so far doing. The rest of China is recording cases only after laboratory confirmations. The genetic samples only confirmed the presence of the virus when it had fully developled. Now, the officials are also tesrting anybody with visible symptoms.

China has stated that over 1,700 health workers have been infected by the virus and six of them have died.

Japan has designated 140 million dollars to combat Coronavirus after the country recorded its first Coronavirus death on February 14, 2020.

According to reports, The Tokyo Olympics will be executed as scheduled even as new COVID-19 cases are reported

The Diamond Princess, a cruise liner which reported 219 confirmed COVID-19 and is parked off at Tokyo,  is disembarking passengers who have tested negative and those who are older than 80 or those confined to windowless inner cabins, giving them accomodation on land.

A second cruise ship Westerdam which had left Hong Kong on February 1 was allowed permission to park in Cambodia, after five countries denied it entry. All the passengers onboard have tested negative and will be allowed to disembark the cruise at Cambodia.

The Diamond Princess in Tokyo reported that a third person of Indian origin tested positive for the COVID-19. The Ministry of Health and Family Welfare said that all the three positive cases are stable and improving.

Misinformation around Coronavirus is on a daily rise. Videos with misleading narratives suggesting that the Chinese policemen are seen shooting dead patients are doing the rounds on social media.

BOOM has been actively debunking misinformation surrounding the virus.

#Thread🚨: Since the outbreak of #CoronaVirus, we have debunked #FakeNews around the novel Coronavirus. A WhatsApp forward is viral falsely claiming @MoHFW_INDIA has issued an emergency notification. (1/n) #CoronaVirusFacts @WHO https://t.co/0lbBu7FIfO

Coronavirus Monitor: Japan's New Cases Had No Link To China