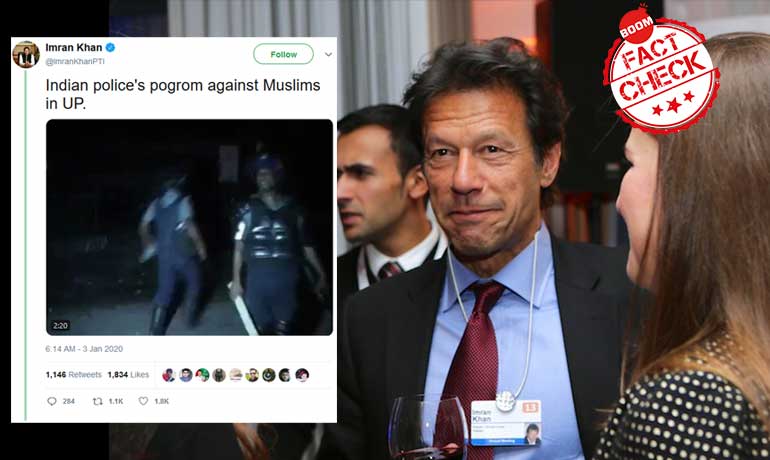 Pakistan Prime Minister Imran Khan tweeted out a set of three videos on Friday, claiming them to be footages of "ethnic cleansing" of Muslims in India. After BOOM and other Social Media users pointed out that that two of the videos were unrelated to his claims, he deleted the entire Twitter thread.

The first video posted by Khan was a footage of a Police raid in Bangladesh. In the disturbing video, police officers in anti-riot gear could be seen rounding up and beating wounded protesters.

This video has been viral on social media for over a day, with false claims of being a footage of Police Crackdown in Assam after the implementation of the National Register of Citizens. BOOM had already fact checked this video before Imran Khan's tweet.

Khan shared the video with this misleading caption: "Indian police's pogrom against Muslims in UP." 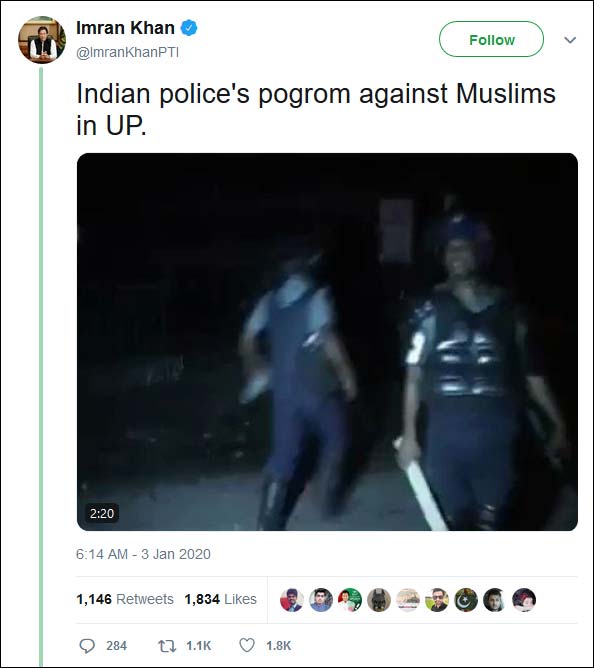 Screenshot of the first clip. (Click here for archived version)

He also added two more videos in the thread - both showing scenes of police brutality on protesters - with the caption: "Indian Police attacking Muslims as part of Modi Govt's ethnic cleansing."

The second clip turned out to be an unverified clip, which had gone viral in the wake of the recent protests and police crackdown in UP. BOOM has not yet been able to independently authenticate the origins of the video. 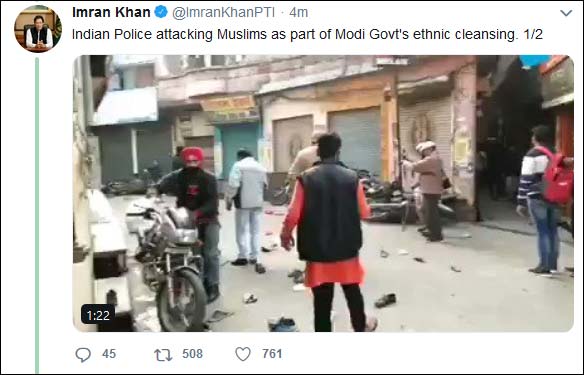 Screenshot of the second clip. (Click here for archived version)

The third clip also showed police round up and lathicharge on protesters. 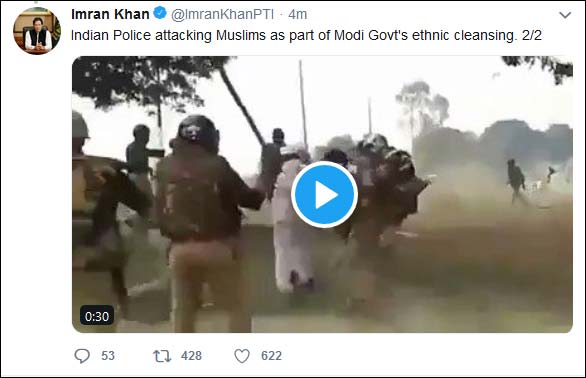 Screenshot of the third clip. (Click here for archived version)

A reverse image search of keyframes led us to an older video on YouTube from November 16, 2019 - weeks before the series of protests against the CAA and ensuing police brutality started. The caption in the video claims that it shows cops lathicharge on agitating farmers in Unnao, without any mention of their religion.

With 10 million followers, Khan's tweet started to go viral instantly. Soon, many users and fact checkers, including BOOM, responded to the thread with a previously done fact check of the first video of the Bangladesh police raid.

False. This video is from Bangladesh shot in May 2013 and is in no way related to India. #FakeNews https://t.co/iWrC70Wkf9 https://t.co/68dV6izDaw

UP police also jumped in on the conversation and tweeted to Khan, explaining to him that the video shows an old and unrelated event.

This is not from U.P, but from a May,2013 incident in Dhaka,Bangladesh.The RAB(Rapid Action Battalion) written on the vests at 0:21s, 1:27s or the Bengali spoken, or these links would help you be better informed.
1. https://t.co/Rp3kcKHz2K
2.https://t.co/[email protected] https://t.co/4krjmD38PK

Upon observing the comments with fact checks, Khan deleted the entire Twitter thread.