Weather bomb, bombogenesis. Whatever you call it, it’s big, powerful and has impacted tens of thousands of people.

It’s probably not surprising that we have a Canadian to thank for the popularization of the term that has struck fear into the hearts of those living along the East Coast of the U.S. and Canada this week: weather bomb.

In 1980, McGill University professor John Gyakum co-authored a paper entitled “Synoptic-Dynamic Climatology of the ‘Bomb’,” with Frederick Sanders from MIT.

In it, the pair discussed a rapidly intensifying low-pressure storm that specifically was fed by warm water currents moving northward from the southern latitudes and meeting a much colder air mass. This in turn produces hurricane-force winds and excessive amounts of precipitation, Gyakum told CBC News.

But while Gyakum certainly helped bring the term “weather bomb” to the forefront of public consciousness, he notes that the term was around much earlier than 1980. 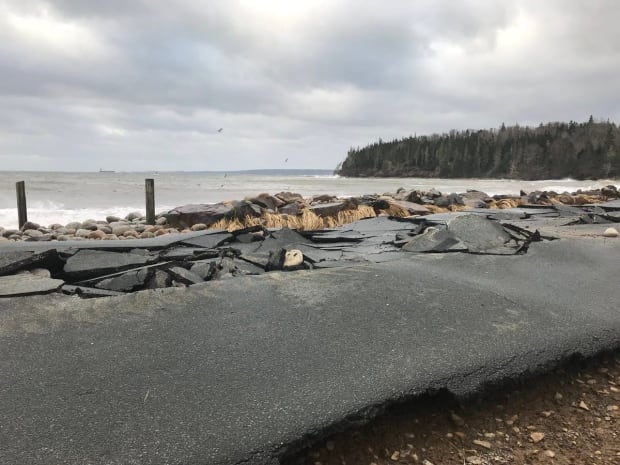 The road at Queensland Beach outside of Halifax was destroyed in Thursday’s pounding surf. It isn’t the first time this road has been destroyed in a powerful Atlantic storm. (Colleen Jones/CBC)

“It was an informal term used in the hallways of MIT for years before the paper got published,” Gyakum told CBC News.

Now, with social media bringing weather to everyone instantaneously — pictures of downed power lines, cars covered in snow, people battling against the wind — terms like “polar vortex” or “weather bombs,” which have been around for decades, spread like wildfire. But is it accurate?

“As long as it brings attention to the impacts that these systems can produce, I think it’s good. It’s a fine term to use,” Gyakum said. “Because it’s efficient and it describes adequately a weather phenomenon that is greatly important not only to researchers, but to stakeholders, in particular stakeholders who live along the coast.”

Gyakum, who teaches at McGill’s department of atmospheric and oceanic sciences and still continues to research said that, because these types of storms rarely affect land, they often fall from people’s consciousness. So when one does hit hard, people are in awe of how powerful they are.

While these types of systems are dangerous and a disruption to our lives, Gyakum notes that these “bombs” are just doing their job.

“Cyclones have an essential function in the atmosphere,” he said. “And that’s to transport heat and moisture northward in the Northern Hemisphere … If we didn’t have cyclones, there would be just heat that would continually build up in lower latitudes, and higher latitude regions would just cool down. But these cyclones act to ameliorate and balance that difference…. It’s just that bombs do it very efficiently and quickly.” 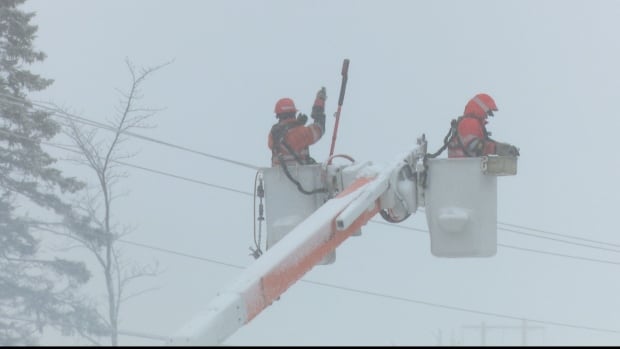 It’s still unknown what role climate change will play in the production of these weather bombs. Will they be more frequent, more intense? Just be happy that we’re not seeing a “cluster bomb,” a succession of these destructive storms.

Reflecting back to when the term weather bomb was first put out there, Gyakum noted that not everyone was happy.

“When Fred Sanders and I introduced that term in the early 1980s, the Europeans actually complained that ‘bomb’ was kind of an offensive term. You know, it makes you think of war,” he said. “So Fred Sanders’s response was, ‘So why are you using the term ‘front’?”