The Calgary-based telecommunications giant said in a statement that Shaw passed away after a brief illness.

‘As a family, our hearts are heavy with sadness.’
— Brad Shaw, CEO

“As a family, our hearts are heavy with sadness,” he said in the statement.

“I have not only lost a brother, but a great friend and mentor. Our lives will not be as complete without hearing Jim’s laughter or getting the benefit of his counsel or his insight.”

The company was founded by Shaw’s father JR in 1966. Now 83, he is still the company’s executive chairman.

Jim joined the company in 1982 — after dropping out of the University of Calgary and trying his hand at a series of business ventures — as a cable installer, doing front-line customer service. 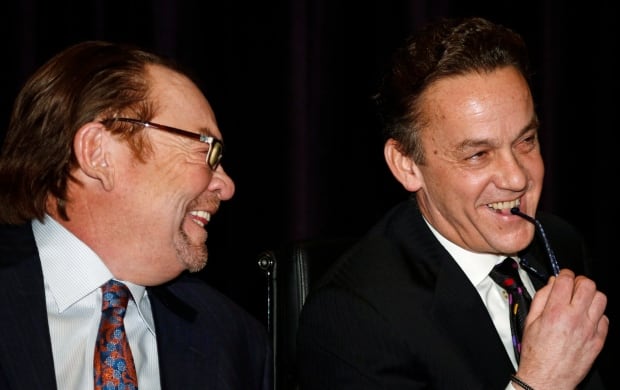 During his time with the company, he was involved in launching its foray into the internet, digital cable and its purchase of 11 radio stations and seven TV channels from Rogers.

He stepped down after reportedly displaying belligerent behaviour toward investors.

The company’s then-president, Peter Bissonnette, told CBC News at the time that Shaw was always known to be “a little feisty.”

He was also known for supporting Canadian charities and educational organisations, donating $19 million to Shawnigan Lake School in 2014.

Outside of Shaw, he also participated in a number of organizations in the cable industry, serving as chair of the Canadian Cable Television Association from 1996 to 2002, and sitting on the boards of CableLabs, Microcell, Cancom and @Home.

His brother said his contributions helped make the company what it is today.

“As an operator, a deal maker and a strategist, Jim continued building the foundation started by our father, JR, to create a Canadian business leader and household brand across Western Canada,” he said.

Employees of Shaw and its affiliates, former business contacts and friends shared their condolences with the family on social media.

Jim Shaw was a pioneer in business who changed the telecommunications landscape. He was a philanthropist who made an enormous difference in his community.

A very sad night here at Corus and for our friends at @ShawInfo with word that former Shaw CEO Jim Shaw has passed away. Deepest condolences to JR, Carol, Brad, Heather and Julie – and especially to Jim’s wife Kathyrn and five children.

A great Canadian who, together with a great family, did much to make Canada great as well. Very kind to me on the one occasion that we met. Jim Shaw, RIP. https://t.co/Hj88NBSRYR

Edward Rogers, chair of Canadian telecom Rogers Communications, shared his sympathies with the Shaw family in a release.

“We have known Jim for many years and we are truly saddened to hear about his passing. We would like to extend our sincere condolences to Jim’s family, friends and to everyone at Shaw. Jim was a brilliant man and a fierce competitor. He was a confident entrepreneur who had a transformative and lasting impact on the Canadian cable landscape. He will surely be missed,” Rogers wrote.