Love it or hate it, bitcoin represents a market out of control: Don Pittis – Business

In many ways, Bitcoin is a microcosm of a pure free market.

Whether you think that’s a good thing or not depends on your own political values. Either way, the bitcoin phenomenon acts as a case study of what some celebrate as the benefits of markets without controls.

The longer the digital currency survives, the less free its market is likely to become. The fact is even the most neo-liberal governments really don’t like truly free markets.

As the new year dawned, South Korea — a major nexus of the bitcoin trading frenzy — announced it plans to crack down and end anonymous trading, adding another zig in zig-zagging prices.

The European Union and Britain have announced measures of their own to put controls on virtual currencies, including forcing online traders to know who is doing the trading and whether the money is from a traceable, legitimate source. Russia has said something similar.

Beijing has banned trading outright, which, as the South China Morning Post reported last month, may have saved bitcoin markets from even wilder gyrations than we have already seen.

“If things were still the way they were at the beginning of [2017], over 80 per cent of the world’s bitcoin trading and [initial coin offering] financing would take place in China — what would things look like today?” said Pan Gongsheng, head of China’s State Administration of Foreign Exchange. 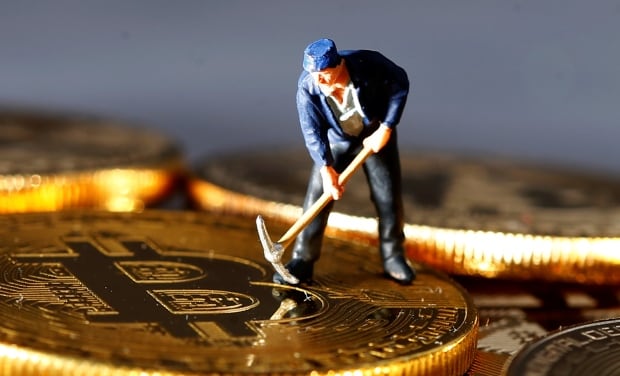 A small toy figure is meant to represent bitcoin mining, a computing process that, worldwide, uses as much energy as a small country. (Dado Ruvic/Reuters)

Scary is not how some free market advocates would describe it.

After all, bitcoin was founded on libertarian principles — the dislike of government involvement in our daily lives, the so-called “nanny state.”

Keeping the NSA out

The libertarian view, with a strong following in the tech community, is not single-minded, but it has often come down in favour of things like encrypted messaging, with the goal of stopping groups like the U.S. National Security Agency from reading your email.

In its harshest rendering, those strong free market principals oppose taxation as a form of theft and see the ideal world through a lens of social Darwinism where people should “eat what they kill” and devil take the hindmost.

Digital currencies are a celebration of those principles.

By design, bitcoin keeps your wealth strictly between you and the global blockchain that keeps an encrypted record of every valid currency unit.

A country’s revenue agency has no way of knowing how much bitcoin a person earns or spends. For countries with capital controls, money denominated in bitcoin flies through the electronic ether without reporting where it started or where it ends.

From a pure free market analysis, bitcoin may be the ideal currency. Rather than basing decisions on government tax laws and other rules that might seem like arbitrary red tape, a person using bitcoin could choose to consider only what’s most profitable.

But, of course, not everyone agrees that those kind of pure free markets are an unmitigated blessing.

In the case of the EU and the U.K., authorities view anonymity as an opening for crime like money laundering and terrorism, the same kind of justification governments have used for demanding keys to encrypted documents.

As I reported last year, one academic study showed Google searches that combined bitcoin and libertarian terms were negligible while searches combining bitcoin and terms for criminal activity were widespread.

According to Canadian tax law, people who earn money in bitcoin are required to report the value of that income. As bitcoins rise in value, Canadians are supposed to report those increases as capital gains in their taxes when they sell.

But if those currency units are anonymous, they are hard for the Canada Revenue Agency to track, meaning dishonest bitcoin owners and traders will be tempted to avoid taxes. Honest bitcoin traders and the rest of us will have to pay more for the roads and streetlights that keep our economy functioning. 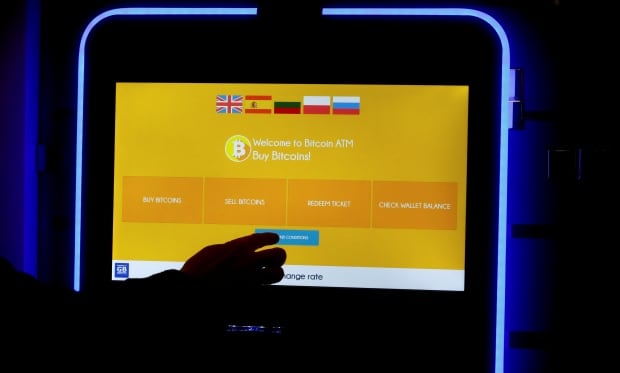 Another feature of truly free markets is their volatility. Even the world’s freest securities markets are regulated. Among other provisions, most have what are called circuit breakers to limit sudden perilous changes in prices, allowing cooler heads to prevail before a damaging crash.

Even though currencies are for the most part freely traded, central banks have used various techniques to bring stability to those markets. Their interventions, intended to keep money stable enough to be a useful tool for domestic and international trade — but also used to stimulate the economy by keeping money cheap — have been a target of scorn from digital currency advocates who dismiss dollars, euros and yen as “fiat currency.”

But, of course, without regulation, new issues of digital currencies have been subject to hacks and frauds and trading irregularities. Trading in bitcoin has been so wild it’s virtually impossible to use for its intended purpose: buying and selling goods and services.

Instead, traded and mined as a speculation, mostly by men, bitcoins have become a way of making money from nothing, profiting their owners without providing social benefit. As CBC Radio’s The Current reported yesterday, the currency, which requires massive amounts of computing power to mine, is sucking up the energy of a country the size of Ireland — some of that energy from coal — and in the manner of truly free markets, the social costs are ignored in favour of private benefit.

Even in the long term, it is hard to see how governments can ever come to terms with a free market currency like bitcoin that robs them of so much power.

But for those who believe free markets really are the solution to creating a sound and stable economy, there is a first test bitcoin and its ilk must pass to show libertarians are right. To prove their superiority over government-sponsored money, the unregulated digital currency markets must end their wild swings and bitcoin must reach a stable equilibrium price.

The post Love it or hate it, bitcoin represents a market out of control: Don Pittis – Business appeared first on JuiceeNews.

Love it or hate it, bitcoin represents a market out of control: Don Pittis – Business