Global trade is weakening regardless of trade war

Since the United States introduced tariffs on China, there have been various claims on the future of global trade. Some experts point out that global trade will continue to decline, whether or not trade wars break out.

Burrow Has The Perfect Pillow For Eve…
Most Beautiful Mountain Lakes in Swit…
Into the valleys: an off-road cycle r…
Why Milan is the City to Visit in 202…
20 Best Family Games To Play On A Roa…
Some important global trade indicators are suddenly pointing downward. Chinese data for April may have looked fine, with exports up 3.7% on the year in yuan terms after falling 9.8% in March. Still, that rebound was likely thanks to the late Lunar New Year holiday in 2018: In seasonally adjusted terms, export volumes fell 2% on the month, Capital Economics estimates—the worst decline in nine months. Exports from Korea, another Asian trade bellwether, declined in April—the first drop since October 2016. 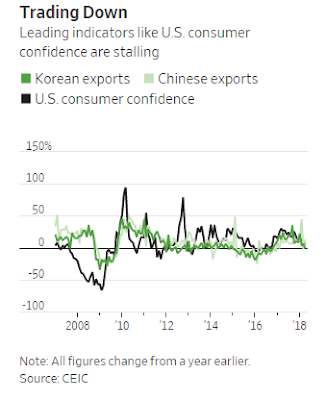 The droopy numbers have come in just as key Industrial commodities are already coming under pressure. Copper prices are off over 6% this year, weighing on the share prices of miners like Freeport-McMoRan and Glencore. Dr. Copper’s weakness is a sobering sign for China and Asia in general: The region sucks up 70% of global demand for the metal.
Key manufacturing purchasing managers’ indexes have also started stuttering: U.S., eurozone, Chinese, Japanese and South Korean PMIs all appear to have peaked between December and February, although all—apart from Korea—are still expanding.
Slower global trade—particularly when paired with higher oil prices and rebounding inflation—bodes ill for industrial firms such as Caterpillar, Deere and Japan’s Komatsu. Caterpillar has already warned that its first quarter results were likely the “high watermark” for the year.
It might, though, help head off worse tensions between the U.S. and China. With the growth rate in Europe, China’s largest export market, suddenly looking much weaker, the cost of a big rift with the U.S. is rising. Chinese companies are also starting to struggle at home: Industrial profits grew just 3% in March, their worst showing since December 2016.
China is unlikely to budge on its determination to create national champions in tech. But it might start offering more meaningful concessions on tariffs, restricted sectors for investment, and other trade irritants if foreign demand for its goods wavers. 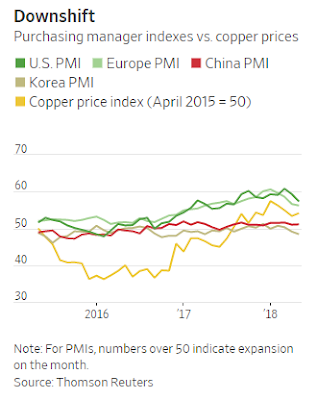 Given the extreme negotiating positions both sides have staked out, U.S. trade tensions with China may get worse in the near-term. But the gathering clouds over the global growth story might eventually help encourage cooler heads to prevail.
Popular services in global trade:
Do you need financial service ($100,000) in global trade?
Why not check your partner’s credit score before doing business?
factory inspection/loading monitor/trade assurance
Follow us:
You can also contact eGTCP.com directly via mail ([email protected]) or phone (+86 400-159-8448).

This post first appeared on The Key To Keep Your Business Strong As China Devalues Yuan, please read the originial post: here
People also like
Burrow Has The Perfect Pillow For Every Person In Your House
Most Beautiful Mountain Lakes in Switzerland You Can Easily Reach
Into the valleys: an off-road cycle ride through south Wales
Why Milan is the City to Visit in 2021
20 Best Family Games To Play On A Road Trip
Why Bitcoin Crashed – Is it Safe to Invest In Bitcoin In 2021?
Single Premiere ‘Back To Chicago’ Lauren Anderson Feat. Mike Zito
How Does the Fortinet Firewall Work?

Global trade is weakening regardless of trade war