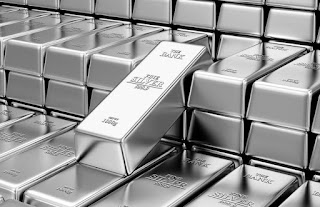 Silver prices dropped paring all of its gains despite a weaker dollar, as trade tensions between the U.S. and China lingered.

China’s central bank raised its daily guidance rate for the yuan by the most in nearly 15 months on Tuesday, sparking a demand for dollars.

The dollar’s run slowed after President Trump criticized the U.S. Fed for raising interest rates at a time when the government was trying to stimulate the economy.

Connect with our social media sites