What is hidden in $900 billion COVID-19 relief deal? Hint: changes to IP law 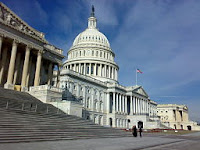 Yesterday the U.S. Congress passed the long awaited COVID relief bill.  Besides COVID relief for people in the U.S., it contained other things. USA Today reported:

The roughly $900 billion measure was attached to a $1.4 trillion spending Bill to fund the federal government through Sept. 30, 2021 (the end of the fiscal year) to form a nearly 5,600 page-bill that is one of the largest pieces of legislation Congress has ever tackled. It also includes bipartisan provisions like the end of surprise medical billing and legislation creating Smithsonian museums for women and Latinos.

Market gapped down on Covid fear, new…
It’s Me – Chapter 4
10 Home Maintenance Tasks and Items T…
Wynonna Earp resumen de episodio 4×04…
What it Feels Like to Not Get the Job

Okay...so clearly more than just Covid Relief. What else? Fight for the Future reported:

Fight for the Future has learned that three controversial changes to copyright law: the CASE Act, Felony Streaming Act, and Trademark Modernization Act are in fact included in the must-pass omnibus spending bill lawmakers will vote on later today (bill text here). Protocol first reported on the potential inclusion of these provisions in the package earlier this month. The CASE Act would threaten ordinary Internet users with up to $30,000 in fines for engaging in everyday activity such as downloading an image and re-uploading it.

Most controversially, the CASE Act would create a quasi-judicial tribunal of “Copyright Claims Officers” who would work to resolve infringement claims. As outlined in the bill, copyright holders could be awarded up to $30,000 if they find their creative work being shared online.

The Trademark Modernization Act would allow third parties to request the Patent Office to reject trademark applications in an effort to combat “trademark trolls” who make money off of trademarks they never planned to use.

As for the Felony Streaming Act, TV Technology wrote:

Under Tillis’ bill, any person that pirates video streams of copyrighted work will have committed a felony act and be subject to either fines or imprisonment. The previous penalty for pirating streaming content was a misdemeanor.

The bill targets large-scale, criminal, for-profit streaming services, not good faith business disputes or noncommercial activities. Nor does it target individuals who access the pirated streams, knowingly or unknowingly.

So there is much for us to pay attention to in this bill that has been passed. Sadly, everything in it was not debated and I doubt that those who voted on it had read and considered every word. The New York Times reported:

The legislative text is likely to be one of the longest ever, and it became available only a few hours before both chambers approved the bill.

We will now need to figure out what this means to use and our organizations, and likely how to work towards modifications to these changes. Please watch social media and a variety of news sources for information, as people read the bill and reflect on its impact.

By the way, if you wonder how all of this stuff - and more - got into this bill, consider that every Representative and Senator saw this important measure as a way of getting what they wanted to have passed before this session ended. People were unlikely to vote against bill if it contained, for example, something related to Internet streaming. And if putting that stuff in meant that the bill received more votes, then they saw that as being good.

Yes, there are people who voted for this bill that I wish had voted against it. I also wish they had just passed COVID Relief earlier, so it could have been of more help to those who needed it. I also wish it had contained relief for counties and municipalities that have seen their budgets be severely impacted. I hope that more COVID relief - and not bundled with anything else - will be coming in 2021!

What is hidden in $900 billion COVID-19 relief deal? Hint: changes to IP law