6 Reasons Mobile Apps Fail and How to Avoid It There are more than 8 million mobile Apps on the planet today. It’s no question that app stores are quickly becoming saturated with apps that nobody is using. At the same time, thousands of quality, useful and successful apps get listed each day.

How to prepare mango leaves for diabe…
Seven Reasons Why Fast Hosting Server…
Vodacom buys 55% stake in Vodafone Eg…
Afghanistan’s Pivot to Crypto: Will I…

The question is: what does it take to find yourself on either end of the spectrum? What makes an app successful? In today’s article, we’ll look at 6 Reasons Mobile Apps fall and how to keep them from happening to your app. 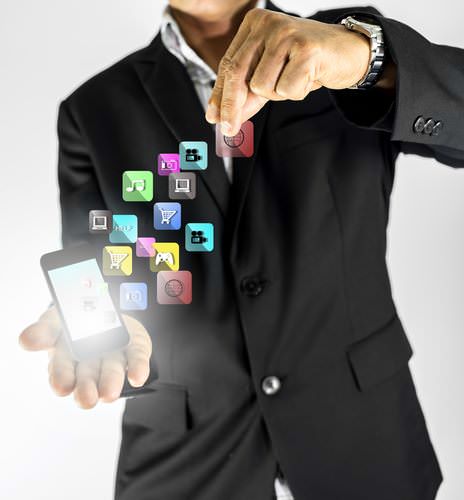 The decision to build an app should be backed by lots of market research. Figure out a niche and develop an app that will fill it. This exponentially increases your app’s chances of success.

Many business owners who fail to do enough research end up with apps with hardly any market need and appeal. It’s important to understand who you’re making your app for lest you develop an app that doesn’t cater to people’s needs.

Failing to pay attention to your competition

If you plan on monetizing your app and using it to grow your business, you will need to pay close attention to your competition. As we’ve mentioned, there are millions of apps on app stores, many of which serve the same market.

For you to amass lifetime users, you will need to consistently deliver a better user experience than your competitors. Pay attention to their updates, features and even on-app offers to ensure they don’t get an edge over you. Ignoring your competition is a sure way to make your app, and even business, fail.

Failing to develop a responsive app

When building an app, it’s crucial to come up with a design that works fluidly across all devices. This is because many users typically own a variety of mobile devices. It would, therefore, be very frustrating to have an app that works on their phone but is glitchy on a tablet.

You will also need to develop an app that serves both your iOS and Android users. Instead of building an app for each OS, it’s possible to design one app that works seamlessly on both operating systems. This will not only save you money but also ensure that your app is accessible to everyone. Many businesses that fail to account for this when developing apps tend to meet challenges, and often failure, along the way.

Although there is no ‘wrong’ development language, some are better suited to develop certain apps more than they are others.

For example, if you’re building an Android app, Java would be a great language to use. It is the best known language, and is used by developers all over the world. Python is another excellent language worth considering when building an app. You can learn more about its basics including python files, strings and comments to get started.

Before enlisting your app on mobile app stores, you will need to conduct a beta test to let would-be users to try your app out before its official launch. This will allow you to take in their feedback and fix all the issues before the app is available for mass download.

Many apps fail due to poor user experience caused by bugs, lags, crashes and delays. If your app crashes even once, you’re likely to lose users. This is why it’s important to subject your app to adequate and extensive testing.

Failing to market your app

The strategy you employ when launching your app will determine how successful it becomes. Simply listing your app and hoping your target audience sees it doesn’t count as a launch strategy. It’s crucial to market and promote your app adequately.

This is why conducting market research is so necessary. Once you’ve figured out who your app is for, it will be easier to come up with a marketing strategy for it.

Explain what your app is about and the value it will add to their lives. Failing to adequately promote your app will almost always result in failure.

Having an app has helped numerous businesses grow to new heights. A well-developed app connects you to your customers, provides access to their data, and makes it easier to communicate with them. It also provides the opportunity to monetize and make money by advertising other brands.

If you’re looking to develop an app for your business in 2022, it would be a good idea to start planning now. Do your research and find out who the app will serve. This way, when it’s time to start coding, you and your team can hit the ground running!

The post 6 Reasons Mobile Apps Fail and How to Avoid It appeared first on .

6 Reasons Mobile Apps Fail and How to Avoid It