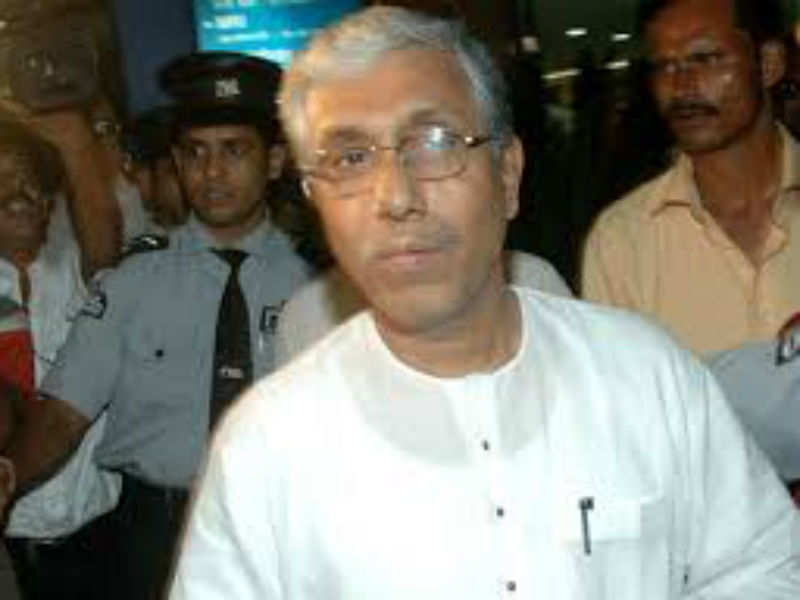 AGARTALA: Four-term Tripura chief minister Manik Sarkar, who is known for his spartan lifestyle, is toiling hard from morning till night to guard one of the last standing Left citadels from BJP which is posing a formidable challenge to the Communists in this year’s assembly polls.
While BJP is bringing in a galaxy of leaders to the state for swaying the voters, Sarkar is attending rallies one after another to counter the saffron wave. On his 27th consecutive day of poll campaigning on Sunday, he attended three rallies in West Tripura.
Countering Rajnath’s allegations, Sarkar said Tripura’s performance has been appreciated by the central government three months ago. “But when the election draws near, central ministers start misguiding voters for their narrow political interests. Rajnath criticised us for crime against women and poor conviction rate. But the National Crime Records Bureau report did not register Tripura at the top of women-related crimes. It doesn’t mean that atrocities are not happening here but it is lower than many states,” he added.
He said, “Bringing allegation against anybody is easy but reviewing one’s own performance is tough. It is no different in the case of PM, home minister or other central ministers. They must tell people why flow of funds to Tripura was cut down in the last two years.”
He added, “BJP leaders are like Siberian birds in Tripura. They don’t know what Tripura was 40 years ago. Tripura had begun its journey with empty coffers. If we look at the development today, it is quite noteworthy. But we are still behind other states.” He added that Tripura could have done better if the Centre had extended equal support to the states.
Seeking votes for the Left Front, he said while BJP is persuading a communal agenda at the national level, its ally, IPFT, is doing the same at state level. “The BJP-IPFT alliance is dangerous as none of them have clear idea how Tripura has transformed. Tripura was known for only wrong things 15 years ago. But the Left has introduced a new Tripura,” he added. Unlike Sarkar, the star campaigner of the Left Front are confined to their own constituencies to counter the growth of BJP.
Source : timesofindia

Ks Lash Beauty
How to prepare mango leaves for diabe…
Martha Millan Interview: Fiona’s secr…
The backlash to a Matt Damon ad is ju…
Shen Men Piercing: Does it work for A…


This post first appeared on Daily Kiran, please read the originial post: here
People also like
Ks Lash Beauty
How to prepare mango leaves for diabetes
Martha Millan Interview: Fiona’s secret on The Cleaning Lady
The backlash to a Matt Damon ad is just the latest reminder: lots and lots of…
Shen Men Piercing: Does it work for Anxiety and Depression?
What to wear: outfit ideas for Christmas & summer
Online Massage Therapy Courses, are you ready to start today?
Karen Wiesner: I Have Dreamed a Little Dream (Authors and Dream Inspiration), Part 2