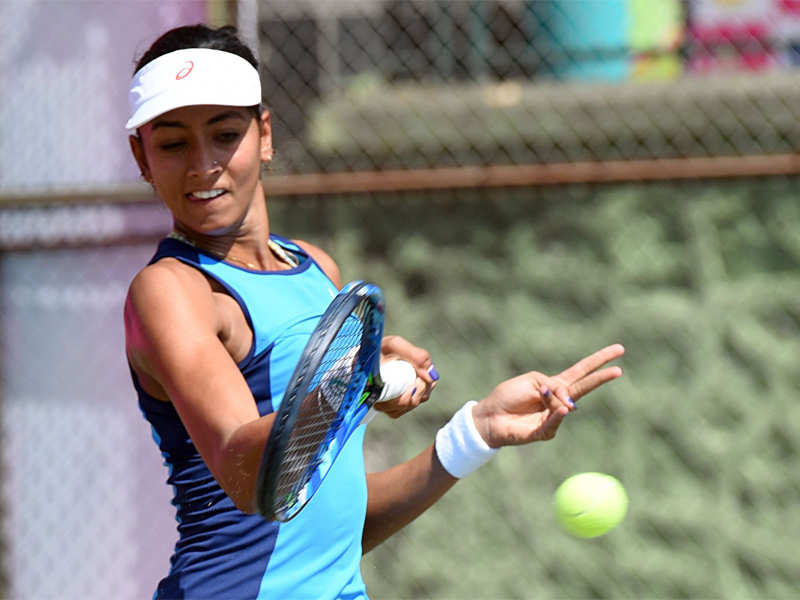 NEW DELHI: It took three days of toil and hard work and India finally got on a win in the Fed Cup Asia Oceania Group 1 playoff matches. The first two days were stories of missed opportunities, where India levelled the ties against China and Kazakhstan respectively only to falter in the crucial doubles rubber.

On Friday, staring at the possibility of finishing at the bottom of Pool A, the Indian girls finished the tie against Hong Kong in the first two singles matches itself. They then went on to win 3-0 at the RK Khanna tennis stadium.

True to form, India’s No. 1 singles player Ankita Raina made it three out of three wins in this Fed Cup tie but there was finally some cheer for young Karman Kaur Thandi, who posted her first singles win of the Fed Cup on her third attempt.

Karman, who had played the first singles on all three days, once again struggled with her inconsistency — both with the serve and the groundstrokes — but managed to overcome Eudice Chong, ranked a lowly number 761, with a 6-3, 6-4 margin in an hour and 24 minutes. “Playing a Fed Cup tie at home is a good feeling, you have the support of the crowd, family and friends behind you. There is obviously some pressure at home as well but you have to deal with that and have to overcome those situations,” the 19-year-old said after snapping a four-match losing streak in Fed Cup.

There were a spate of unforced errors in the first set from Karman, who struggled to hold her serve against Chong but her opponent’s lack of class helped the Indian overcome the difficulties. Chong managed to break Karman’s serve twice in the first set as the Indian got just 54 per cent first serves in. There was only slight improvement in the second but it was enough for Karman to get through.

Her team-mate Ankita didn’t put a foot wrong against Ling Zhang securing a 6-3, 6-2 win in an hour and 29 minutes.

Zhang, who had stunned China’s top player Lin Zhu on Thursday, failed to replicate her form against Ankita on the day. The Indian, ranked 253 on the WTA circuit, has been playing the singles as well as the doubles rubber over the last two days but didn’t show any signs of slowing down against Hong Kong. The fiery determination to prove a point to herself and her team was very much on show on Friday as well.
The key once again was Ankita’s solid serve — 75 per cent first serves throughout the match — although she only managed to convert three of 13 break point opportunities. The match could have been even more of a stroll for Ankita if she had managed to convert one of the nine break points she got in the fifth game of the second set. The 331-ranked Hong Kong player refused to budge but there was no stopping Ankita on Zhang’s next service as she grabbed the opportunity to break at the very first opportunity.
In the inconsequential doubles clash, Ankita was rested by team captain Ankita Bhambri, as Prarthana Thombare and Pranjala Yadlapalli defeated Kwan Yau Ng and Ching Hu Wu 6-2, 6-4 to complete the rout. India will play Chinese Taipei, the fourth-placed team in Pool B, in the relegation playoff. The winner will remain in Group I and the loser will be relegated to Group II.
Other results: Japan bt Chinese Taipei 3-0: Miyu Kato (Japan) bt Ching-Wen Hsu (Chinese Taipei) 6-2, 6-1; Nao Hibino (Japan) bt Chieh-Yu Hsu (Chinese Taipei) 7-6 (8), 6-4; Miyu Kato & Makoto Ninomiya (Japan) bt Ching-Wen Hsu & Ya-Hsuan Lee (Chinese Taipei) 6-2, 7-6 (1) Source : timesofindia