Rajasthan bypoll verdict not only anti-Raje, but anti-BJP too, says Sachin Pilot 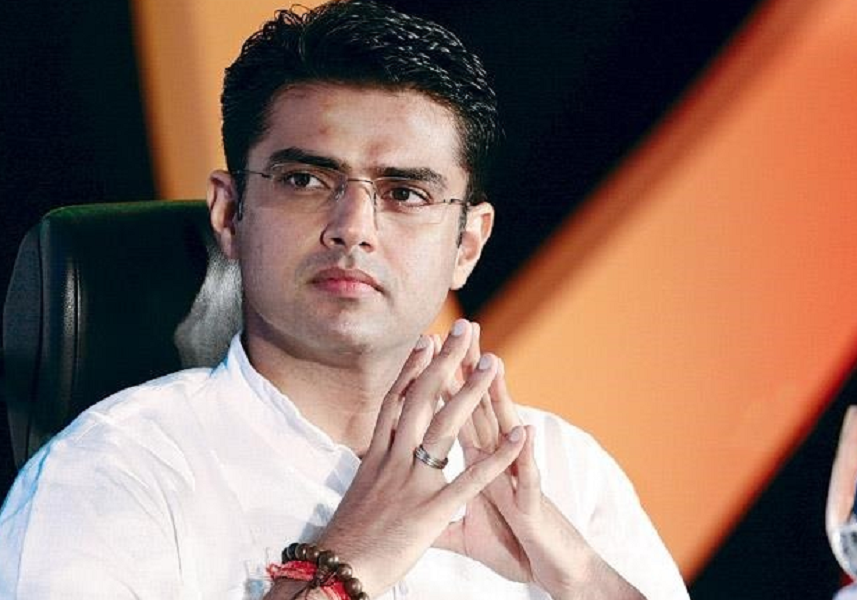 With everything going in the party’s favour in the bypolls, Rajasthan Pradesh Congress Committee president Sachin Pilot is all smiles. In a candid chat with TOI’s Palak Nandi, Pilot says Congress’s performance was not based on a two-week campaign plan and that his party’s fight is not against any leader but against the BJP
Q. There are a lot of theories about the recent bypolls. While some see it as BJP’s loss, to some it is Congress’s victory. Your take?

It is an anti-BJP verdict. There was a lot of turbulence against the ruling party in the state but there was also a strong undercurrent in favour of the Congress. We have won comprehensively, on every single segment. So while there is a lot of anger towards the state government, people are also looking at Congress with a lot of hope and faith. That is an achievement which could not have been achieved on a mere two-week campaign. It is because of the sustained efforts of the Congress over the years, which made it possible for us to endure ourselves towards the people of the state.

Q. Did you see it as a fight against CM Vasundhara Raje and PM Narendra Modi?

Our fight is definitely against the BJP. We fought over the distress of farmers, corruption, bad economy and so forth. I was myself surprised when the BJP named Narendra Modi and Amit Shah as its star campaigners, particularly when it is unconventional for a PM to campaign in byelections. Wonder why they felt the need? The fight was, of course, at both levels. We fought in Rajasthan but two Lok Sabha polls were part of the contest and MPs represent their constituencies in the Parliament, so it of course, also affects the central leadership.

Q. What helped Congress get the edge it wanted over the BJP?

Corruption, nepotism and over-centralisation of power in the state. People here have now realised that no MLA, MP or even a minister holds any power. It is the CM all the way. Moreover, the state government is a victim of false propaganda. It has absolutely no idea about the real needs of the people in the state and is completely cut off from the ground realities. Rajasthan is primarily an agrarian economy and yet, the state of farmers here screams for immediate attention. With no way out, the BJP tried its best to polarize the state and that was a step taken in desperation.

Q. You are talking about CM’s caste- based meetings?

Yes, never before in the history of Rajasthan did any CM hold caste-based meetings, like CM Vasundhara Raje has been doing. It is absolutely unheard of and is an obvious sign of desperation. Efforts were made to create a deep divide on the basis of caste, religion which also led to some controversial statements from candidates like Jaswant Singh Yadav who had said that a Hindu should vote for him and a Muslim should vote for the Congress. I am glad and thankful to the people of the state for rejecting that move.

Q. What is the way ahead for the Congress from here?

We have the 2018 assembly polls to look forward to and though, the writing on the wall is clear, the Congress is not taking anything for granted. We will be concentrating more on our workers, who are the backbone in the state. We had no big leaders here, it was the workers who helped us win. With our hopes raised high, we will act in a more humble manner, work much harder and face the 2018 polls, which too should go in our favour. I will myself continue with the efforts, with the same zeal and next week will be travelling to Udaipur, Dungarpur, Banswara and other regions of the state.
Q. Isn’t the Congress facing some sharp internal differences as well?
So claim the reports which are planted by the BJP. I would like to make it clear here and I speak on behalf of every Congressman in the state, the party is and will remain united. Each one of us is working on a singular agenda — fight the anti-people policies of the BJP.
Source : timesofindia

Rajasthan bypoll verdict not only anti-Raje, but anti-BJP too, says Sachin Pilot