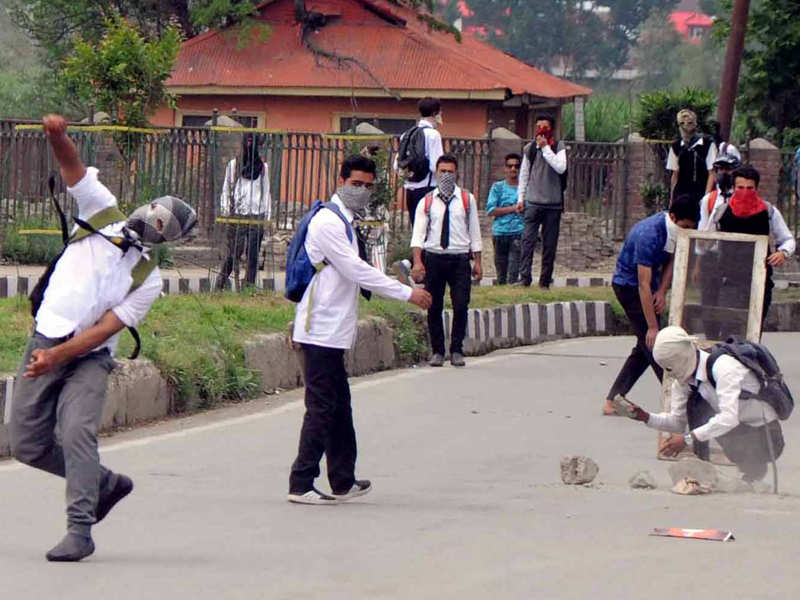 NEW DELHI: Pakistan is offering scholarships to Kashmiri students to prepare a generation which will be inclined towards it and most of the youth on student visa in the neighbouring country were relatives of terrorists, the National Investigation Agency said in its chargesheet in the terror funding case.

An Excellent Spirit Was In Him: An Ov…
Sex Tips for Men: How to Be Better in…
Top 5+ Best Urgrove Alternative Sites…
10 Career Paths Where the Future is T…
Interview with the legendary comic bo…

“During the course of investigation, it was ascertained that students who were proceeding to Pakistan on student visas were either relatives of ex-terrorists or relatives of families of active terrorists who had indulged in various anti-national activities and had migrated to Pakistan or they were known to Hurriyat Leaders,” it said.

The chargesheet filed in a court here on January 18 revealed that terrorists who fled to Pakistan had pursued their admission matters with the help of Hurriyat leaders based in Pakistan and Pakistan administered Kashmir.

The NIA said that scholarships are offered for MBBS and engineering seats under various schemes of the Pakistan government.

“This shows a triangular nexus wherein the terrorists, the Hurriyat and the Pakistan establishment are the three vertices and they are ostensibly patronising the Kashmir students in order to prepare a generation of doctors and technocrats in Kashmir who will have leanings towards Pakistan,” the NIA said in the chargesheet, a copy of which is in the possession of news agency IANS.

NIA seized a document from the house of Nayeem Khan wherein he recommends a student for admission in a “standard medical college” in Pakistan because “her family has remained committed to the freedom struggle through thick and thin”.

Similarly, a document seized from the house of Shahid-Ul-Islam clearly shows that the Hurriyat leaders were sending recommendation to the Pakistan High Commission for the issuance of visa, it said.

The chargesheet has named Pakistan-based terrorist leaders Hafiz Saeed and Syed Salahuddin, seven arrested Kashmiri separatist leaders and three others in the case.

Shah is the son-in-law of Geelani who is a strong votary of Jammu and Kashmir’s merger with Pakistan. Hilali is a close aide of moderate Hurriyat leader Mirwaiz Umar Farooq.

The NIA has alleged that the separatists, arrested on July 24 last year, conspired with Saeed and Salahuddin to wage war against India and secede Jammu and Kashmir from India. All of them have been booked under stringent anti-terror laws.
The NIA also chargesheeted businessman Zahoor Ahmad Watali and two alleged stone pelters – Kamran and Javed Ahmed Bhat.
Watali has been associated with the LoC trade and has worked as the president of the LoC Traders’ Association in the past.
Source : timesofindia