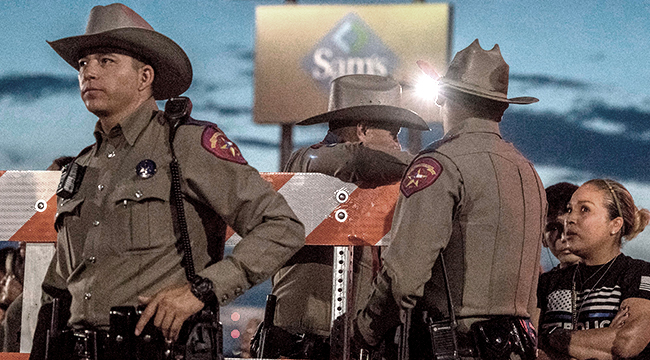 One month to the day after a man drove nine hours to El Paso, Texas and murdered 22 people inside a Walmart, the enormous retail chain has announced it is, yet again, changing its gun policy. They will no longer sell ammunition for assault-style weapons or handguns, and they will no longer allow open carry in their stores. This move comes after not only the El Paso shooting, but an additional shooting at a Walmart in Mississippi — and, of course, after activists and even current Walmart employees increased their demands that the retailer change their gun policies.

CBD 2020: What to Expect + Our Top Pr…
From Newbie to Digital Marketing Expe…
Vechain Price witness surge with Bina…
Super Guide to All PUBG Weapons
Markets gaping down a bit, USMCA, Gun…

In a memo to employees on September 3, chief executive Doug McMillon wrote, “In a complex situation lacking a simple solution, we are trying to take constructive steps to reduce the risk that events like these will happen again. The status quo is unacceptable.”

According to the Washington Post, Walmart “will continue selling long-barrel deer rifles and shotguns, as well as other firearms and ammunition for hunting and sports shooting.” Right now they sell guns in about half of their stores.

This is an about-face from McMillon’s August 15 quarterly earnings call, when he said that Walmart’s policies for selling firearms were sound — and that the company had already taken extensive steps to ensure they were selling firearms in a safe and responsible way.

Walmart has often found itself at the center of the gun control debate, due to its large share of the firearms and ammunition market. After the 2018 Parkland shooting, Walmart implemented a policy banning the sale of all firearms and ammunition to anyone under 21. (This is after they banned most firearm sales in 2006, then re-implemented the sale of shotguns and rifles in 2011 to help boost plummeting revenue numbers.)

While it’s unclear where the El Paso shooter obtained his firearm, the move seems to come at a necessary time nonetheless: according to CNN, at least eight Walmarts were threatened in a one-week period right after the El Paso shooting. Whether or not the policy will remain in place is another question altogether.