The Happy Meal toy is a staple of all of our childhoods. That may not be a great thing given the kind of food McDonald’s serves, but it’s a universal truth nonetheless.

Happy Meals date back to 1979. Back then, the boxes that the meals came in were a lot more elaborate and were themed in accordance with what Toys were inside. Some even donned fun facts, puzzles, and mazes. Nowadays, that’s not the case. But then again, at its inception, they were trying to win new consumers over.

How to Make Number 13 to Your Lucky N…
How long does it take CBD to work? Ho…
Hallway Decor Ideas with Runner Rugs
كيفية عمل المسقعة باللحمة المفرومة
Anthony’s is as Italian as They Come

Boxes aside, Happy Meal toys were the major draw. Whether they were plush toys, pull-back cars, or movie character figures, kids just had to have them. They would probably forget about the toys in a week, but they were important either way.

Did you ever wonder what the popular Happy Meal toy was the year you were born? Are you just curious about how the toys have evolved over the years? Check out this list of every year’s noteworthy Happy Meal toy from 1979 to 2003.

The McWrist wallet was among the first Happy Meal toys to ever be released. The fake wristwatch had a compartment instead of a clock, so a child could store all of their…baby teeth? Candy wrappers? Who knows. 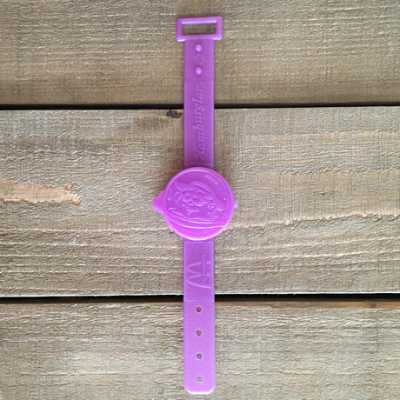 With Star Trek: The Motion Picture’s release in 1979, McDonald’s had its first movie-related Happy Meal toys. This is supposed to be a video communicator, but they actually just had a couple of comic strips inside. 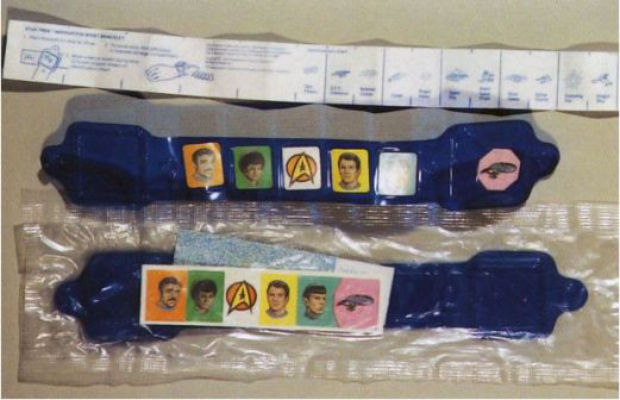 This toy is exactly what it sounds like: a toy boat that moves on its own in the water. That was one way to get your kids to actually want to take a bath. Well played, McDonald’s. 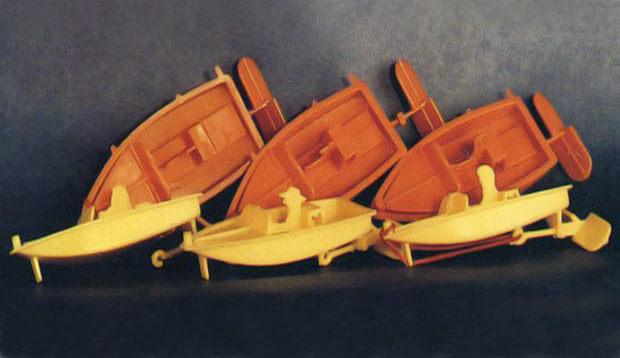 The Happy Meal helped promote Playmobil, a relatively new brand at the time. The toys were various small human figures that had changeable parts, which are still sold today. 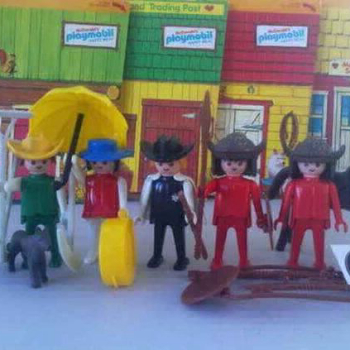 It goes without saying that everyone was extremely pumped about these Happy Meal toys. You can bet that kids were begging their parents to take them back to McDonald’s repeatedly so they could collect them all. 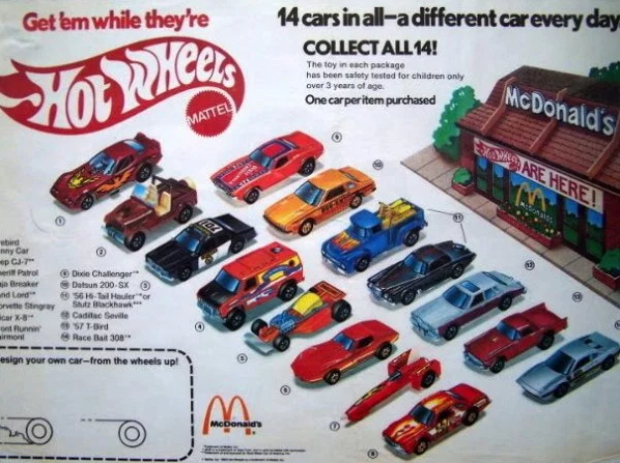 Popoids were a series of different stretchy and bendy pieces that you could arrange however you wanted. Not that there was much variation on what you could build, to begin with. 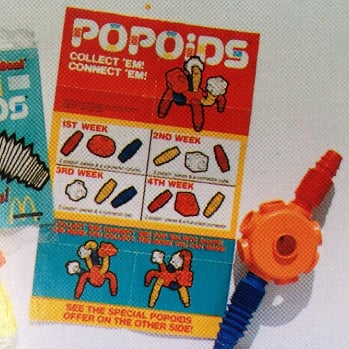 Toy cars were really in fashion in the 80s, so McDonald’s actually produced their own pull back cars called Fast Macs. They featured members of Ronald McDonald’s crew in different colored cars. They’re now collector’s items. 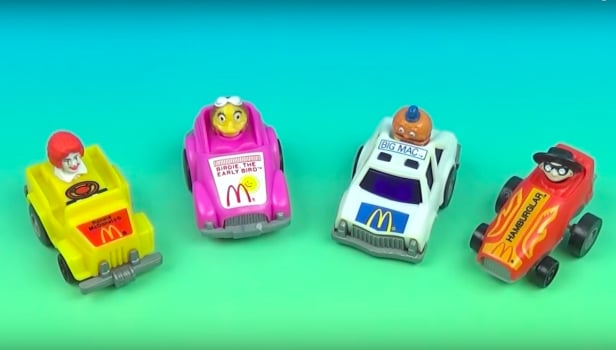 The post The Happy Meal Toy People Were Obsessed With The Year You Were Born appeared first on Do You Remember?.