Tags: lucky traveler traveler night stand series bad traveler night stand madame eve stand series offered release bad traveler lucky
October 14th 2015
View original
I'm so very happy to welcome my friend Lola back to the blog. She always gives a great interview, and her new book Lucky Traveler looks like a whole lot of fun! Also, make sure you make it all the way to the bottom of the post for the rafflecopter giveaway... 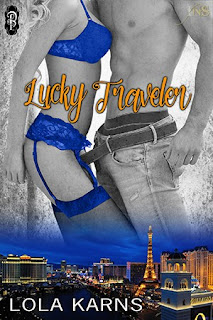 Here's what Lola has to say about her inspiration for the book...

I wrote my 2014 Decadent release Bad Traveler as a stand-alone title, but the characters weren’t done with me. Several readers asked me about Keira Jones and Logan Collins. I tried to wrestle them into a novel, but Keira refused to participate. Logan kept pestering me. I discarded plot after plot until he tapped me on the shoulder and said “You know I’m a recovering alcoholic, right?” I understood that he needed a chance to make amends.

Only Madame Eve and Decadent’s 1Night Stand series offered a way to bring these two characters together. I hope you will enjoy their journey.

I love the second-chance-at-love premise for Lucky Traveler. Where did the seeds for this story come from?
I always intended for the sister in Bad Traveler, Keira, to get her own romance, but she steadfastly refused. After many false starts, Logan, the hero of Lucky Traveler, explained to me why Keira was being so difficult. I realized he needed a chance to make amends.

I have a bit of a conundrum for you to sort out. Lucky Traveler is listed at the first book in the 1Night Stand series, but the title is fairly similar to your previous release, Bad Traveler. Are they in some way related?
Lucky Traveler features characters introduced in Bad Traveler, but I couldn’t figure out how to get Logan and Keira together. Decadent Publishing’s 1Night Stand series offered a way to do so. Madame Eve, owner of the 1Night Stand Dating Service has worked her magic for over 100 couples. It’s a fun series that crosses time, place, gender and species (as in aliens). The 1Night Stand stories are bound by two elements: Madame Eve and a happily ever now ending. Many of the stories include a traditional happily ever after element as well. I had so much fun writing for this series, I hope it won’t be my last 1Night Stand.

I’ve asked you a variation of this question before, but I figure readers will want to know, so…On Facebook, your profile lists bartender, secretary, and doctoral candidate as past occupations (among other things!). Which one influences your writing the most?
It depends a bit on what I’m writing at the moment. For Lucky Traveler, I drew upon my time as a bartender. I refused service to a patron who came in drunk as a skunk and ended up calling the police when he became belligerent. Other times, the skills I learned as a doctoral candidate help the most. I’m forever doing research. That’s one of the perks of my job.

Which author(s) has influenced your work the most?
During edits for Lucky Traveler, my editor asked me to add more dialogue tags and actions. I was reading Foolish Mortals by one of my favorite authors, the shamefully under-appreciated Jennifer Johnstone. Twice I had to flip back through Foolish Mortals to sort out who was speaking, so her style has seeped into mine.

Since a little birdie (or Facebook) told me you’re heading out to chaperone 6th graders for a week, I know you’re balancing a number of obligations. How do you find time to write?
The 6th grade field trip was a lot of fun and sparked an idea for a new project. I try to write in the morning after my kids go to school and I don’t let myself goof around until I have at least 100 words on the page. Most days I write from 8-11. Depending on my other obligations, I work on household tasks 1-2 days a week in the afternoon and devote the other weekday afternoons to the business and craft of writing.

So football season just started. Who’s your team? Or is there another sport that has your loyalty?
My team is BEARly watchable this year. (*snicker*) I grew up in Chicago and am a loyal Bears fan. At least professional and college hockey start soon. My teams don’t disappoint me the same way.

What’s next on your horizon? Describe your current WIP(s) or other upcoming project.
I have a Women’s fiction manuscript that is making the contest rounds. My current work in progress is a horror short story. I don’t know if I’ll do anything with it, but the change of pace is fun. I’m in the mental development stage for a project inspired by the field trip. I think I have a trope and a hero, but I need to nail down the heroine before I start writing.
Thanks for having me. Visiting with you is always a treat.

Well having you as a guest is always a treat, Lola. All the best with your new release!

Nearly a year after she found her boyfriend with his hand up someone else’s dress, Midwestern school teacher, Keira Jones, contacts a dating service in a faraway town for a much-needed confidence boost and night of adoration.

Logan Collins doesn’t remember much about the night he screwed up his cousin’s wedding and his life. But with five months of sobriety under his belt and most of his amends made, he celebrates with a 1Night Stand.

When Madame Eve sends these ex-lovers to the same Las Vegas hotel room, the two of them must discover whether good luck or bad luck guides their travels.

Logan couldn’t do this sitting down. Not after all his failed efforts to reach out to her. A sigh escaped. The coin in his pocket was bigger than that old one-dollar coin his grandma gave him and about the size of a poker chip before the machines all switched to swipe cards. He wrapped his fingers around it. Why purple, he didn’t know. The next was worse. Pink, but he wanted it anyway. The coin brought power held in his palm. He squeezed it almost as tight as his eyelids.

“I’ve been sober one hundred and thirty-one days.”

“So?” Her nonchalance annoyed him.

She sighed. He paced. This is your chance to move her from the hopeless step nine to eight. A slip of paper in his wallet listed everyone he could think of to whom he needed to make amends. Keira’s name reigned at the top of the list. He looked at her, an angel in blue curled up on the couch. The skirt of her dress slid over her legs. A line of lace midway up her thigh caught Lucky’s attention. For the first time in almost eleven months, the big guy straightened up for a better view. The upper brain clicked in enough to restrain him from doing a fist pump, but his hand twitched anyway.

“Ahem.” She cleared her throat.

“Right.” He had a job to do. Business before pleasure as the saying goes. The apology. “Are you wearing a garter belt?”

After a glance at her legs, she tugged a fold of fabric over the delicious spot. Her squint approximated anger. With those wide, round eyes, she never looked truly pissed off. Except at the wedding and in his recurring nightmare.

“No. That one had bad memories. I threw it out.”

Would she throw him to the trash heap, too?

“Did you wear it to the wedding?”

“You asked me to.” Her voice chilled him.

The warm coin palmed in his fist reminded him of renewed opportunity.

“We can’t move forward until we move back. I made a fool of you. My weakness in the face of alcohol led me to certain inappropriate behaviors that hurt me—”

“Cut the shit. You had your hand up the wrong bridesmaid’s dress.” 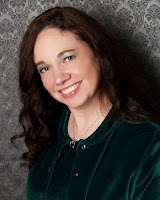 Lola currently resides in Minnesota with her husband, two children, two hairless cats and a fluffy ex-stray cat. When not writing, she enjoys baking, reading and drinking coffee.


She is the author of LuckyTraveler, Bad Traveler and Winter Fairy.