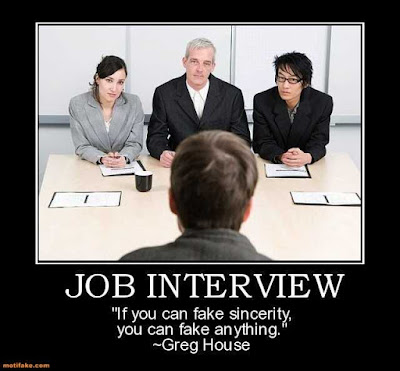 I recently saw a job advert and it made me laugh at its absurdity. The job wasn’t for anything special but reading the list of desirable performance and Competency related requirements you would have thought that the position was for President of a major country. These weren’t requirements such as “Has experience of Microsoft Word” or “Has at least three years of experience managing a supermarket”.

I am talking about the personality and competency requirements or “What kind of a person are you?”

I read this list and started to score myself.

What these people are looking for is basically an alien/human hybrid – somebody like Mr Spock – although he would certainly fail when asked if he was a people person. 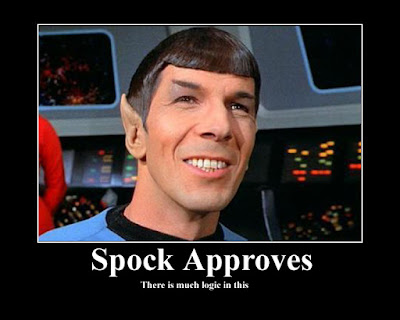 Worse, I don’t know anybody at all who would satisfy these requirements. I know for a fact that just about every person I have ever worked with wouldn’t.

And that’s not me being nasty to these people – they are human beings not machines. The have all the beauty and warmth that humanity has but also the deep failings.  Everybody is the same.

I suspect that the list of requirements was written by my old nemesis, Mr Motivator. Do you remember him?

He is the man who will work until stupid o’clock, fuelled solely by Monster Raving Looney strength coffee that is actually pure caffeine.

He is the man who will claim to be your best buddy and then brush you aside when the next opportunity to climb the corporate ladder appears.

He is the man who will buy a Porsche but never have time to drive it.

He is the man who will go on the most expensive holidays money can buy but spend the entire fortnight working and ignoring his long suffering family.

Yet there is a deep irony here, dear reader – because the truth is that not even Mr Motivator himself will pass all of these competencies. Yet he will almost certainly bullshit his way through the interview, claiming to be the best of the best of the best with excellence running through his bloodstream instead of blood.

The competency list is too long to reproduce here, dear reader, and I would hate to infringe any copyright laws. But I can give you a brief summary.

Basically they are looking for a robot with the interpersonal skills.

The person must actually thrive when the going gets tough and enjoy working every hour God sends without getting upset and, while working into those deep dark lonely hours in the night, will do so with a massive smile on his face, praising their boss at the same time and, when the smelly brown stuff hits the whirling cooling device will instantly be able to cope without making a single mistake.

The person will be your best friend and will make every effort to be your perfect temporary  spouse, because, don’t forget, you will be working so hard that you won’t have time to see your family.

The person will have a 200% grasp of all business practices and will be able to foresee any disasters and act before they occur. If, for some reason (perhaps being tired due to overwork) the person fails to see the looming disaster then he will be able to immediately react and fix it with a huge smile – even if it’s three o’clock in the morning and he has been working for eighteen hours fuelled only by a triple strength caffeine bomb.

The person will be so ambitious that his ultimate goal will be to rule the entire world.

The person will be the most benevolent human being in the world, caring for all the people he works with, even if they don’t meet his high standards.

And when it comes to conflict, the person will simply end a difference of opinion decisively, even if he is wrong.

The person will be totally creative and will redefine bullshit business terminology like “thinking outside the box” and “blue sky thinking”, perhaps even inventing a new term like “extra-terrestrial creativity” to be used from now on when trying to impress his so-called superiors.

The quality of the person’s decisions will be consistently brilliant. He will rarely be wrong and when he is, he will end the debate and move on.

The person will be the funniest man in the world. His jokes will be the best and the entire audience will spend most of their time laughing at him. Like this guy:

And that’s just for starters, dear reader. There’s lots more where that came from.

As I said, I would fail to get the job.

I didn’t want to stack shelves in the local supermarket anyway.

A Comparison of the Environmental Imp…
An Honest Review of Tripmasters.com
Upkar New Paradigm Reasoning Book PDF…
‘The Angry Cabbage’. A Vegetable Rese…
From Newbie to Digital Marketing Expe…