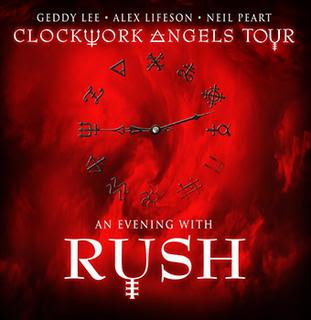 Here are some questions from Sunday Stealing with the dubious title “One Direction Asks” – I presume this is the over-rated “boy band” One Direction, so I am going to rebel and simply call this post “Something on Sunday” because I hate boy bands with a passion. Of course, if you like them or any other boy Band then that’s fine.

Review: YES ‘The Quest’
Discover the Magic of Venice in Novem…
Burrow Has The Perfect Pillow For Eve…
Urban, Suburban, or Rural Practice: P…

Shall we dive in?

1. Are you a Jeopardy fan?  Who do you want to replace Alex Trebeck?.

Not at all. I’ve seen the show on trips to America in the past but that’s about it. I have no idea who Alex Trebeck is and wouldn’t recognise him if he said “Hi Plastic Mancunian! I’m Alext Trebeck – have you heard of me?”

That’s a tough one. I’m not a fan of horror movies but I quite enjoyed IT Parts 1 and 2 recently (because I have read the book too). I quite like a good science fiction horror – so I will say Aliens.

3. Are you a possessive person?

I’m possessive about objects I own and don’t want to get rid of, for example my CD collection. But when it comes to people, not at all. I would hate to be the target of a possessive person.

Do you know, I don’t think I actually have an idol. There are lots of people out there who I respect but I wouldn’t say that I idolise them at all.

Number one on the list is oxygen of course and anything else that keeps my body ticking over.

In addition, here are five things that make my life pleasant:

I love travelling but I actually feel at home here in Manchester. There are a lot of places that I could live but my heart is still in this magnificent northern city and no matter how far I go I will always want to come back at some point.

7. What are your three best qualities?

I like to think that I am a nice guy, who listens, makes you laugh (intentionally sometimes but mostly unintentionally) and has a good heart.

I would say Mrs PM, my friends and family and my cats.

9. What helps you when you’re feeling down?

Definitely music. If I feel a little down, which does happen occasionally, I just put on a suitable song. The actual song depends on the mood but something like this will always perk my mood.

10. Which big cities have you been to?

I’ve been to so many that I have lost count. Here are most of them:

There may be more – and there may be some places that are cities but forgot about.

I’m not a lover of love stories (does that sound weird?). There is usually a lot of schmaltz, too much if I’m honest and I get bored because they are usually far too predictable. But Notting Hill made me laugh once or twice so I will reluctantly say that.

12. Talk about the best concert you ever attended.

I will have to say that my favourite band was Rush, who sadly are no longer a band because, sadly, they decided to call it a day shortly before drummer Neil Peart passed away. The last time I saw the band was the last time they visited the UK in 2013 and is to date the most expensive concert I have been to.

In terms of being a spectacle it wasn’t the most explosive or exciting (that honour goes to German industrial metal band Rammstein who were incredible). Nevertheless, the music was amazing and they performed as they always did without a support, being onstage for over three hours (with an intermission).

I was so sad when they called it a day and even sadder when Neil Peart died. But I am delighted that I saw them on their last tour of the UK.

13. What’s one thing you don’t ever want to change?

Apart from work, I don’t want to change my life at all. Once we can travel again (which is getting closer dear reader), that will see my life returning to normal. And that’s the way I want it to stay – preferably as a retired person.

I am scared of heights, something that has steadily got worse over the years. I guess if monsters and ghosts existed, I might be scared of those too.

15. What are three things you want to do before you die?

I am going to live forever.

Well, if you are going to push me …

I want to go on a round the world trip – but I would be happy to visit Japan and Australia again, and a few countries that I haven’t been to yet, like New Zealand.

I want to write a novel or a serious book, rather than the crappy travelogues I’ve already written.

I wouldn’t mind trying to write a song. That would be fun.

This post first appeared on The Plastic Mancunian, please read the originial post: here
People also like
Review: YES ‘The Quest’
Discover the Magic of Venice in November
Burrow Has The Perfect Pillow For Every Person In Your House
Urban, Suburban, or Rural Practice: Pros and Cons