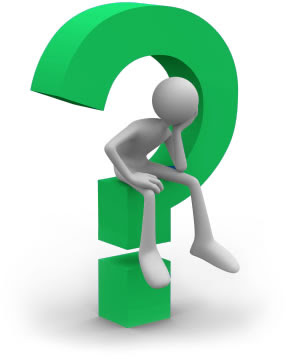 Welcome to day 97 of the Coronavirus lockdown. As you can see, in the UK, we are approaching the 100th day, but there is some light at the end of the tunnel.
From next Saturday, July 4th, the pubs and restaurants are reopening as well as cinemas, hairdressers and a few other things. Also, the “advice” is that we should socially distance by at least one metre, rather than the current two metres.
The only doubt I have is that, once again, this advice is suitably vague – Boris the Clown doesn’t do precision, which is no surprise if you have ever heard the wittering fool bumble through a speech.
Anyway, I have no intention of going to the pub yet – or staying closer than two metres from other people (not including Mrs PM of course). Nevertheless, I shall wander around next Saturday to see what is happening. My guess is that we shall see people flocking to the pub and chaos reigning.
We shall see.
So on a rainy June day, let’s answer some very silly questions (and today they really are sillier than usual) from Sunday Stealing.
1. If you could be a Muppet, which would you be?
There is no other choice. There is only one muppet out there that I want to be. In the world of Muppets he is my hero, the Muppet that inspired me – the greatest Muppet that has ever had a hand shoved up his arse.
I am talking of course about Animal.
Here he is in his full glory.
2. Why is a chicken crossing the road in the first place??
The chicken is presumably trying to avoid a fox, or a mad white haired man from Kentucky wearing a white suit who is pursuing it with a bag of spices and a deep fat fryer.
3. What's your favourite muscle?
The arse muscle because women seem to like it.
4. Cheerios or Rice Krispies?
When I was in America once, I was staying with a family, one of whom was waiting for me to say “Cheerio”, so that he could crack a joke by replying “No thanks! I prefer Rice Krispies!”
Oh how I would have guffawed. The sad thing is that the only people who say “Cheerio!” in England are weird aristocrats who use also use words like “terribly”, “gosh”, “old chap” and “toodle-pip”.
I say none of those words.
Where were we? Oh yes – Cheerios or Rice Krispies. Well, I don’t usually eat cereals, if I’m honest. I’ve had both and I have to say I don’t like either.
So my answer is “none of the above”.
5. Is summer ever going to get here?
I think it has arrived already. May was a beautiful month with almost all days being warm and sunny. June is not quite as good with a few thunderstorms and a few days of rain (like today) but it is still warm here and Wednesday and Thursday of last were gloriously hot at 30°C and 32°C respectively – just about the right temperature and the hottest it ever really gets in Manchester.
6. Have you ever had a utility turned off by mistake or some other reason besides weather or nonpayment?
Not that I can recall.
7. What was your "last day" of something?
Tuesday of last week was my last day of work – sadly until Thursday of this coming week when I return. I am supposed to be in Spain at the moment but am stuck here in Manchester instead, because my company is asking us to take our holidays during the lockdown even though we are incarcerated in our own homes.
8. If you had to be trapped in a TV show for a month, which one would you choose?
I think that it would have to be a science fiction show of some kind, preferably involving time travel. I will go for Dr Who.
9. Did you have any type of class trip, band trip, etc in high school? Where did you go, what did you do?
Yes, too many to remember. There were a lot of day trips to local points of interest, plus a couple of field trips to the school’s Welsh centre in Snowdonia. The latter ones involved being away for a week in this remote centre that could accommodate 24 pupils and two teachers, and usually involved studying local features for geography as well fun and games.
10. Do your feet smell?
Neither of my feet contain nostrils. So the answer is no.
11. Do you know how to french braid?
I had to look it up. What do you think?
12. Two guys are walking down the street. One drops his hat and reaches down to pick it up, the other kicks him in the ass. Do you laugh?
Yes – of course I do. It’s probably because two guys are paying homage to old school comedians like Laurel and Hardy. 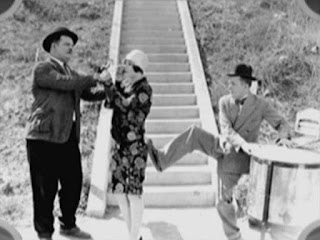 13. You wake up one morning and dogs are meowing and cats are barking - what are fish, elephants and crocodiles doing?
Well since this is a normal day and I haven’t been transported to the planet Tharg, I would imagine that the fish are swimming around looking stupid, the elephants are making an horrendous noise with their trunks and the crocodiles are floating in the water, their eyes peering just above the surface waiting for a stupid person to walk into the water to try to find out what noise they make.
The truth is though, if I saw an elephant or a crocodile when I woke up, I would probably call the police rather than being preoccupied with what they were doing.
14. You are going to your high school reunion. What award are you going to win?
I wouldn’t want to win an award but if I did it would probably the most travelled. And the coolest of course.
15. You find yourself stranded on a deserted island. Soon you find a laptop with a lifelong battery & internet connection, then you find a cave with an endless supply of food and a spring of fresh water. A cruise ship comes along to save you - do you get on it?
Yes – and I take the laptop with me.
16. How many shortcuts do you have on your desktop?
13 – that’s unlucky for some. I’ll have to add another one.
17. I offer you a pie... the most delicious pie you have ever seen. You either have to eat the entire thing in one sitting or allow me to slam it into your face, which do you choose?
I would eat it, of course.
18. Are you a pen stealer?
I suffer from stationary kleptomania. I walk to people’s desks and walk away with heir stationary. I do not know why. At work, I have a draw full of stolen pens, which I hand out to anybody who needs them. I guess that I am sharing the fruits of my thievery – a kind of Robin Hood figure who steals from those who have too many pens and gives the proceeds to those poor unfortunate wretches who can’t find a pen in the stationary cupboard because a thief like me has stolen them all.
19. A dude from China comes up and offers you German chocolate cake, French fries and a Boston cream pie... what colour is your car?
I remember a question on a philosophy exam that said “There is a planet exactly like Earth but only contains unicorns. Discuss”. I thought that was the craziest question I had read but deep down there are pseudo-intellectuals who might try to make something of it to appear intelligent.
I shall try to devolve into a pseudo-intellectual to try to answer this particularly stupid question with the craziest pseudo-intellectual answer I can come up with. Regular readers know that I am not keen on Pseudo-intellectuals. Take a deep breath …
Dong Zhongshu attempted to integrate the Yin Yang cosmology into a Confucian ethical framework and this selfless act of benevolent moral harmony clearly affected the “dude” from China. But I had to ask myself in all seriousness; “What is a Chinese dude”? This is a philosophical dilemma as the innate truth of being a “dude” is an American paradigm created by an English maverick whose thoughts drifted away from the European characteristic and more towards the customary new world convention. Consequently, we can understand the quandary the Chinese person had to grapple with and his temptation to completely abandon his Chinese heritage whilst still being ethical, forcing him to choose the Boston cream pie. Yet still he felt the struggle wasn’t over because he had to follow the origins of the English maverick in order to satisfy the deep-seated uncertainty of the impasse. The source had to be European but could not be English. How he resolved this proved arduous but then he recalled the odours of the Black Forest. The only option was a German chocolate cake, inherently European yet not traditionally English. But how could he combine the two frames of reference? What could be European and American yet not English? The French Fry completed the puzzle. The English refer to them as chips, a crude fat monstrosity that although it is made of the same ingredient bears no resemblance to the shape and texture favoured by Europeans and Americans. The circle was now complete, the French Fries bringing everything together whilst still acknowledging the origins of the English maverick. I looked upon the offering from the Chinese man; I recognised the gesture for what it was, the yin the yang, the ethics and the harmony. My reaction was to embrace this paradigm and build upon it to maintain the morality of his gift. I looked at the Chinese dude and went back to basics – to his origins. It was the only thing I could do. I saw his flag in my mind’s eye. I looked at him with a benevolent smile and spoke the words that lifted his heart; “My car is bright red – just like the colour of the flag of your motherland.” He wept and so did I.
I’m sorry about that but the bloody question was ridiculous. By the way, my car is silver.
20. Sometimes you just have to tap your foot to your favourite song - which tv series season finale are you watching?
Another crazy question. But the last season finale I watched was “Gangs of London”.

In Your House: Beware of Dog
What’s brewing in Chef Harsh Kedia’s …
How to Grow Your Online Business by O…
Kestrel Lodge campsite
Empire of Language- Prelude-Metaphors…