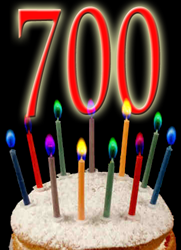 Well, folks, it’s another milestone for The Plastic Mancunian – this is my 700thpost. This means that I have written 700 posts of utter drivel, averaging about 900 words per post making a rough total of 630,000 words of nonsense to bore anybody who happens to stumble on this web site whilst presumably looking for something more important and interesting.
In fact, the 10th anniversary of The Plastic Mancunian is 21st March 2018 – and I think that might be a fitting point to call it a day. I haven’t fully decided this yet but it seems a good place to stop and put my energies into writing something more worthwhile – watch this space.
However, that is about 8 months away and until then I shall continue to bore you with drivel.
I rarely use Facebook these days, but one of the main applications I use is something from Tripadvisor that allows me to record where I have travelled. Thus far, it tells me that I have been to 34 countries, including 368 cities. By “cities” the application really means cities, towns and villages; but I’m not complaining. It also tells me that I have travelled 294,688 miles and seen 25% of the world.
I aim to increase all of these statistics before I say hello to God in person.
Here is a map of my travels: 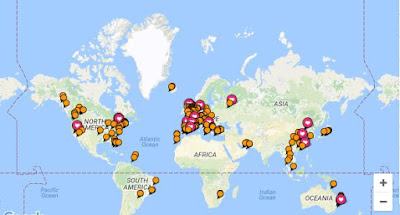