12 Cities Where You Can Afford Rent on Unemployment Insurance

The coronavirus pandemic caused an economic slump of a scale the U.S. hasn't experienced since the Great Depression. According to the Wall Street Journal, more than 30 million Americans lost their jobs as a direct result of the pandemic, and many of them are now Living on unemployment insurance (UI).

Bikepacking - A Brief Introduction an…
Best Low Acid Coffees That Won’t Upse…
12 Best FMovies Proxy, Mirror and Alt…
The Happiness Cart – Falooda Express
How and Why America Was Hit So Hard B…

In this kind of economic environment, it can be tough to buy a home, even with generous incentives, such as home buyer rebates, and many renters are falling behind on rent. If you're one of those 30 million unemployed, you probably know firsthand that unemployment doesn't always cover all your expenses. In fact, a new study from Real Estate Witch found that Average UI doesn't cover basic living expenses in 69 percent of major metro areas.

There are only a dozen U.S. Cities where unemployment covers rent for a two-bedroom apartment, food and transportation, with money left over. It's a surprising list and one that proves that affordability isn't an impossibility, even in states with high costs of living, high real estate commission or lower-than-average UI payouts.

The Real Estate Witch study looked at the average rent costs, cost of living and state levels of UI and found that, although unemployment falls short of the cost of living in most metro areas, there are 12 cities where unemployed residents in a two-bedroom apartment can survive on UI:

Read on for a rundown of the dozen cities where you can rent comfortably on unemployment and an exploration of what makes those cities so affordable. 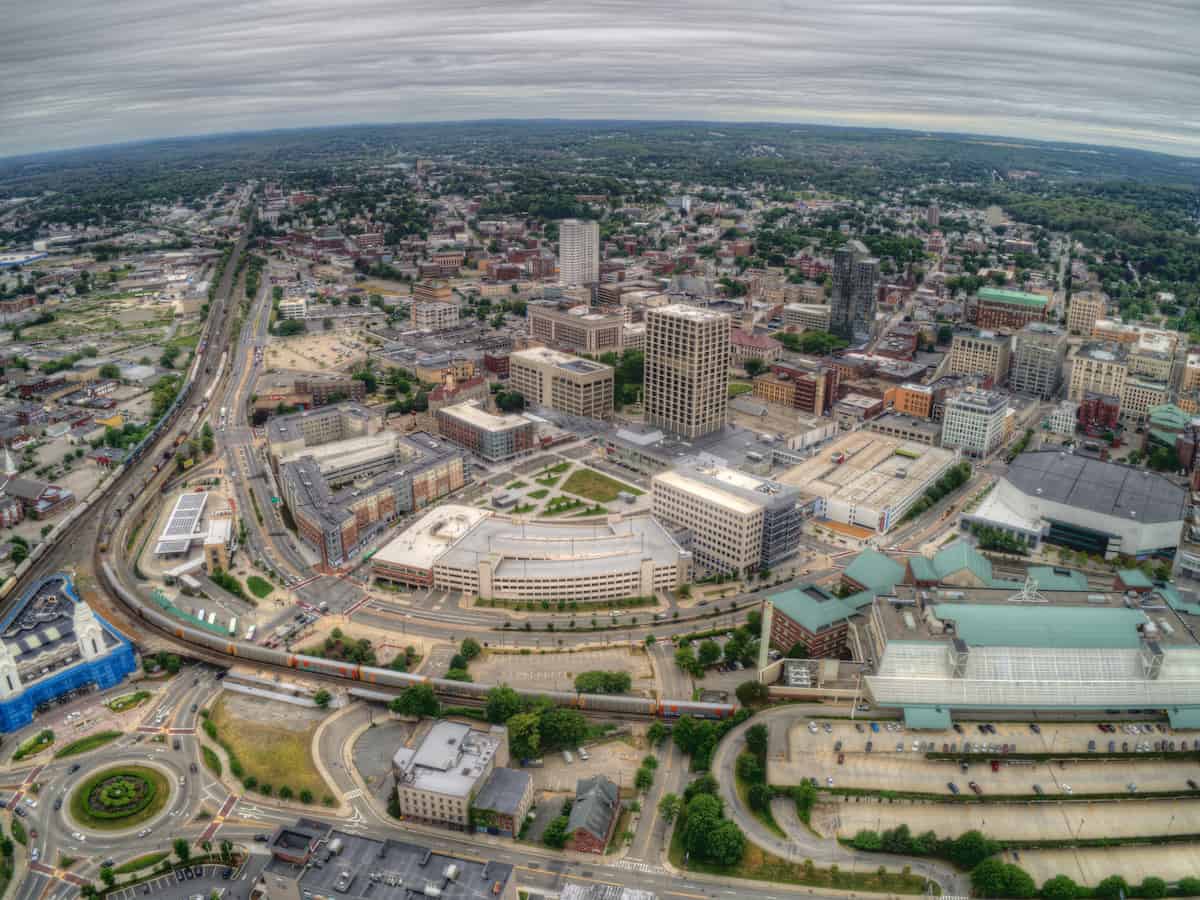 According to the latest data, Massachusetts pays out a weekly maximum of $823 for individuals and $1,234 if you have dependents. This compares to states such as Florida or Louisiana, which have weekly maximums of $275 and $247, respectively. Even when you take the higher cost of living into account, being unemployed in Massachusetts gives you a lot more breathing room than almost anywhere else in the country.

Using the midpoint between the maximum and minimum payout as an average, the average monthly UI payout in Massachusetts is $2,992.17. Average monthly expenses are just less than $2,024 per month in Springfield and $2,163 per month in Worcester. After paying basic living expenses like rent, food and transportation, that leaves well over $800 in the pocket of the average Worcester resident, with Springfield residents having an excess of nearly $1,000. 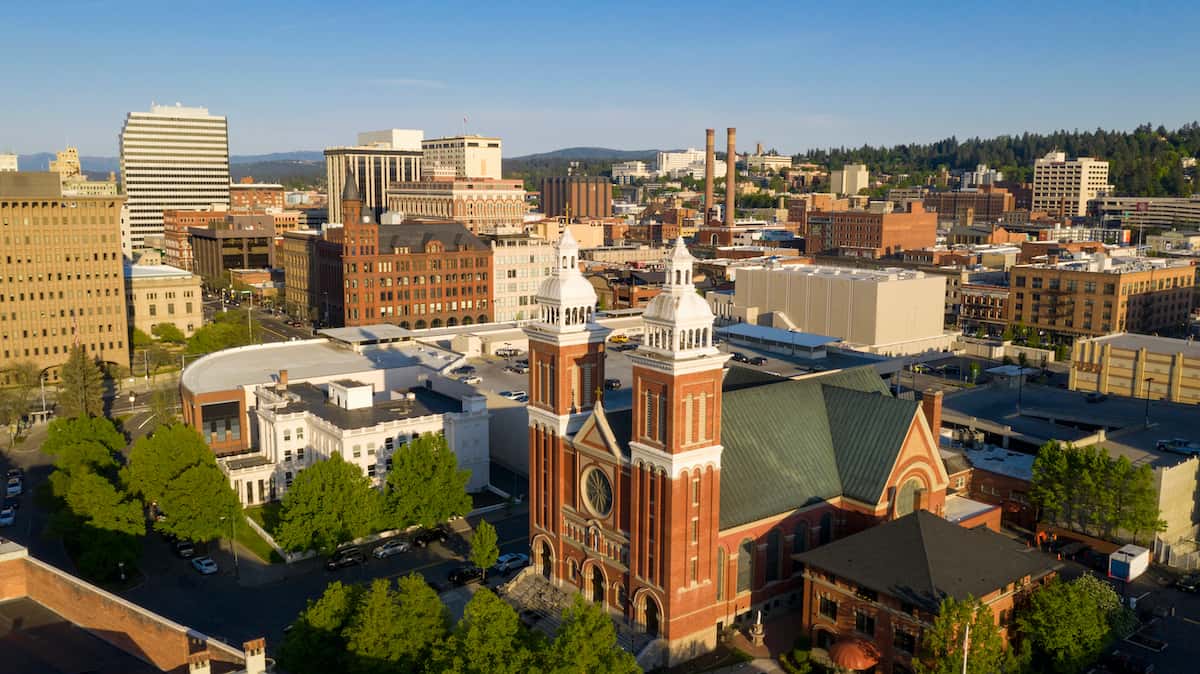 Coming in at third on the list of most affordable metros to live on UI is Washington state's second-largest city. Unlike the previous two cities, which were almost entirely a product of high state unemployment payouts, Spokane combines a moderately high level of UI with a cost of living that's significantly lower than both the national and state average.

According to one expert, Spokane's cost of living is rated at just more than 92, compared to the U.S. average of 100. But more crucially, Washington state as a whole has a cost of living rated at 118.7, which is much higher than the national average.

Because state unemployment benefits are generally calibrated to the statewide cost of living, Spokane benefits from being an oasis of affordability in an expensive state. So, while the maximum weekly unemployment benefit of $790 is already toward the higher end on the national scale, that money goes a lot further in Spokane than, say, Seattle.

How much farther? The average statewide UI payout in Washington is $2,119. In Spokane, average monthly living expenses total about $1,683. That's an excess of nearly $436 for those on UI. 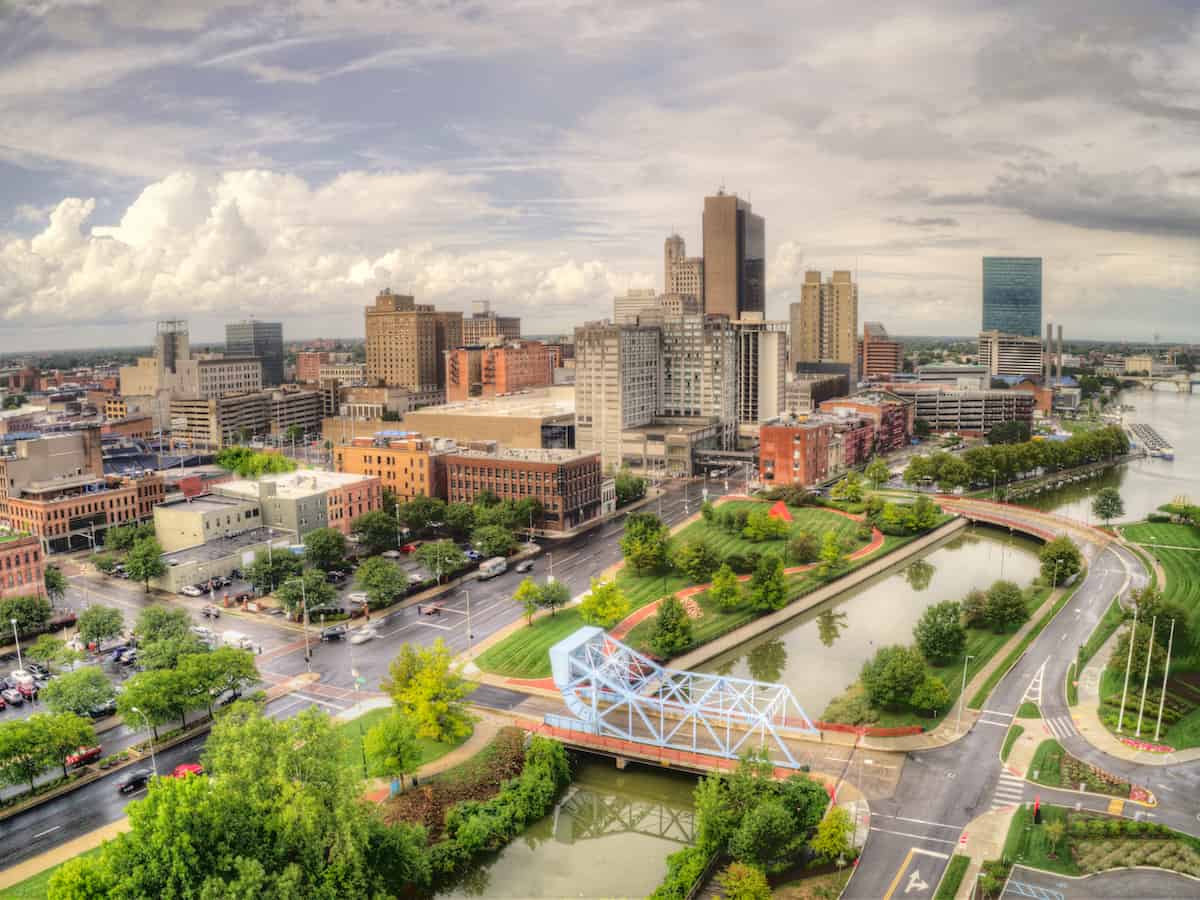 Six of the next seven entries on the list of most affordable metro areas on unemployment insurance are from the Rust Belt state of Ohio. Ohio offers a monthly UI of only $1,694 on average and a weekly maximum of $480 for individuals or $647 if you have dependents. But Ohio's extremely low cost of living means that this money goes a lot further than it would elsewhere.

With total monthly expenses ranging from $1,337 in Toledo to $1,572 in Columbus, unemployed residents of each of these Ohio cities can comfortably pay their basic expenses and have a few hundred dollars left over each month. 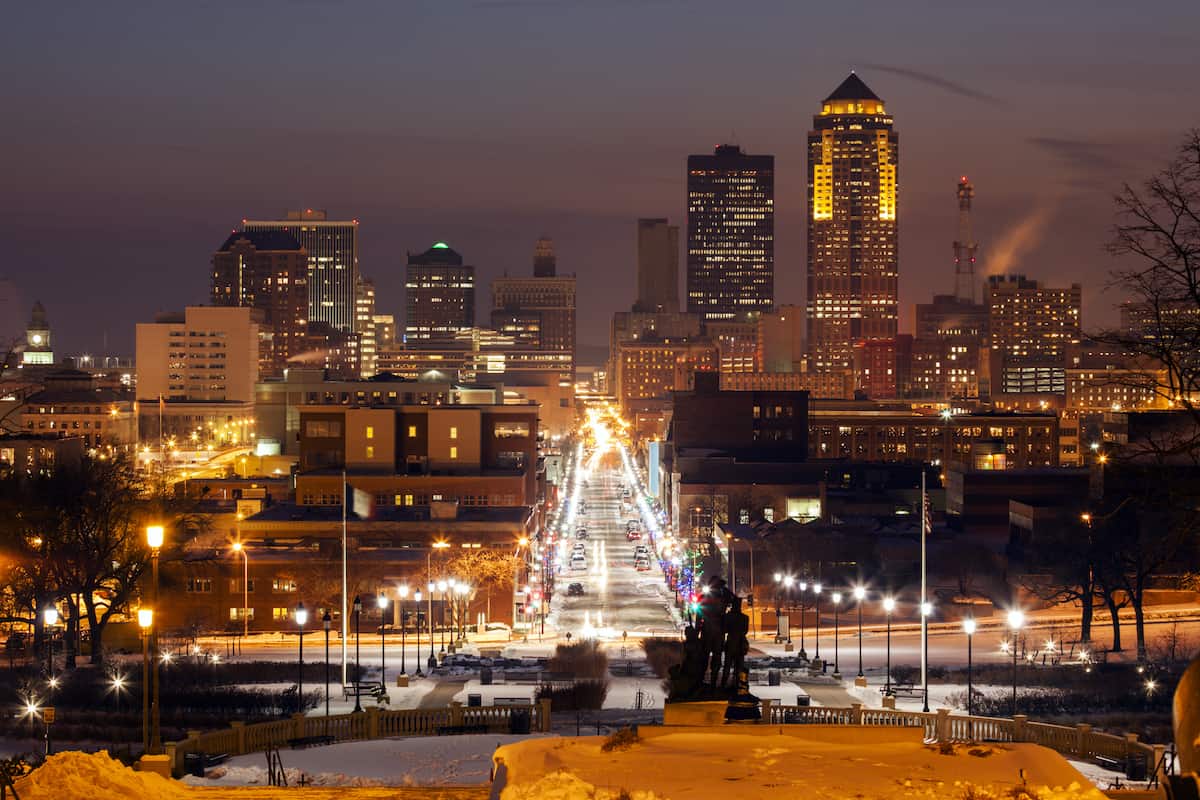 Iowa's capital city is a surprising entry on this list, as it has an average monthly UI payout of only $1,469 — less than half the Massachusetts average and significantly lower than the national average. But Des Moines offers a much lower-than-average cost of living, with monthly expenses averaging only $1,228.

That means the average unemployed Iowan has more than $200 left after paying living expenses — a significant sum in such a low-cost state. 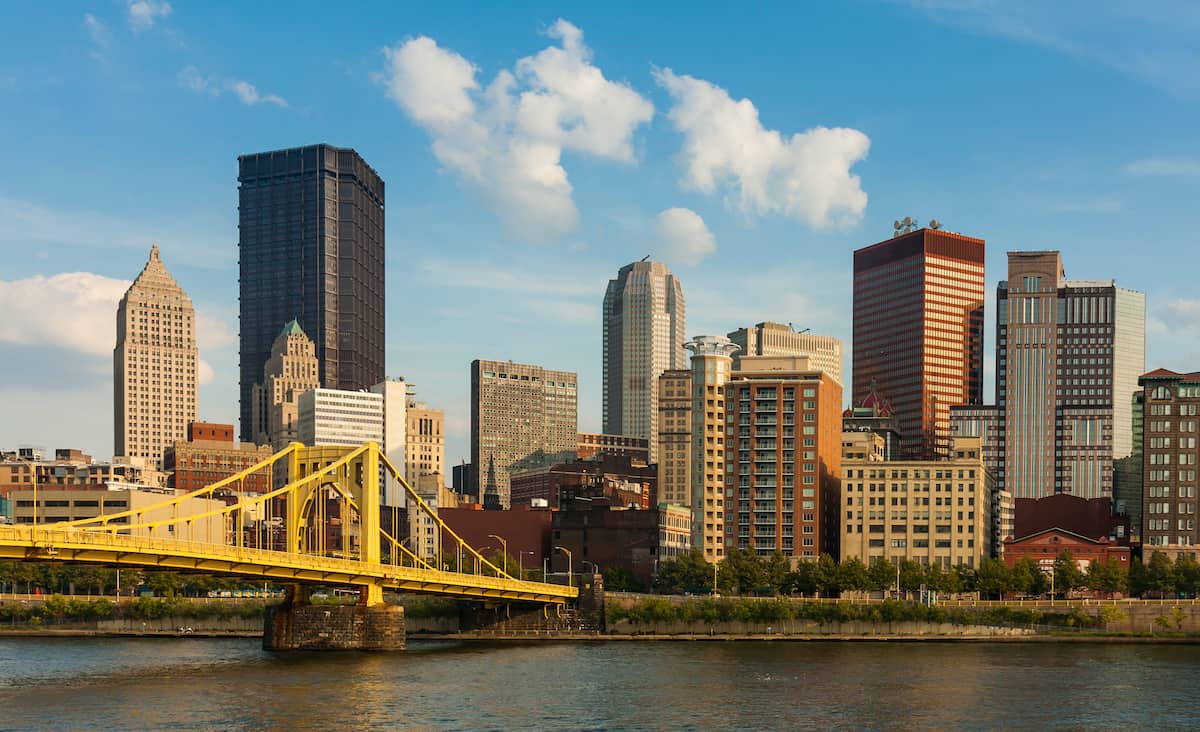 The last two cities on this list are in Ohio's neighbor, Pennsylvania. But the two metros are also an interesting study in contrasts. Scranton is a blue-collar town that's mostly off the national radar, while Pittsburgh is a perennial entry on national lists of hot, up-and-coming cities. The two cities, however, have almost identical average monthly expenses — $1,394 for Scranton and $1,397 for Pittsburgh.

With Pennsylvania's average monthly UI payout of $1,421, each of these cities is affordable, though just barely. Residents would have less than $30 leftover for other expenses.

The big picture on unemployment insurance

A few themes emerge from the list above. The most affordable cities are mostly small and in the Northeast. That's no coincidence. States with the most generous unemployment insurance benefits are concentrated in the Northeast, in contrast with the South, which didn't have a single entry on this list. Despite having a generally low cost of living, cities in the South pay out a dismally low average level UI.

If this economic slump continues into 2021, we may see migration patterns reversing the trends of the last decade or so, as people pack up their things and move from dense, expensive urban metros to more humble, affordable small cities — cities like the ones on this list. The implications for renters and homeowners alike could be massive.

The information contained in this article is for educational purposes only and does not, and is not intended to, constitute legal, medical or financial advice. Readers are encouraged to seek professional financial, medical or legal advice as they may deem it necessary.

The post 12 Cities Where You Can Afford Rent on Unemployment Insurance appeared first on Apartment Living Tips - Apartment Tips from ApartmentGuide.com.

12 Cities Where You Can Afford Rent on Unemployment Insurance