The 5 Stages Of Sleep — Cycles, Phases, and Improvement

In the past, Sleep was believed to be a sort of “full body shutdown;” a totally passive state in order for the body and brain to recover from the day’s activities. Since the 1950s, though, research has shown sleep to be a far more varying and active state that previously believed. Not only does it consist of many different stages, but the brain is surprisingly active throughout. The stages of sleep happen in a predictable cycle, and in order to feel well rested your Sleep Cycle must be in order.

What Is The Sleep Cycle?

Over the course of the night, the body goes through around five distinct sleep cycles, with an average of 90 minutes per cycle. A cycle consists of moving through the stages of NREM (Non-REM) sleep in order to achieve REM (Rapid Eye Movement) sleep. Each sleep stage fulfills a distinct physiological and psychological function, and without movement through the sleep cycle one may feel grogginess and tiredness despite seemingly sufficient sleep time, known as sleep inertia.

An infographic outlining the stages of sleep

A sleep cycle consists of four NREM stages of building intensity, and Rem Sleep. The two are quite distinct. In all stages of NREM sleep, the muscles retain the ability to function (although the body is typically still), while brain waves are less active and heart rate, blood pressure and breathing slow. In NREM sleep, as the name suggests, the eyes are completely still. In REM sleep, the muscles are inert, but brain waves, heart rate, blood pressure and breathing increase. Again as the name suggests, in REM sleep the eyes, though typically closed, are very active.

Stage One – “The Transitional Phase” or “Introduction To Sleep”

This stage occurs within minutes (and sometimes even less time) after closing your eyes to sleep. Usually this means drifting in and out of consciousness, leading into a light sleep. Eye and muscle movement slows dramatically. This stage is where the body may clench as if falling (called hypnic myoclonia) and jerk back awake. This phenomenon is believed to stem from when humans used to sleep in trees. 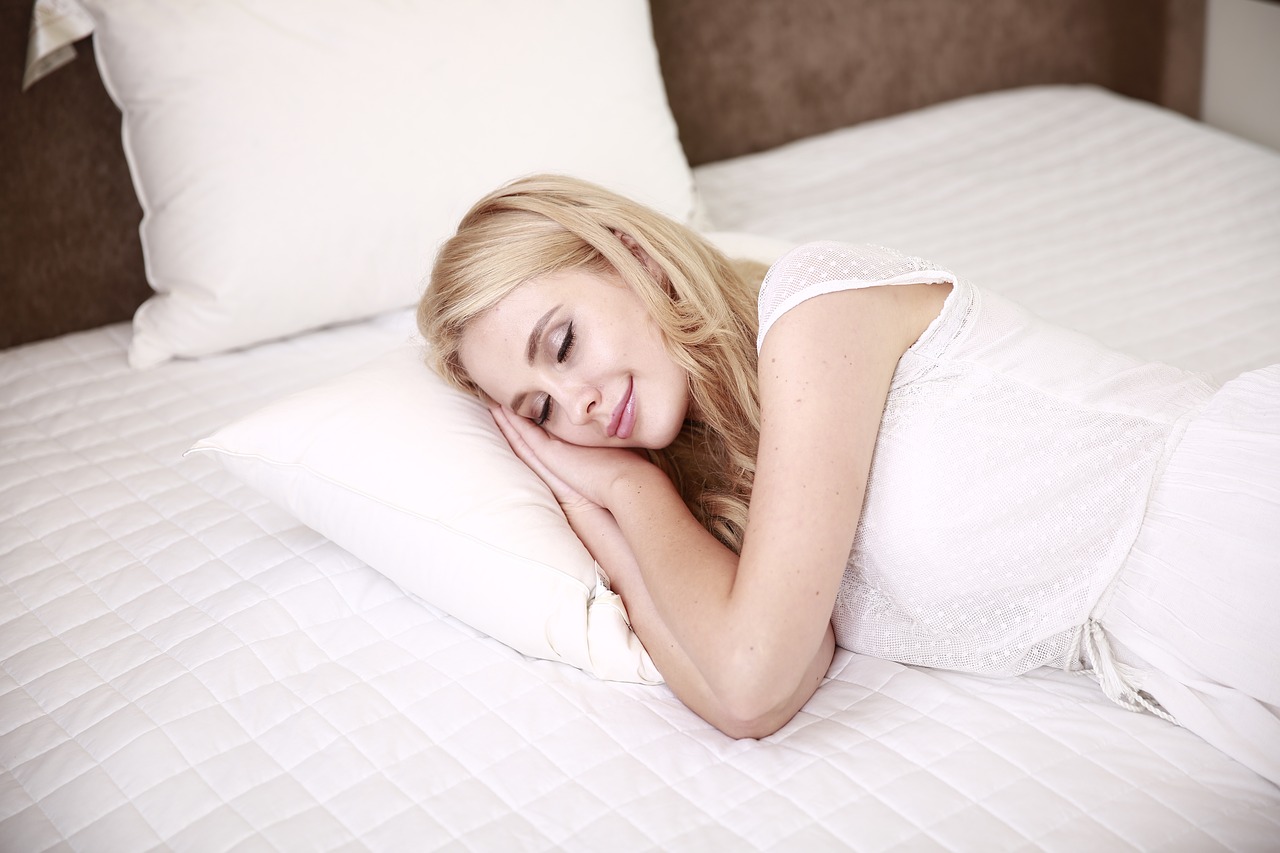 It’s quite easy to rouse someone from stage one sleep. Although one is technically asleep, if roused from this stage one may feel as though they haven’t slept at all. Although stage one sleep is without dreams, per se, one may experience some fragmented visual images. Stage one of the sleep cycle tends to last for around ten minutes (per cycle).

Stage Two – “The Light Phase” or “Beginning Of Sleep”

Around half of all time spent asleep is in this phase. Although the sleep is still fairly light, the heart rate slows, and core body temperature decreases. Eye movement stops completely, and brain waves (the fluctuations of electrical activity) slow down with short infrequent quicker bursts called sleep spindles.

There are also inconsistent changes between muscle tension and relaxation. Stage two of the sleep cycle usually lasts for around twenty minutes per cycle, and is the most prevalent stage of sleep over the course of the many cycles of the night. We spend more time in stage two than in any other stage – around forty five percent of the night. This is the stage where metabolism regulates itself, and it’s believed memories and emotions are organized. 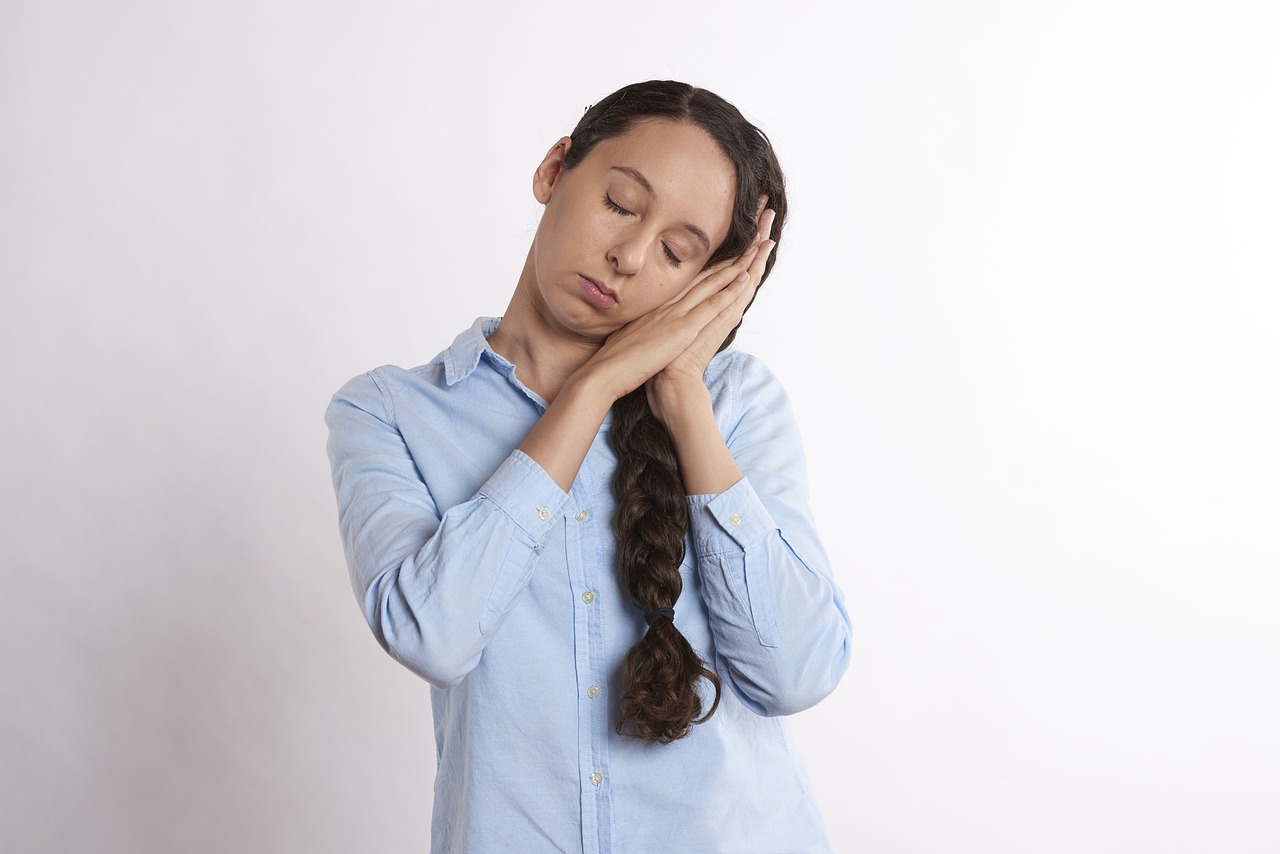 During slow wave sleep, the brain waves slow to what are known as delta waves with very occasional faster waves. Blood pressure drops, heart rate further slows and breathing becomes slower and more rhythmic. Eye movement remains non-existent, and the body is immobile. Throughout stage three sleep, most external disturbances pass unnoticed, and it can be quite difficult to rouse someone.

This is the deepest stage of sleep, and if someone is woken from it they’ll likely feel tired, groggy, and potentially quite disoriented for several minutes. What differentiates it from stage three is that the frequency of the faster brain waves decreases – stage four consists of delta brain waves exclusively. Blood pressure, heart rate and breathing pace remain very low, and the eyes and the body are still. Stages three and four are typically where younger children experience night disturbances and bedwetting.

During stages three and four of the sleep cycle, the body releases hormones to aid growth and repair of muscles and tissues, and appetite control in order to limit feelings of excessive hunger. Blood flow to muscles increases, providing them with oxygen and restorative nutrients. These are the two stages of sleep which most align with the old view of sleep being your brain “switching off.”

REM sleep is unlike any other stage of the sleep cycle. In spite of being at the “end” of the cycle, it is the lightest stage of sleep aside from stage one. The brain is bursting with activity, and the eyes begin to flicker and dart about. Breathing increases and becomes more irregular, as it is in lighter stages of sleep. Heart rate and blood pressure also rise.

An infographic detailing was to improve REM sleep

During NREM sleep, the mind is restful, while during REM sleep the mind is generally more energized. Brain waves are fast and desynchronized, in a way almost similar to being awake. This is the stage of the sleep cycle where the most intense and powerful dreams happen. REM is sometimes referred to as paradoxical sleep, with the brain functions mimicking that of a waking brain. The REM stage lasts a little longer each consecutive cycle, with the last one lasting around an hour.

The reason our eyes dart back and forth in REM sleep is still basically unknown. It’s theorized that they might be moving in response to the visual “stimulus” of dreams, but this is not confirmed. Like dreams themselves, it’s still somewhat of a mystery.

REM sleep begins with a signal from the pons – an area at the base of the brain. The signal travels through the brain to the cerebral cortex  – the outer layer of the brain which looks after thoughts and information. This is where dreams are believed to come from. The pons also shuts off neurons in the spine, which relaxes muscles and stops people from “acting out” their dreams. If this temporary paralysis doesn’t take place one may be suffering from REM sleep behaviour disorder, which can be quite dangerous.

Although REM sleep is the most psychologically similar state to being awake, it is the furthest point from wakefulness in terms of the sleep cycle. One cannot go from awake straight into REM sleep, but must pass through all the stages of NREM sleep first. The exception to this rule appears to be babies, who can fall asleep immediately into the REM stage.

A typical sleep cycle is not as cyclical as the name suggests. It’s actually more like a series of waves. To move from waking to sleep is stage one, then what follows is a movement through stages two, three and four, back to three and two, and then  to REM sleep. From the REM stage, the cycle then moves back to two three and four, then back to three, two and REM. The wave between stage four and REM sleep and back repeats over the course of the night.

Nonetheless, a typical night’s sleep does not always follow a neat cycle. In fact, the cycle is not actually very repetitive. In the first two “cycles” more time is spent in NREM sleep, while later on during the night more time is spent in the REM stage. Even stranger, the amount of time spent in each stage seems dependent on when one is actually falling asleep. Those who go to bed and rise early spend less time in REM sleep than night-owls – NREM stages are more dominant between 11pm – 3am, while REM is more prevalent between 3am and 7am.

Why Is The Sleep Cycle Important

In order to feel sufficiently well rested and to reap the health benefits of sleep, one must not just get the right amount of sleep but make sure that amount is “efficient.” Failing to achieve REM sleep results in sleep fragmentation, where one never feels fully rested. It also interferes with immune health, hormone production, and metabolism. An inefficient sleep cycle can produce the same side effects of sleep deprivation, such as low concentration, poor hand-eye coordination, drowsiness and low mood or irritability.

The Sleep Cycle And Napping

Knowing what we do about the sleep cycle means we can have better quality, smarter naps. For example, in order to retain skills or knowledge that’s just been learned, a full sleep cycle is required, and thus a ninety-ish minute nap would be more useful. However, if you’re simply napping to aid fatigue, it’s best to avoid falling too deeply asleep as this can lead to grogginess, confusion and even an increase in tiredness upon waking. Avoiding the deeper stages (three and four) of NREM sleep is recommended for a power nap, so fifteen to twenty minutes is what to aim for.

Another interesting phenomenon relating to the sleep cycle is what’s termed sleep amnesia. This refers to a lack of memory of the few minutes before falling asleep. It also accounts for the fact that often phone calls or conversations had in the middle of the night tend to be totally forgotten by morning. Another common occurrence of sleep amnesia is the waking up and switching off of a set alarm, seemingly totally unconsciously.

How To Improve Your Sleep Cycle

The amount of time spent in REM sleep decreases over time. Infants can spend as much a 50% of their sleep time in the REM stage, whereas for adults it’s more like 20%. In order to maximize REM sleep, one must be cognizant of the sleep cycle. Many of the best tips to improve your sleep cycle are the same as those designed to help sleep in general, such as a good night-time schedule, sleep hygiene, avoidance of caffeine, alcohol and rich food before bed, and having a well suited and comfortable sleeping environment. For more guidance, refer to Sleepopolis’ guide to sleep issues.

The post The 5 Stages Of Sleep — Cycles, Phases, and Improvement appeared first on Sleepopolis.

This post first appeared on Sleepopolis - Mattress Reviews, Independent & Unbi, please read the originial post: here
People also like
Experience Ultimate Relaxation Together: Discover the Benefits of a Couples Massage on Your Next Resort Trip!
It's Time To Rebuild
how to remove dark circles in 2 days
Fitness Routines For Busy Professionals
11 Ways Real Estate Market Will Change in Nigeria in 2023
Building Wealth and Security Finance
CBD Oil and CBD Gummies

The 5 Stages Of Sleep — Cycles, Phases, and Improvement